I recently downloaded a pack of TIFF mountain brushes for usage in Blender so I could sculpt my own terrain to look more realistic. The brushes can be downloaded here: https://www.youtube.com/watch?v=40glxZCyPeY

I brought one of the TIFF textures in and began using an anchored sculpt brush to place them down onto the subdivided mesh I prepared. However I noticed that the actual brushes were green, unlike a white colour list most brush alphas you'd expect. The brush strength is incredibly weak; even when turned up to 1.000 strength it is very weak and does not make much of a difference (see below). Notice how the texture is green in colour. 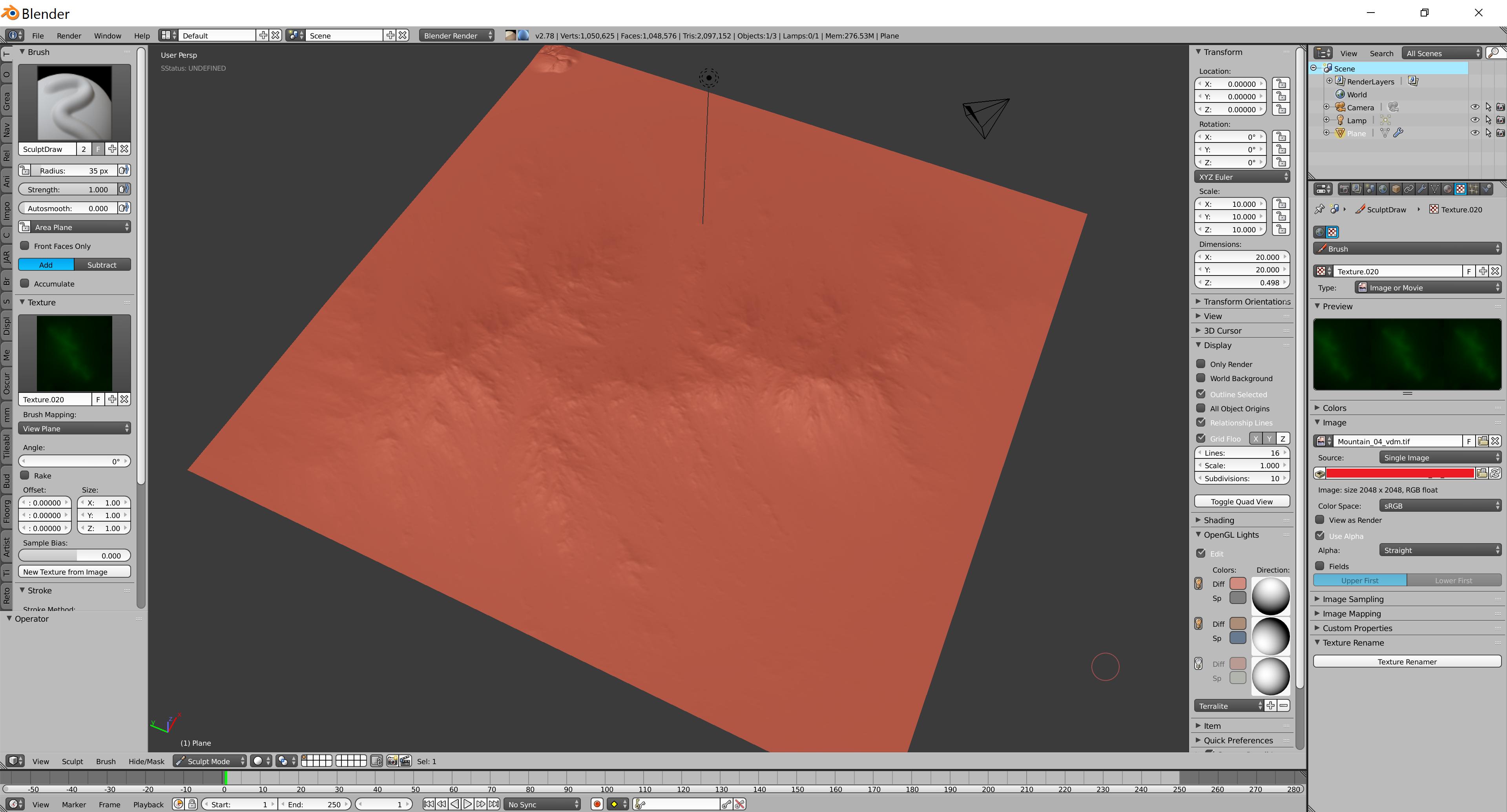 I thought I could go to GIMP and edit the images to be white, but when I loaded the TIFF file into GIMP the image is invisible, leaving only the dimensions of the image and nothing else. Perhaps I shouldn't be asking a question like this here but I am stumped. How can I make the images black and white without them turning invisible?

UPDATE: Tried out a method suggested to me. It makes the texture more usable but gives off these ugly rigid shapes on the sides of the mountain that don't look very clean. 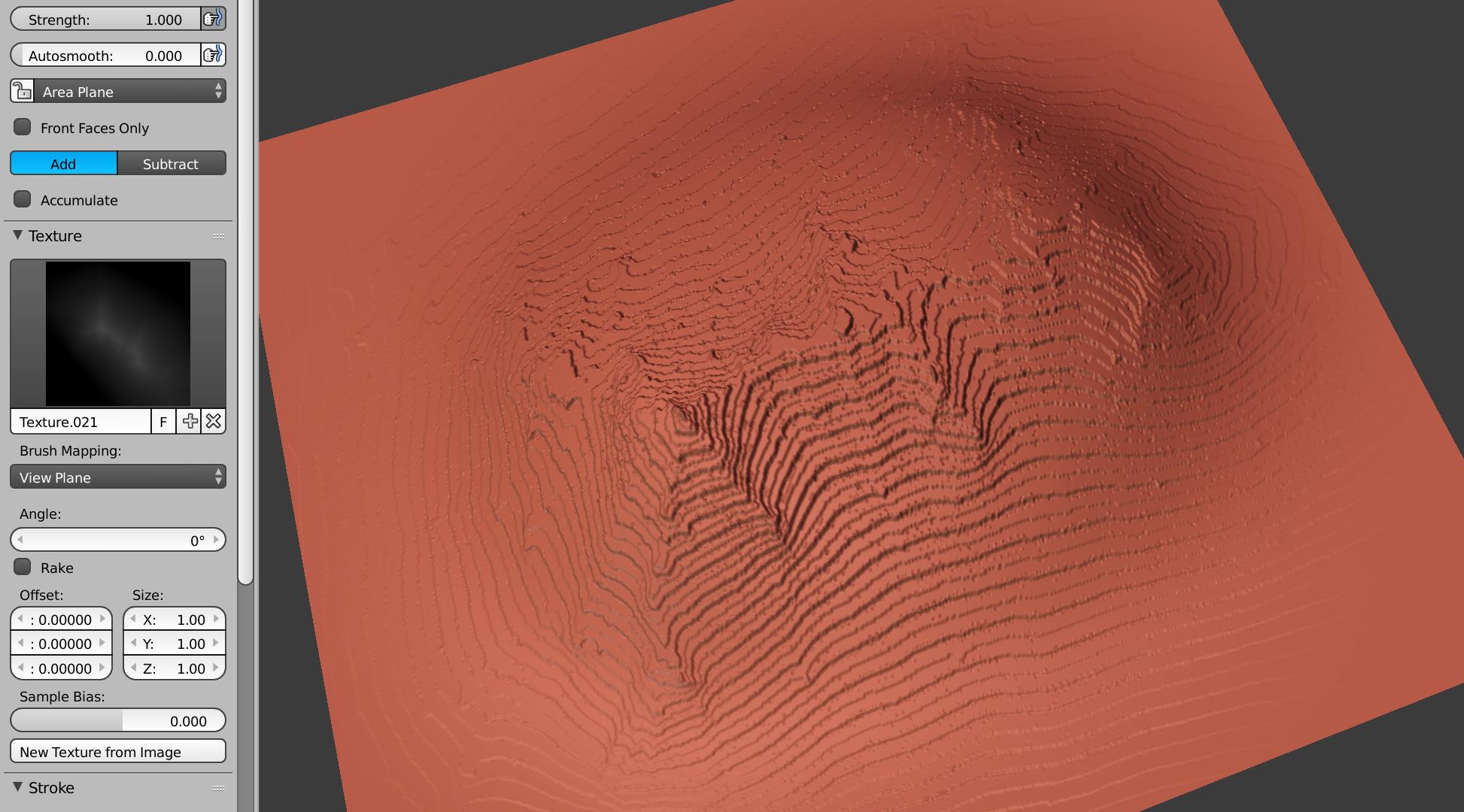 You can increase the brush strength past 1.0.

Just click on the slider and type any number between 1 and 10.

So, to convert them to usable images, open the Compositor, check Use Nodes, and delete the Render Layers node. Add an Image node (Shift + A > Input > Image) and click Open. Navigate to the texture you want to convert and load it in.

In the Render tab of the Properties panel, set the resolution to the resolution of the image you are converting (in this case, 1024x1024), and crank the % up to 100

We have now isolated the green channel, but the image is still really dark. To fix that, stick a Math node (Shift + A > Converter > Math) in between the Composite and Separate RGBA nodes. Since the highest value that any of them goes is about 0.35, then set the Math node to Multiply and set the second input to 2.75.

That should be it. Just hit Render and use that as the new sculpt texture. The process can be repeated for the other textures.

Edit: The "stripy" sculpts seen in the edit to the question are caused by color banding. To fix this, just change the Color Depth from 8-bit to 16-bit in the Output panel of the Render settings: 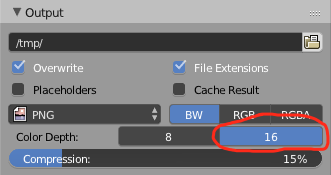 Not the answer you're looking for? Browse other questions tagged mesh image sculpting or ask your own question.