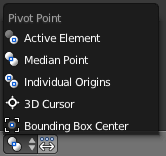 2
How to rotate bone perpendicular to plane with parent bone
1
Why do bones further down the chain get stretched when a bone is rotated?
1
Bone rotation behaviour based on hierarchy of individual bone axis like Maya
0
Child bone moving parent bone?
0
Bones with copy rotation rotate when the parent bone rotates
1
How does blender rotate parented bones?