How to Set Shape or Direction of Particle Trail 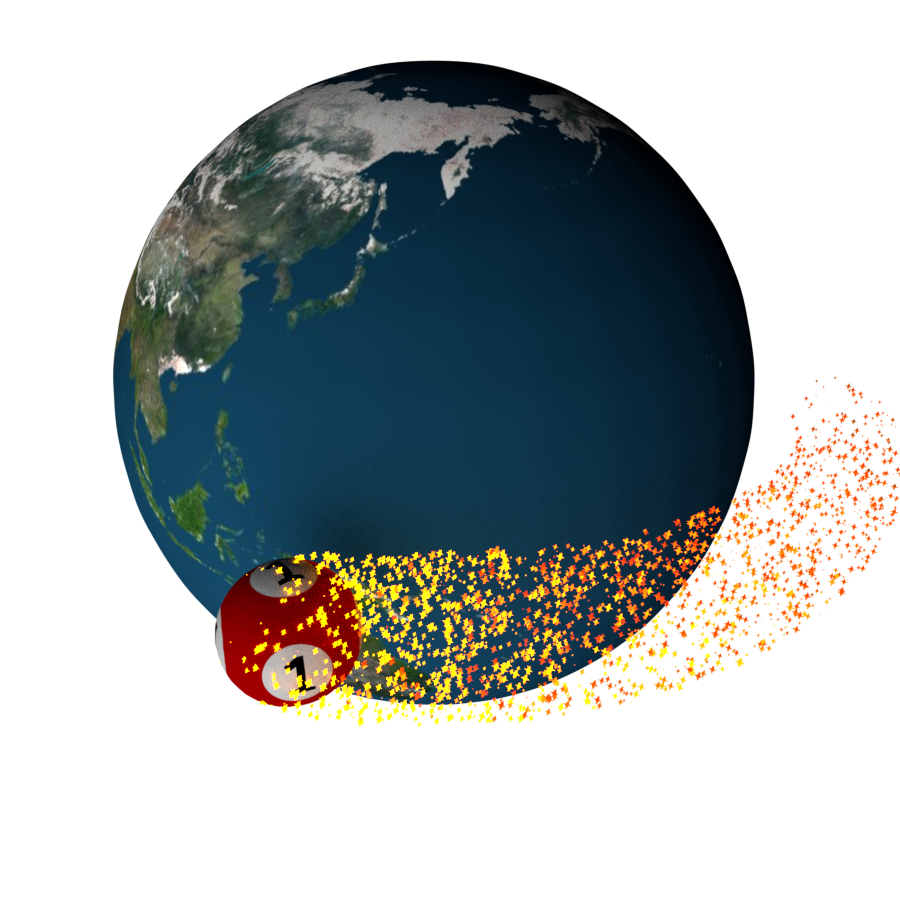 I can't seem to make the trail into a cone shape. Right now, the particles spread out from the emitter. I want them to start at the emitter radius and move closer to each other - to have a cone shape, with the smaller radius being the path the Ball is taking (there's an actual hidden line the ball follows).

In your particular case (with a spherical emitter) you might be able to get away with simply reversing the sign of the initial particle Velocity along the Normal. With a positive Normal velocity the particles will spread out from the surface. However, a negative Normal velocity will start the particles in a direction towards the centre of your mesh so they will naturally converge on each other. You will need to tweak the strength, particle life span and/or damping so that they don't cross over. 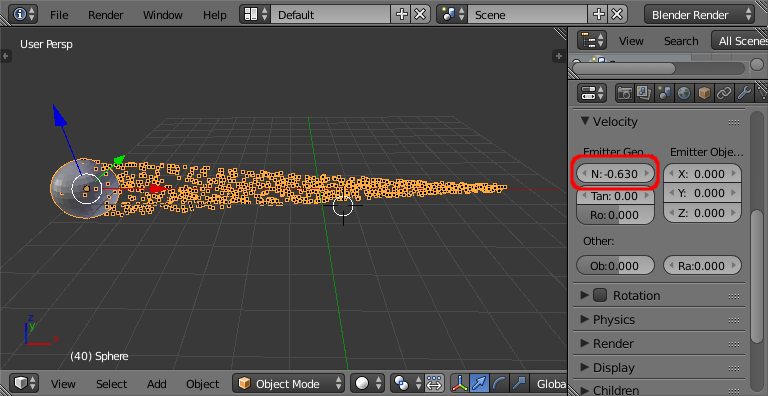 EDIT : To retain the 'engulfing' effect of the emitted particles, you can emit the particles from a separate (non-rendered) mesh that surrounds the original object. This will allow the particles to be emitted a distance away from the surface so that they surround it rather than emanating from within. 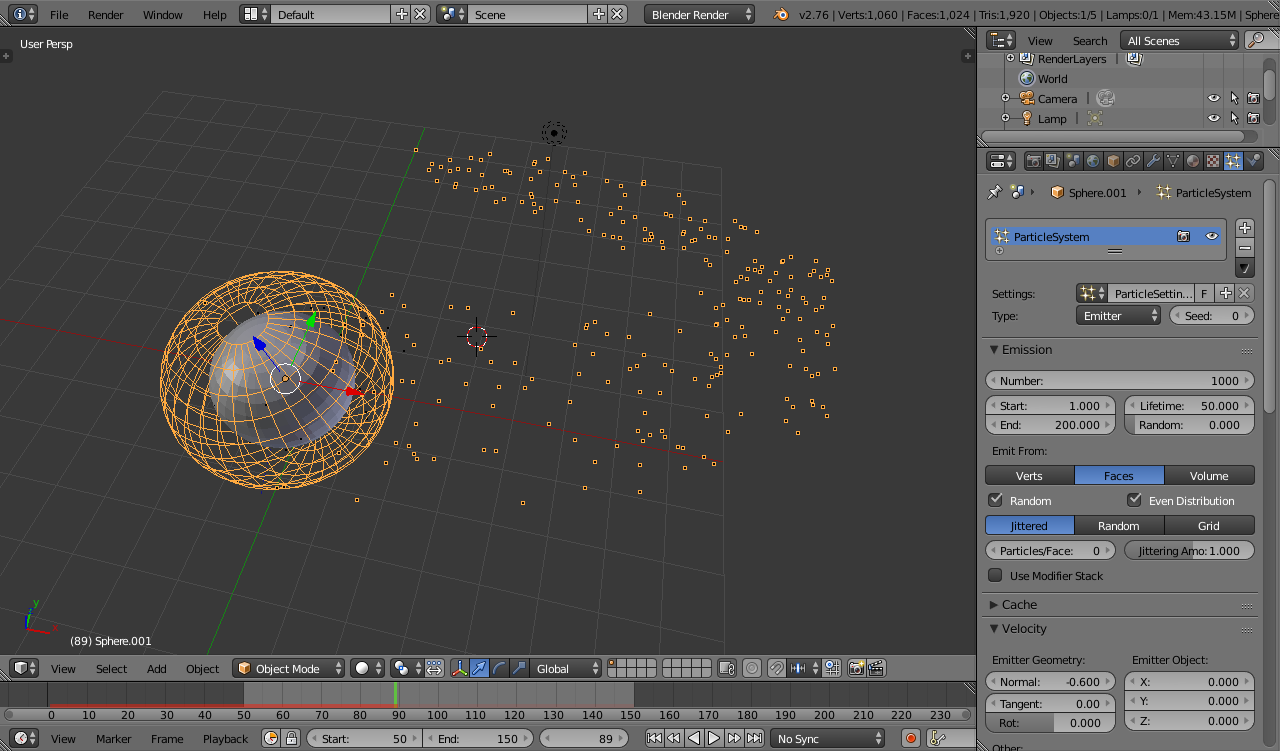 Note that the emitter mesh is set to not render. 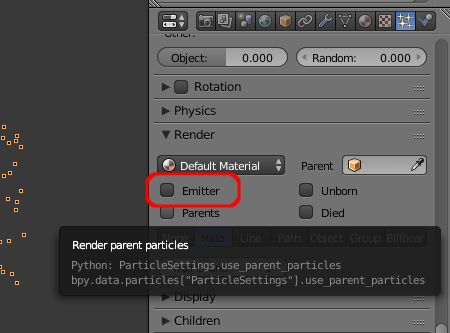 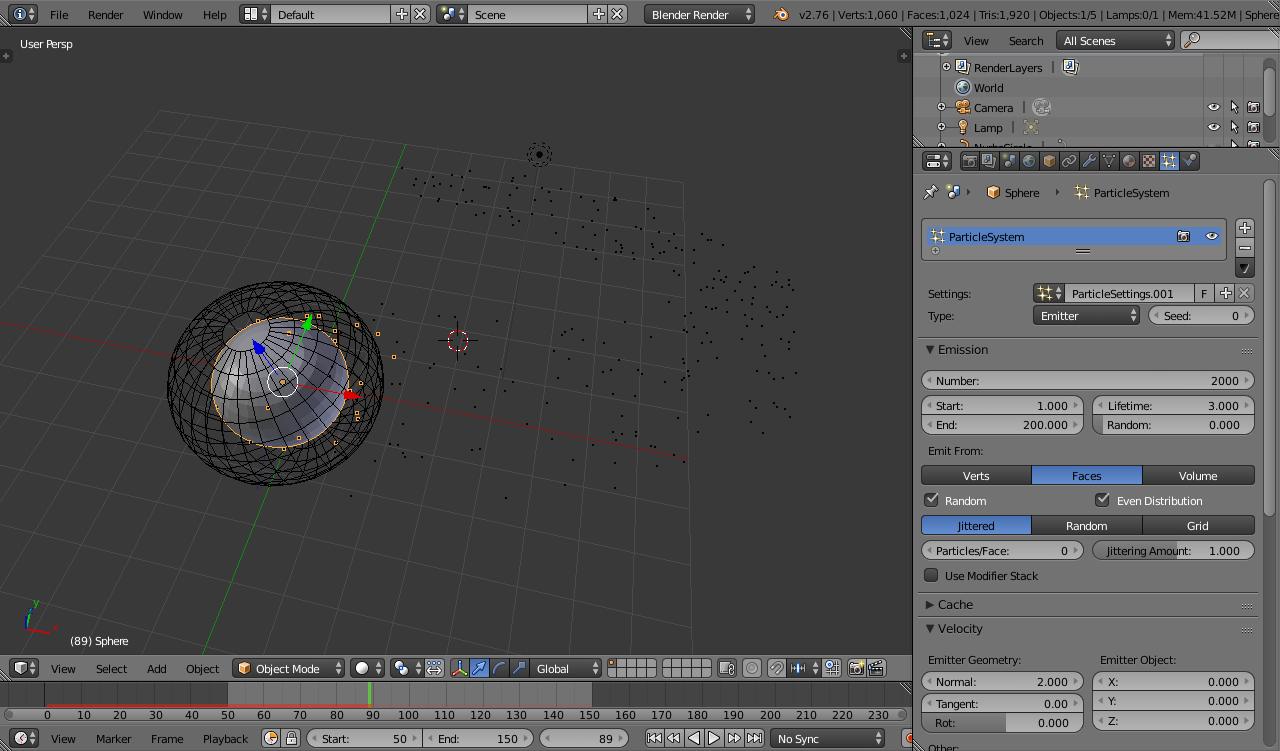 You could add Brownian motion or a turbulance field or other fields so as to make the particle path less linear.

0
Can this even be modeled? 3D modeling of flexible spheres in contact with one another
14
How do I achieve a particle trail effect?
4
How to give particles systems a moving target (key)?
0
Connect points of motion tracks with (smoothed) lines
0
leave light trail on path behind particles