Is there a good reason to ever start modelling with something other than a subsurfed cube?

I have concluded that starting a (reasonably high poly) model with a subdivided cube is always better than anything else. Even if I have to model a pipe, or a cone a cube is the better choice.

In the case of the pipe, if I start with a cylinder I have to commit to the resolution from the beginning, since Catmull-Clark subdivision doesn't work well on it and simple doesn't preserve curvature. It's also harder to create bends than with a subdivided cube where a single 45° loop makes for a nice 90° bend.

In case of the cone, the inability to create edge loops is enough to make the subdivided cube a better proposition.

The spheres have one or both of the above disadvantages depending on the type and orientation.

I have little experience with torus-like objects so I can't say anything about them.

Is the above conclusion right? If not, please explain why, or in which cases it is better to start with which primitive. 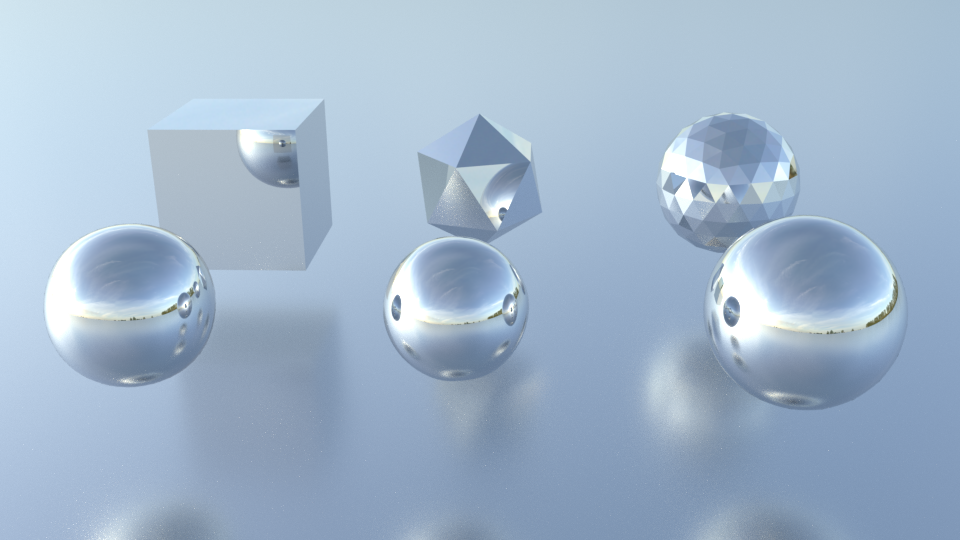 For a general starting mesh you really want two characteristics:

In the default set of meshes the cube happens to best satisfy both of these. However other shapes are still occasionally useful for certain tasks, I do occasionally use planes (for modelling things like ground terrain, its worth noting that the plane meets the above two points as well), cylinders and UV spheres (eyes mostly).

You're totally right. The Problem with other primitives than cubes, especially with cylinders is, that Subdiv and multiresolutionmodifier will not work correctly. That is because of Blenders geometric understanding. Normally a plane consists of three till four vertices. Blender can not deal with more because if one them isn't in the same level anymore than the others, the shape becomes unlogically. But in the case a cylinder, the faces has more than four vertices and Blender can't calculate subdivision correctly.

In general, all faces of your polygonal model should consists of a maximum of four vertices.

2
Constructing and bevelling a pie-slice
12
How to turn medical scans into models in Blender?
8
Create height bitmap from mesh
0
How can I tell if my mesh is detailed enough for boolean operations?
0
Extruding 3 circles from a uv sphere, general modeling advice
0
Something Wrong With Rubik's Cube Corner Part Measurements
2
How do you add a fillet (bevel/bridge) between two complex shapes?