Material only assigning to part of object, not all of it [duplicate]

EDIT: I've since discovered that the issued stemmed from the fact that the light wasn't shining on the black areas. Change it to hemi and the problem is fixed.

I'm new to blender, but I have a grasp on the basic functions. Supposedly. I've gone through an excellent course on it, but I'm still a bit lost in the area of materials and textures.

I am currently trying to texture a roof of a hut. Despite the fact that I've selected the whole roof in edit mode and assigned the material with the texture on it, only part of the roof gains the texture - the top. 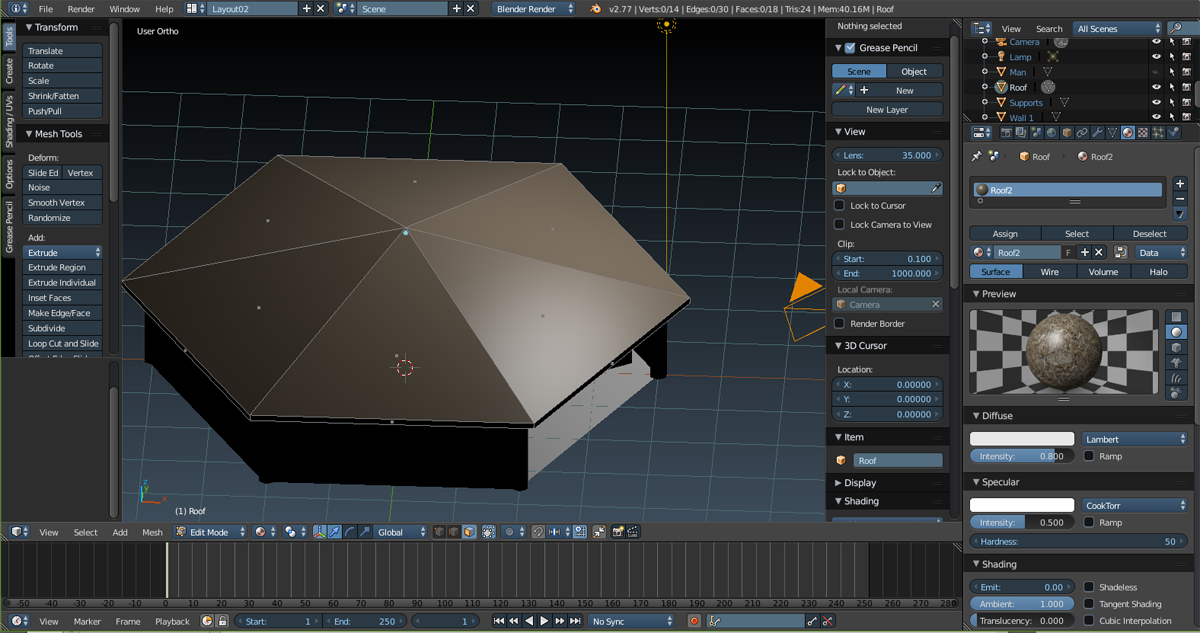 Note: The top of the roof is tecturing properly: it looks solid because I'm in material view, not render. That's not the problem. The problem is that the texture is not assigning to the whole of the roof. Not the black edges of the roof, and the underside (if you open the project linked below). Those areas need to have the texture.

Why is this? I've tried to assign the material to the whole object multiple times, even selecting only one or two faces that were not affected. I can't tell if the material is ignoring the faces, the texture is, or both are (since the material looks no different from the rest of the hut for some reason - a way to tell that would be nice if I'm missing it).

I want the texture on the top of the roof like it is, but also on the sides and underside, which you cannot see in the picture. The roof is a single object, separate from the rest of the house.

You need to unwrap your mesh to your texture - select all the faces in edit mode and press 'U' to unwrap, and choose your preferred method.To test, I set my view to Top from the numpad ) and 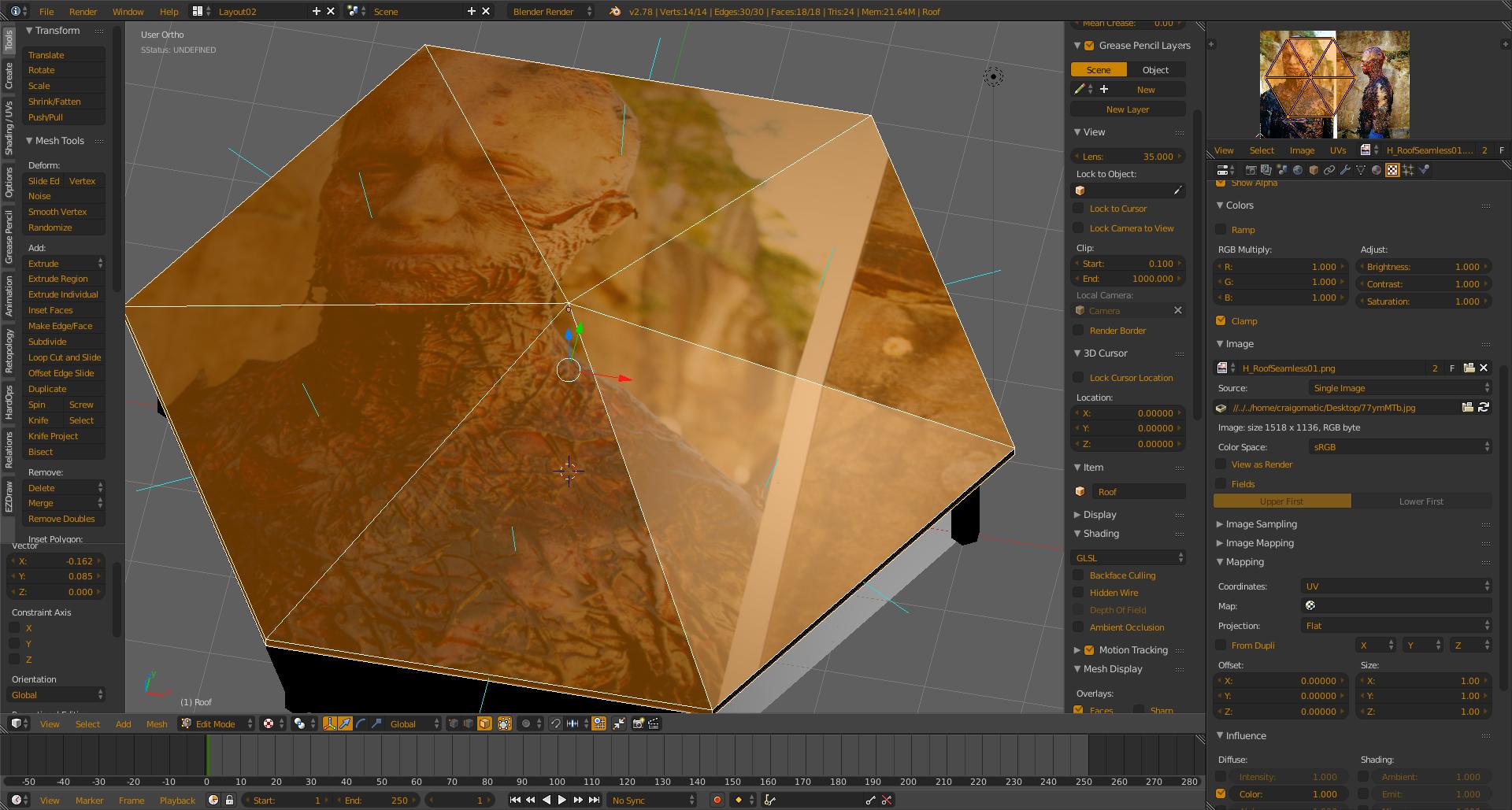 used 'U, Project from View" and loaded my own image since yours wasn't packed in file.

You still need to edit your mesh to include a seam. I chose the vertex loop around the bottom edge of the roof, and then also (in edge select mode) the edges that were vertical tha tconnect the top to the bottom of the roof, and pressed ctrl-E and choose 'mark seams'. Then with all the faces selected, I pressed 'U' for unwrap and then scaled the whole island up in the UV Image Editor to set the scale for the texture against the uvs. The image texture then sits on all the faces, and since it is a tiling texture it works pretty well now. 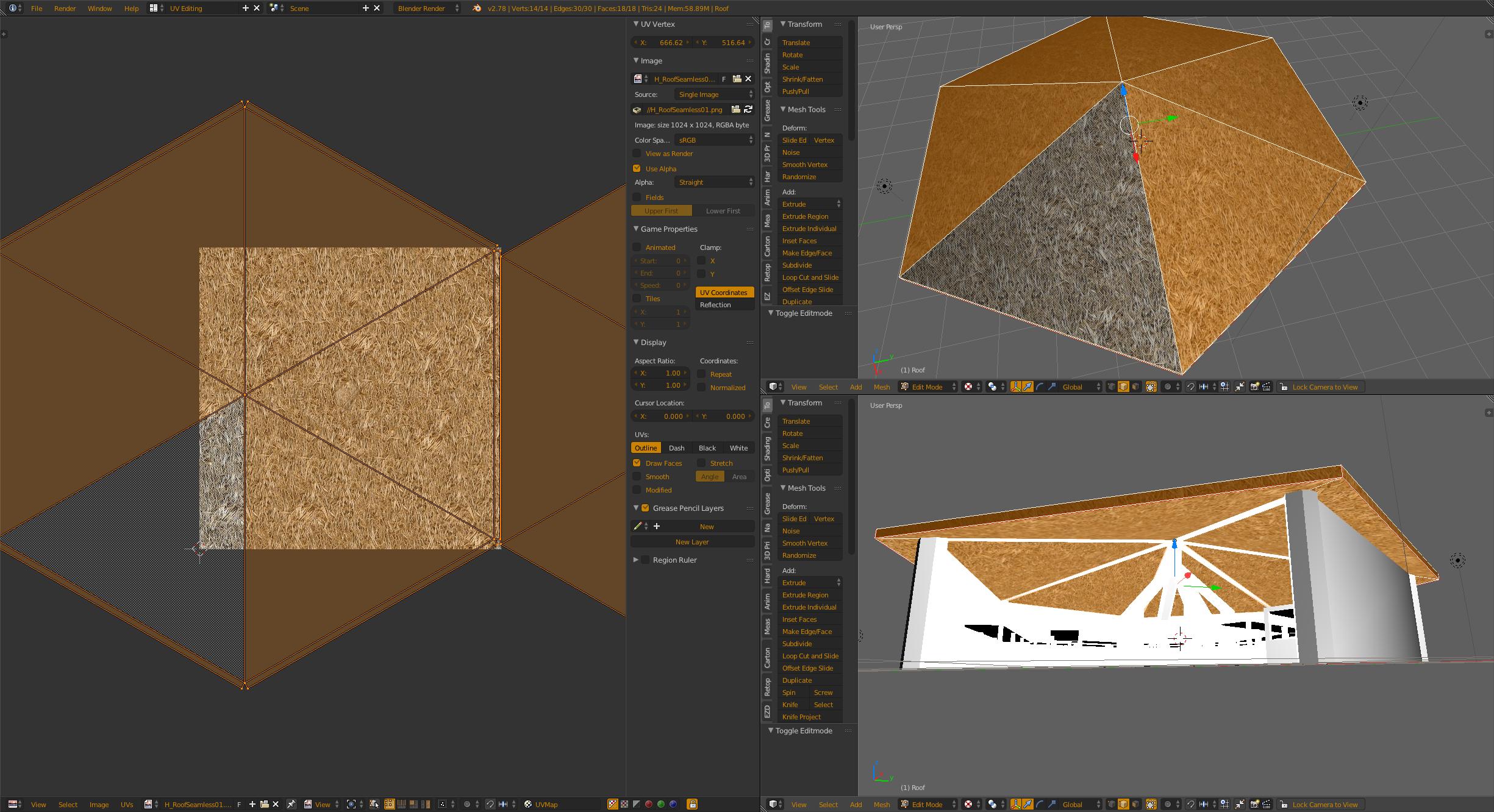 The updated .blend file can be found here:

Not the answer you're looking for? Browse other questions tagged texturing materials faces or ask your own question.

0
How Do I Get a Material to Assign to All Faces?

3
Normal map on only part of the material
3
Apply Texture only on parts of Object with nodes
3
Why do materials & textures look different in material mode & Cycles render mode?
0
How Do I Get a Material to Assign to All Faces?
0
Donut tutorial: Condensation for coffee cup not adding
2
Assigning a new material to a face makes it transparent
1
How to prevent Blender randomly flipping textures assigned to a face of a cube
1
Object-Specific, “Material Preview” Viewport Shading?