How to add green screened footage to this scene?

I'm looking for advice on different ways and work flows for an animation idea. i want to get video footage of a human standing on the look out tower in my scene below (WITH) the 3d camera moving 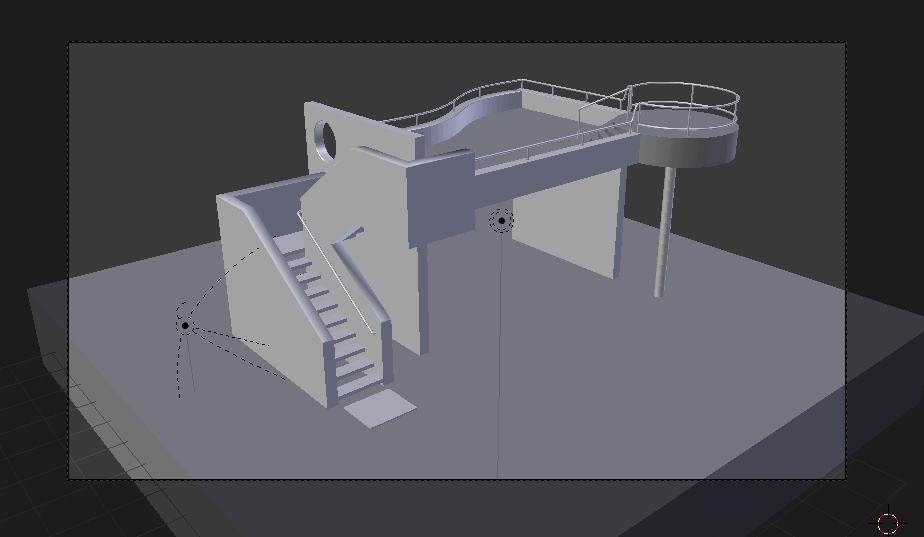 2. Adding a video image sequence with alpha to image planes and removing the alpha.

Overall i'm rather confused. Any advice right or wrong would be appreciated as there is little info in this subject

Integration of CG and shot footage is tricky: it has to be done carefully and with the end goal clearly defined.

When you shoot your green screen element, add enough markers on it so that you can track it later. Plan the placement of your trackers so that you get a good idea of the actual geometry of the location used. Pay special attention at the places where the tracking marks might overlap with the foreground elements, try to avoid placing markers that are going to be blocked, or that might create probrems with the key.

No you don't need a massive green screen to pull this off, you just need a green screen large enough to cover the edges of the person you want to superimpose on the scene. The rest you can take away with masks (creating what is called a garbage-matte)

Keep accurate notes of what camera was used, the sensor size, lens, camera height, distance to the subject and do include some element on the shot that will help you determine the scale. For example if you set tracking points and measure the distance between them you can later have blender use that scale. To set the scale properly you need to have at least one known distance in the scene.

Do not use a zoom in the shot (as blender cannot deal with variable focal lengths yet). Shoot a distortion chart with the same lens used for the shot to determine lens distortion.

After the shoot bring the elements to blender, track them and reconstruct the scene. and combine the elements using the compositor.

Keep in mind that for a better integration your 3D scene needs to be in a scale that matches the real world.

The whole procedure and workflow is not within the scope of this site but there are plenty of videos out there that can help you. Sebastian Koenig's "Match, Track, Blend 2" series should give you enough information.

Before you do anything please read: How can I get better results when doing camera motion tracking?

If you get stuck please ask specific questions in different posts.

Cegaton has a great answer, but I would go about it a different way.

There it no reason you have to make a full 3D camera solve, and you probably do not have enough space to shoot for it.

What I would do is approximate it all. Animate your 3D camera first, then shoot the footage of your actor with the same motion in mind. If you are going for a medium to long shot, it does not have to be anywhere near perfect.
Now you do not need to move the camera in the same path, at all. Say all you are going to do is have the camera fly around the look out tower, then you could shoot the actor on a turn table, and keep the camera stationary on a tripod (and use a small green screen).

I would place an empty at the spot in the 3D scene where the actor will be, then in after effects use that empty's location to control the position of the clip of your actor. 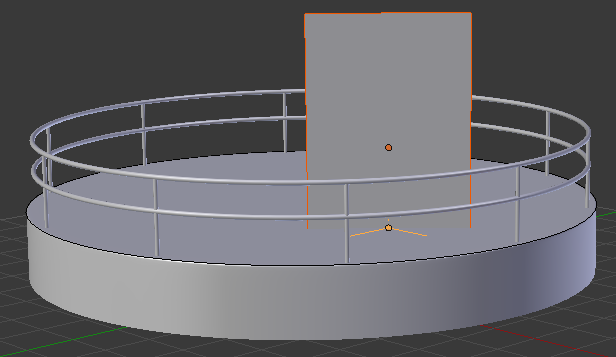 Here I have a plane and empty selected, the empty is the empty I talked about earlier, which will serve as the position reference point.
The plane is nothing special, all it does is block everything in the scene that would be behind the actor. It has a holdout material. This is only used to get the elements in the foreground with a alpha channel so that the actor can be composited in.

The second time you render the scene, to get the foreground elements with the hold out shader plane, you only need to render the part around where the footage will be. Save yourself some time and use the Render Boarder CtrlB to only re-render the part you need (as shown in the image below). 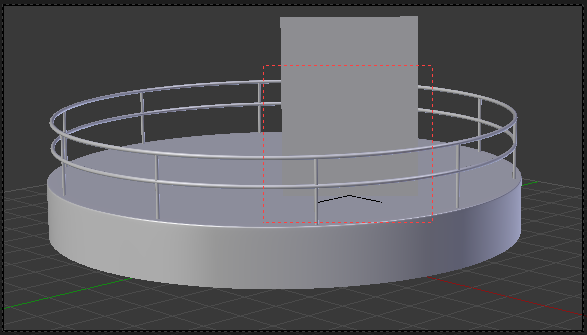 This gif shows the different layers, to make up the composite.

Not the answer you're looking for? Browse other questions tagged cycles-render-engine animation blender-internal-render-engine compositor or ask your own question.

24
How can I get better results when doing camera motion tracking?
4
Compositing video layers in 3D space
0
composing green screen video behind objects in 3d scene

1
How to mask stabilized footage
5
Inserting green screen footage into 3D space
4
Adding multiple green screenplates into an animated 3D environment
2
How to Add Shininess on this Sun Object?
1
How to get an empty tracked by a camera to move smoothly between keyframes
0
Going from 2D Mocap to 3D emptys?
0
How do I properly use core matte to keep green section of shirt on using green screen keying?