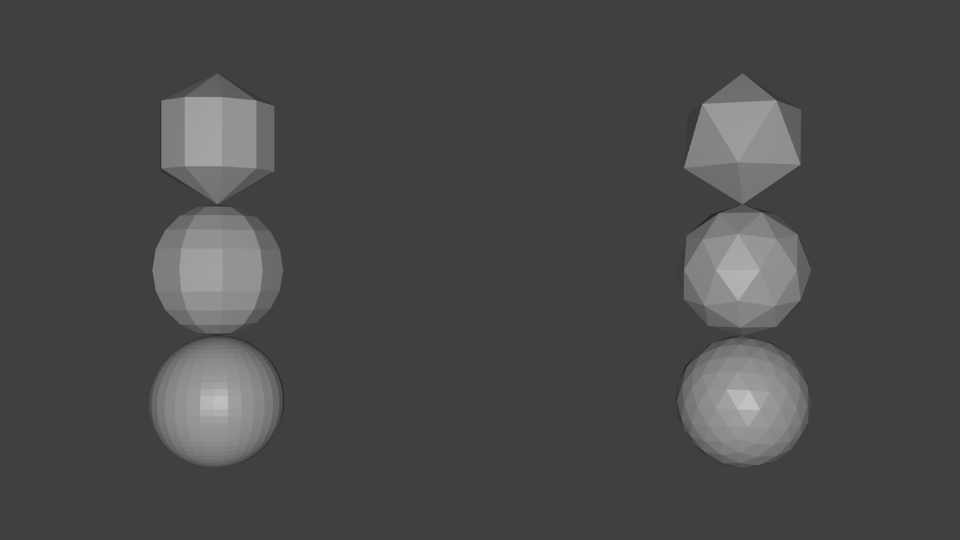 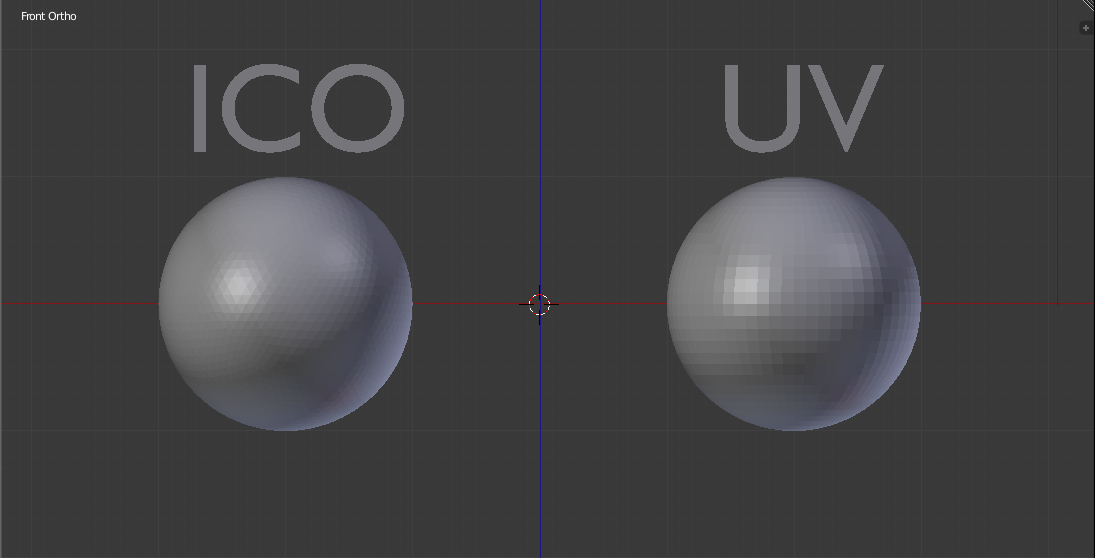 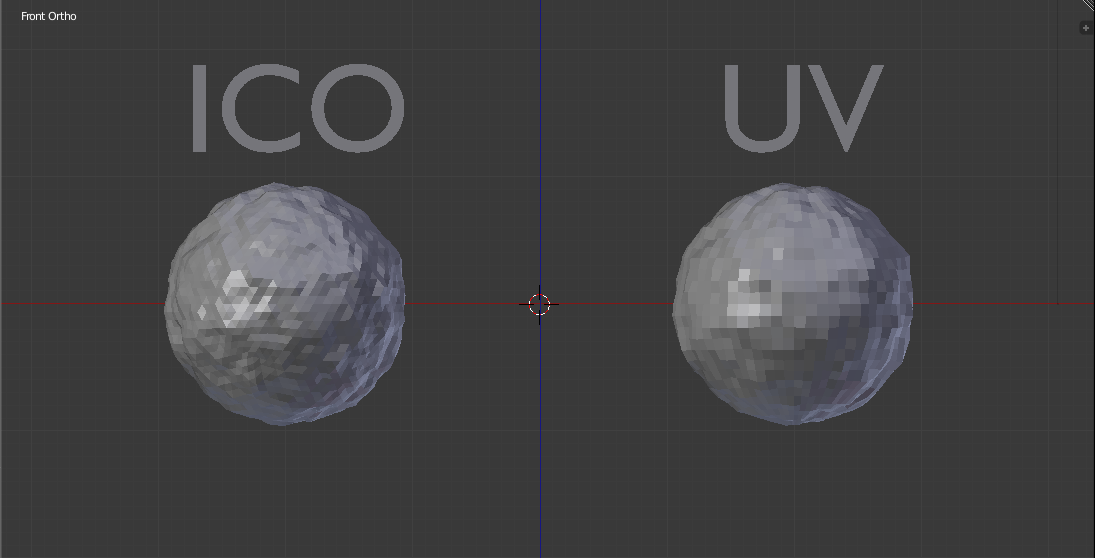 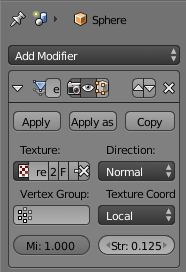 At the risk of beating a dead horse, another practical difference between the two is that a UV sphere has a distinct bias - it has poles.

When I'm making things like spaceships, they are usually elongated cigar-shapes with a symmetrical cross-section, it's far easier to shape it when the sphere has poles at each end, and all 'longitudes' run from nose to tail, while all 'latitudes' are cross-sections. That would be a big pain if I were to try to use an icososphere.

Contrarily, if I wanted to create something like a billiard ball, which should be uniform in any orientation, I'll use an icososphere. 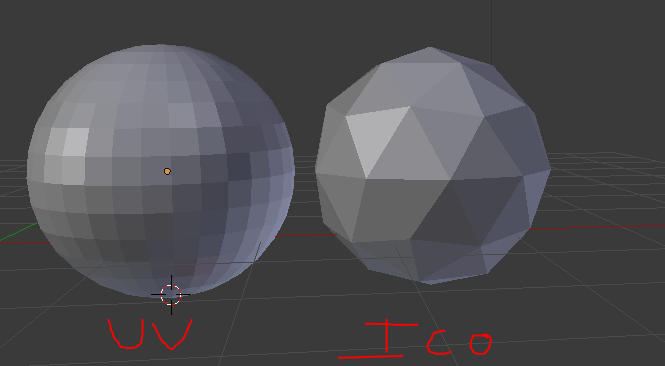 33
What is the best way to unwrap a sphere?

1
How do I split the edges on all objects in a scene with a script?
0
How to smoothly combine objects at a right angle?
0
Eevee to Cycles Render Issue: Some meshes render in a different location
2
How do I import XYZ AND a fourth parameter that adds color to my objects?
1
When modeling meshes, some functions don't seem to complete
1
How do I separate these objects and/or combine them?
1
My renders are stretched and I don’t know what I did to make it this way
0
Text mesh topology problem, with overlapping characters