Why does my cycles-rendered heightmap have wrong values?

I've been trying to render a heightmap using cycles.

To that effect, i've set up:

2) An orthographic camera scaled to perfectly match the plane.

3) A cycles emission material set up in such a way that its final emission value is geometry.blue (z-axis position) -> math.add 0.25 -> math.multiply 0.8. 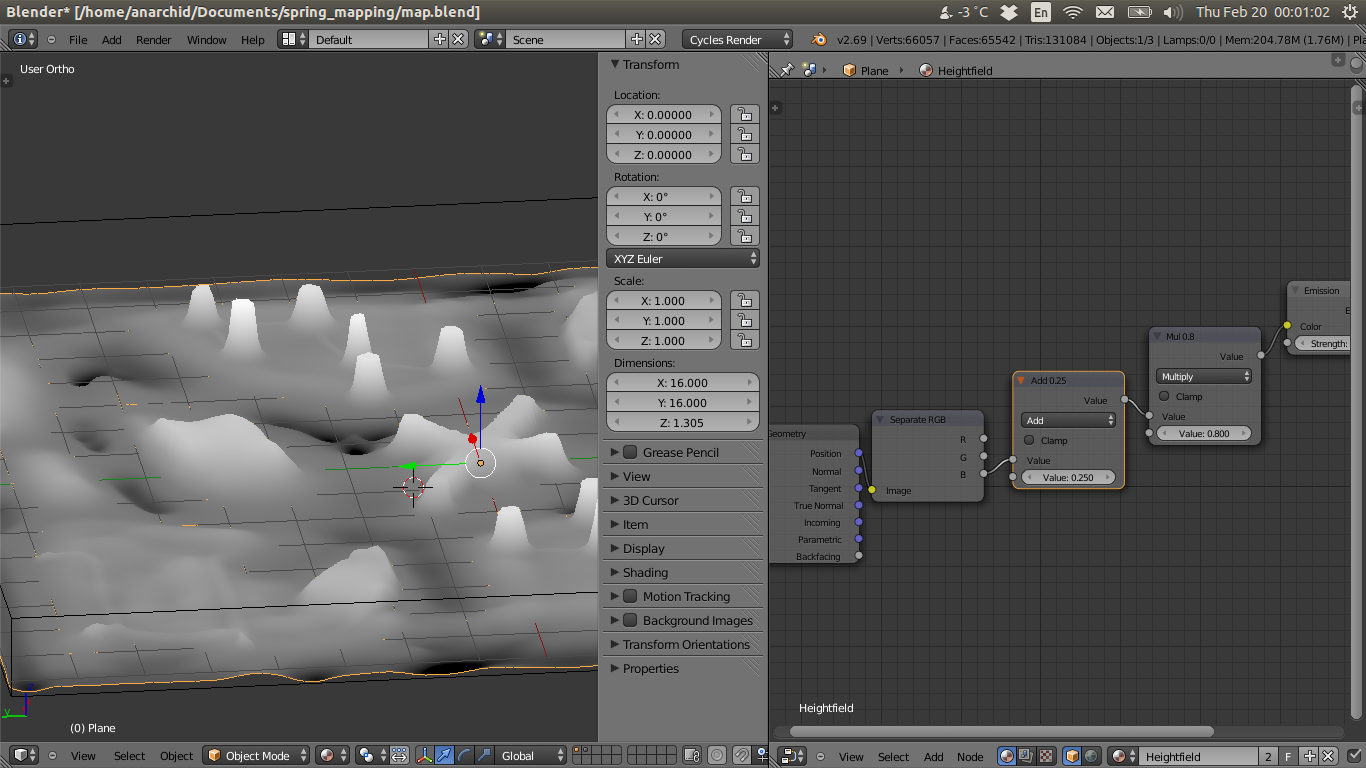 I render this to a 16-bit grayscale png image. 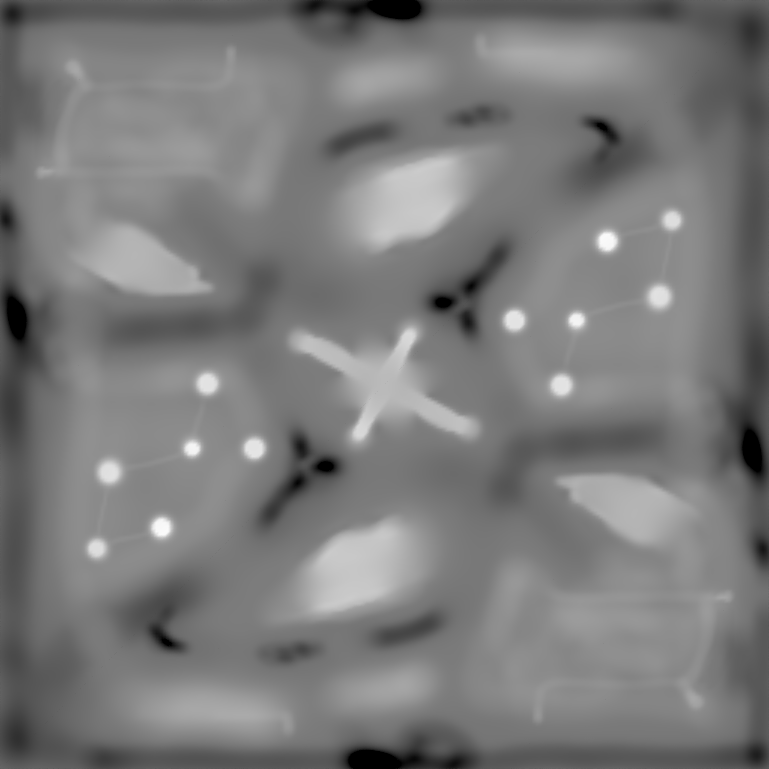 The issue is: The resulting heightmap's pixel values are slightly (or not so slightly) wrong - i.e, different from what the math should say.

Upon some asking around in #blender, i've eliminated the following possible sources of trouble:

None of these fixed the problem.

If anyone feels like poking around instead of guessing around, i've also put the blend file to here.

This is probably due to blenders color management. You're expecting a linear relationship between the height of that part of the object and the colour of the pixel. However whilst the luminosity/emission strength of that pixel should be correct, when you render your image these values will be converted to an sRGB color space, and the values will not be correct. 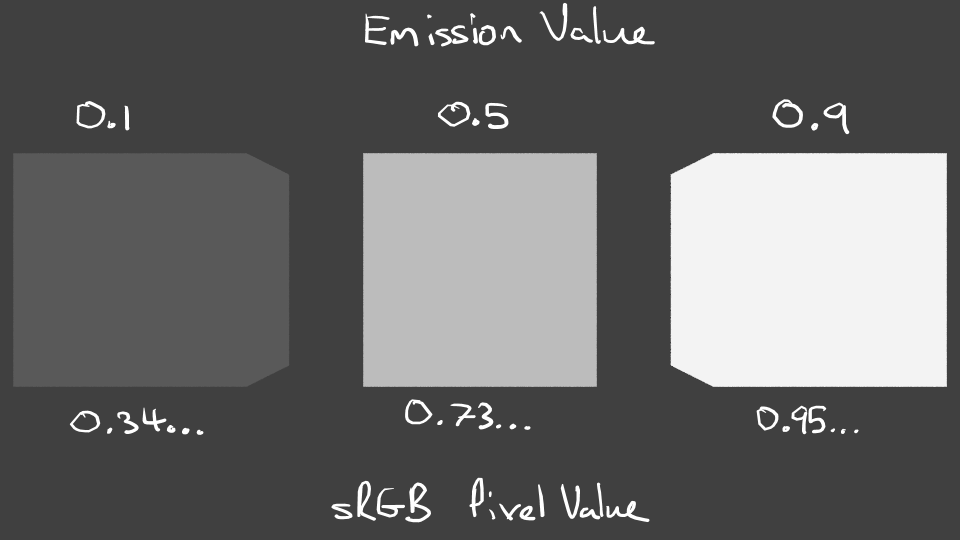 What you need to do is set your display device to "None" in your colour management settings. This will leave your rendered values as Linear Values and not convert them to sRGB. 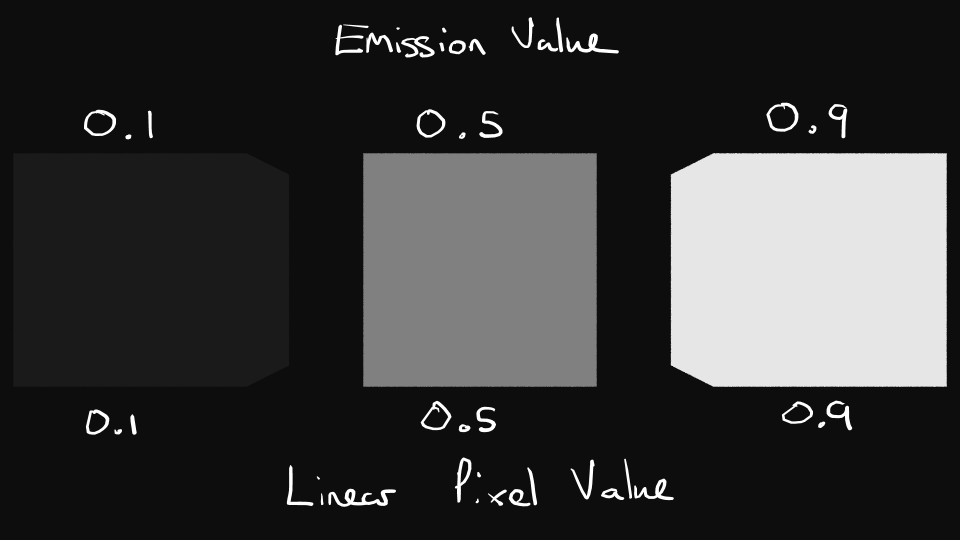 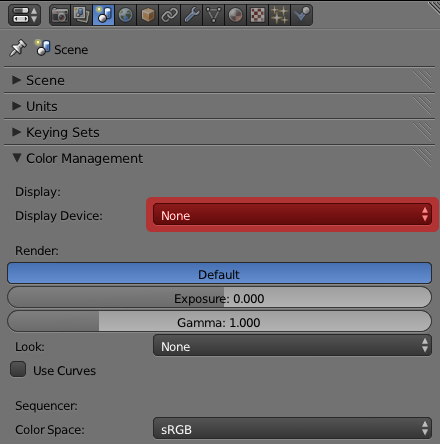 6
Surface detection
6
How do I get a cycles render that is similar to the default OpenGL viewport render?
4
Create and manipulate height-map, save as greyscale texture
2
Can Blender make alphas?

5
Animate material with a sound
6
Why does this add shader create so much noise?
5
Vertex colors are wrong value?
10
How does Blender lights work in Cycles regarding intensity?
1
Blender 2.8 - Objects Are In Different Position -- Rendered EEVEE View To Cycles View