How to scale only one side of a mesh/scale unevenly?

I'm trying to scale a cyllinder, but keep 1 side the same, like in the image. You can see there that a cyllinder (represented by a black rectangle) has a certain size, but I want to make it uneven, like a cone that does not end in a closed point. Just a cyllinder with one wide end and one narrow end, represented by the red lines. You can see a wide and narrow/normal end. ]

How do I do that? 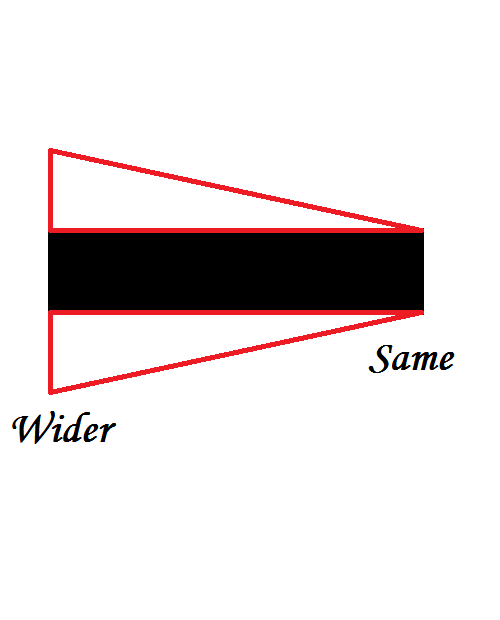 Then select the vertices at the end of the mesh that you want to scale. Press S to scale. Drag them to the size you want and then scroll the mouse wheel (or equivalent) to change the range of the proportional edit tool until you have the desired influence. 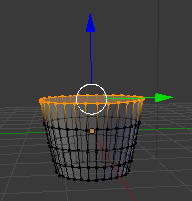 I've purposefully used a cylinder with a number of loop cuts in the image above to demonstrate how the rest of the mesh is affected by the proportional edit.

For Blender 2.8+ the interface changed, the Proportional Edit button has moved near the top center of the interface:

This is what it should look like after setting it properly

Remember to turn back off once done.

Simply selecting a face and scaling it, is perfectly appropriate where there are single faces for the sides of an object (such as a simple cylindrical primitive) between the ends of an object one is trying to proportionately scale.

However, the moment one introduces something like a loop cut in the middle of that, as was nicely exemplified in the pic for the first answer, simply scaling normally would only affect the mesh between the side one is scaling and the edges formed by the closest loop cut to it, not the whole mesh.

Tab into edit mode, select the top or bottom face and hit S to scale.

31
How do I scale from one side side only?
4
How to mirror an object along with its local transform orientation?
3
Scale along Z-axis only
0
How to deform one side precisely?
1
How to imitate scaling a mesh in Edit Mode without Edit Mode (ie. keeping object transforms at 1, 1, 1 with modal control of the scale)
0
View gets messier as I advance in a project