so I got myself a new mouse (Logitech's M560), and I've found out that Blender kinda ignores its middle button (as in, rotation, panning and other functions that need this button don't work). But only with this mouse, and only in Blender.

I'm thinking it's happening because Blender has some problem with Logitech's fancy Unifying drivers that apparently work differently than normal mouse drivers, or maybe the whole SetPoint business? (I don't know, that's only my speculation).

So I thought I'd ask here while waiting for a response from their support. I'll appreciate any advice, thanks in advance.

With the normal 2 click mouse you can pan and rotate. Go to user preferences and follow the settings given in image below 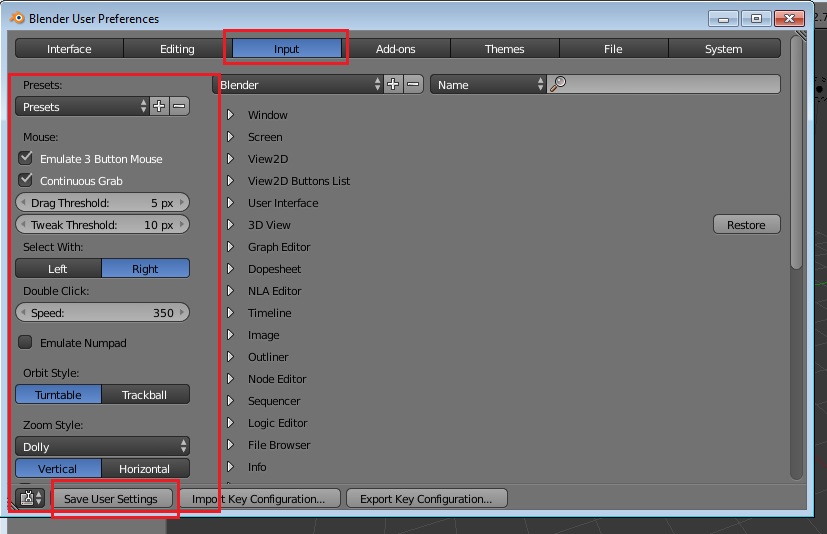 To rotate the view, hold the Alt key on the keyboard while pressing the Left Mouse button and moving the mouse.

To pan, hold Alt and Shift keys while pressing the Left Mouse button and moving the mouse.

Not the answer you're looking for? Browse other questions tagged 3d-view shortcut 3d-mouse or ask your own question.

0
Can't navigate in the 3d view