Why are the highlights and specular gloss disappearing in this toon shader setup?

I've been rebuilding Irie's famous Toon Shader (a la this blendswap) because I have exactly zero skill is OSL and I don't know about you, but I can't even run the silly scripts.

The good news is, I recreated the 'toon' material - the bad news is, I've tried to recreate the 'edge' material, with not as much luck. I'll explain.

Using the basis of the shader's hackyness (what with the flipped normals of a solidify modifier, according to this stackoverflow reponse) I can get those crisp black lines. Problem is, for some reason, the transparency of the Transparent BDSF isn't... transparent. A picture is worth 1000 words, so here's what I mean.

The modifier set up. Let's pretend the 'flip normals' is selected, I was messing with things when I took a screenshot of this. 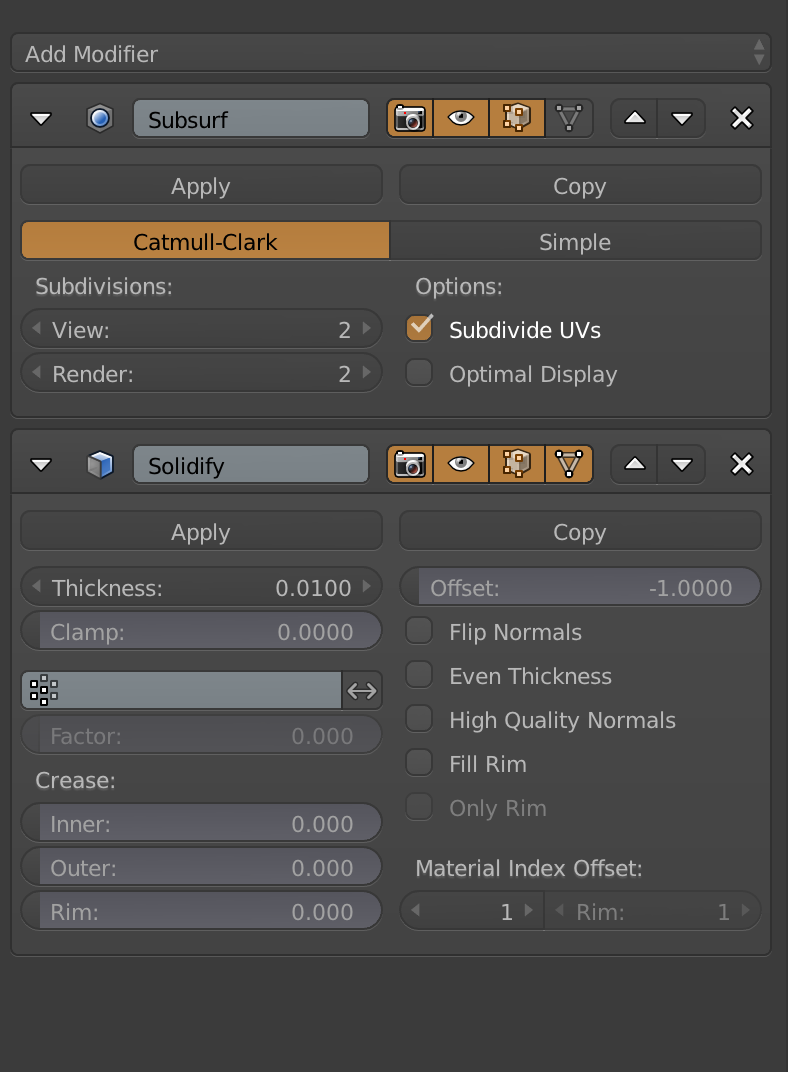 The node set up for the edge material, based on the suggestion on blendswap 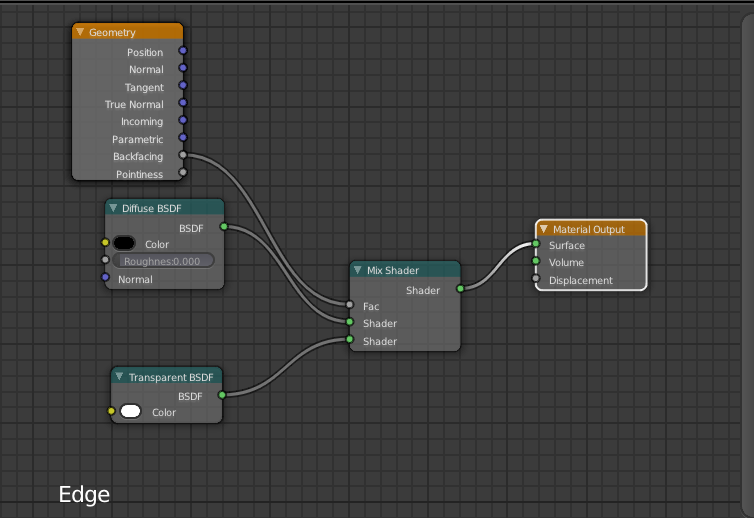 And the output of said set up. 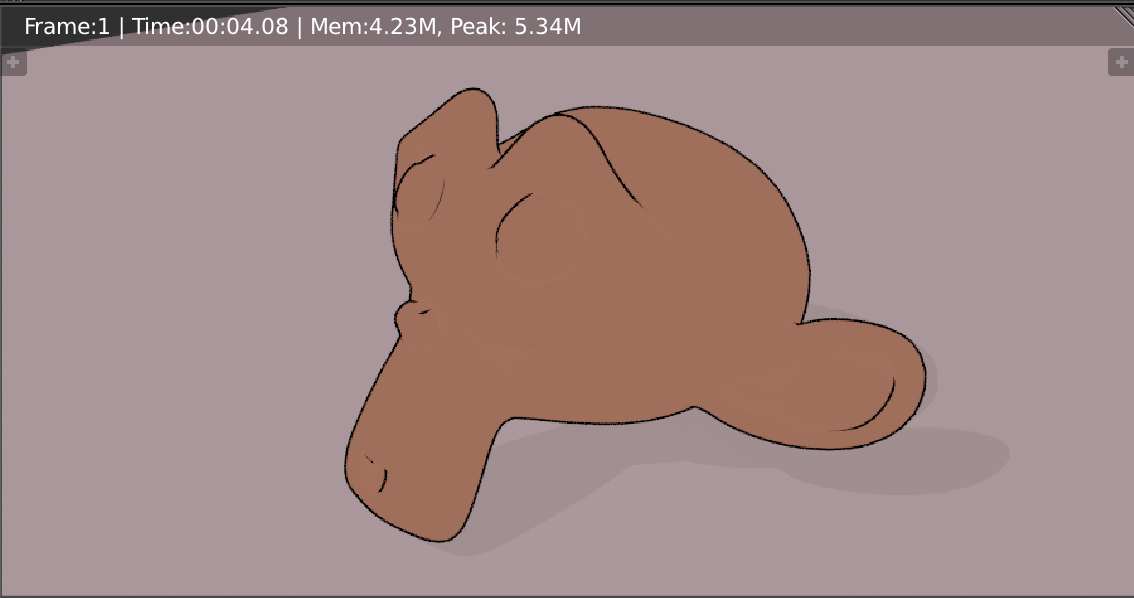 Those edges sure are beautiful aren't they? What could possibly be the problem, you ask. Well, the transparent BSDF (or maybe the backface cull, I'm not even sure) is eating my highlights and specular gloss shines. Without the solidifier, my 'toon' material looks like this: 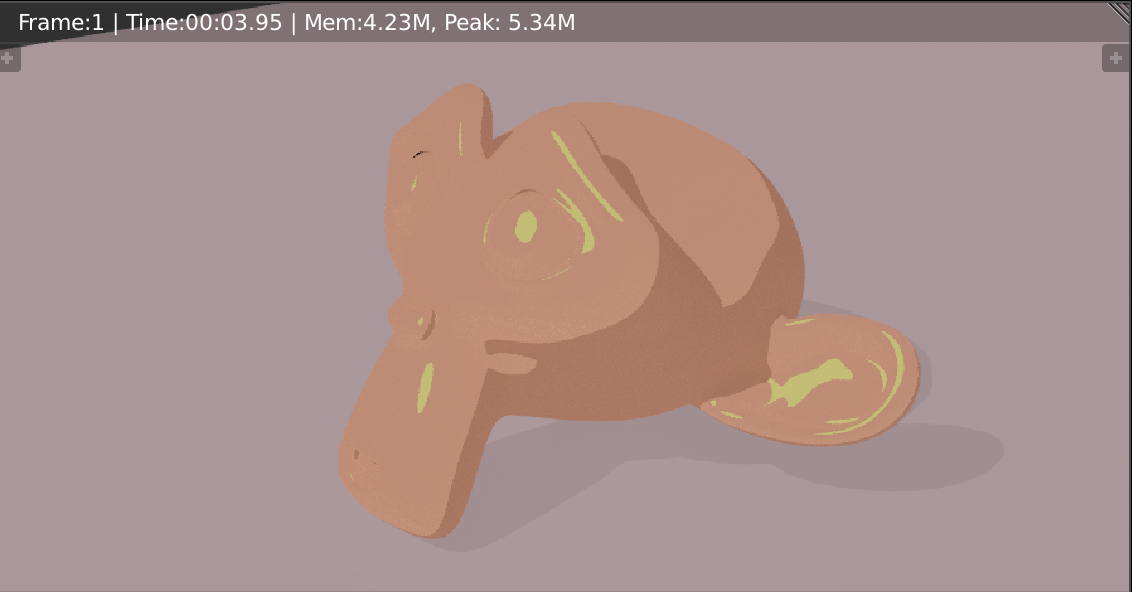 If you look at Irie's original project, the glosses and highlights definitely are not supposed to be eaten up by the solidify modifier - just lay on top, all pretty like.

So to sum up - why the heck is my node setup eating all of my lighting? And how can I fix it?

If I'm understanding you correctly, then I think this covers what you are missing: 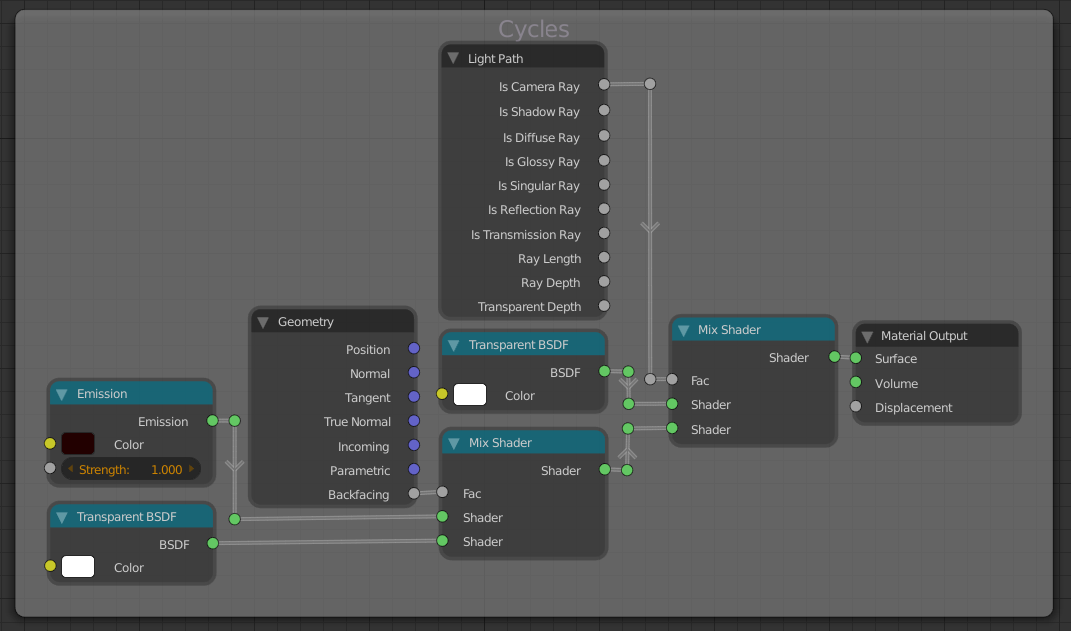 See the whole article from BlenderNPR for the full explanation: http://blendernpr.org/solidify-modifier-contouroutline/

39
Is there really a way to make a true toon shader material in Cycles?

6
Why does this add shader create so much noise?
0
How to make toon shader more realistic and clean crooked shadow in models?
0
How can I make the materials for this toon fluid simulation?
2
Why isn't this object becoming transparent in the render?
3
Nodal Setup for Diffuse, Emission, Normal and Specular map in Cycles Render
1
Why are my donuts appearing lIke this
0
Why isn't the shine/gloss showing on the character when I render?