The Cube should rolle like a cube should roll^^. In some cases the rotation goes wrong in case of a gimbal lock? How to avoid that? 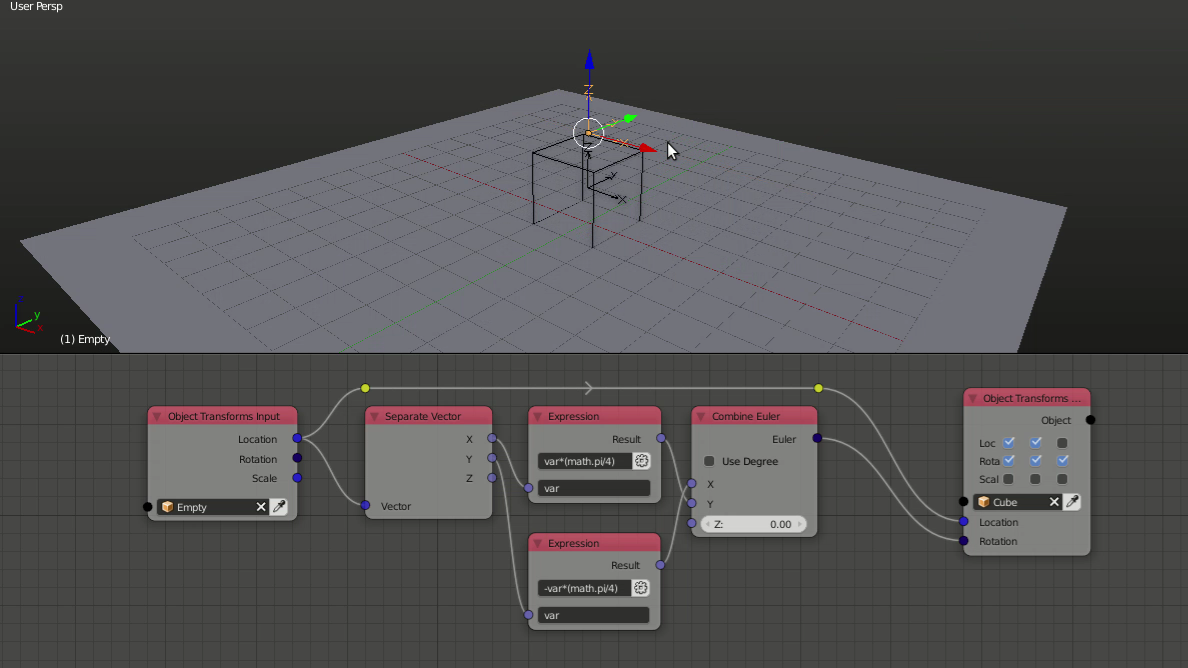 This rotation behavior occurs because the first rotation causes a rotation in the axes as well. This would require you to recalculate the axis to use for the second rotation. Unfortunately this problem isn't the result of gimbal lock and won't go away if you're switching to quaternions.

A quick and dirty solution would be to change the order of your rotations depending on whether the cube is rolling in the x or y direction. I don't know if it's possible to change the rotation order for one node, but if you multiply the rotation matrices you end up with the same result. If you're sticking to nodes, use two Matrix Math and a Matrix Mix node. I just decided to switch to a script to reduce the amount of wiring.

This approach would require you to keep track of the cube's direction and manually add keyframes for the script input which changes the matrix multiplication order.

The fact that the orientation of the cube might change whenever you switch could lead to problems if you replace the cube with an object with less symmetry. But then it might be better to search for another approach as the x and y position of an empty alone isn't sufficient to determine the desired orientation of the final object.

3
Why is driven attribute not updating?
0
Execute Node Tree returns different result each time it is run in static setup
0
point camera to empty
0
(Animation) Nodes : how to map a rotation to a value between 0 & 1?
4
Animation Nodes: Object Instancer | Update instances & Splines from object origin
0
Understanding Rotation in Blender (scales on sphere)
2
Animation Nodes - Control several objects of a group
1
skipping an item inside a loop in animation nodes
1
Animation Nodes Speed Control