As I navigate around my growing scene parts of my models disappear. Is this a settings issue or is it because my computer doesn't have enough power? 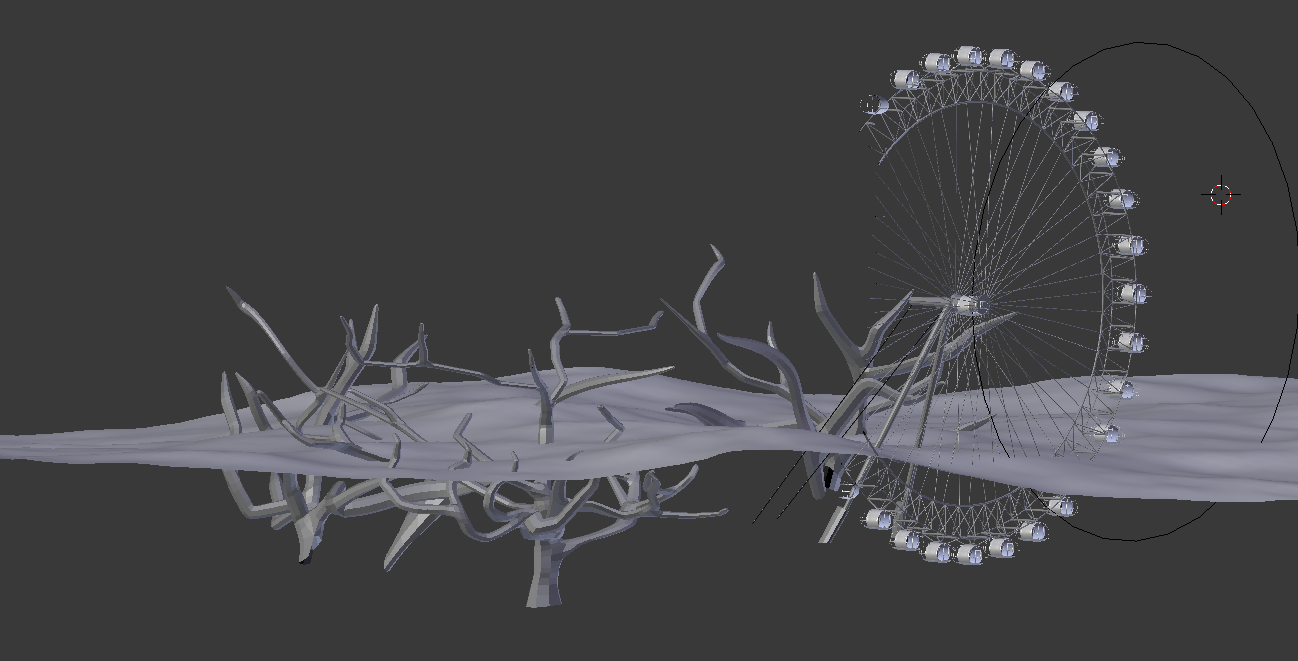 It's the camera clip plane. It controls the closest and furthest distance that gets rendered. You can adjust it for the editing view in the properties region (N key): 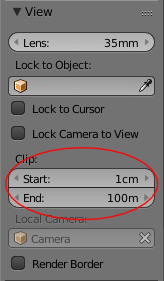 ...and for any render cameras in the camera settings panel: 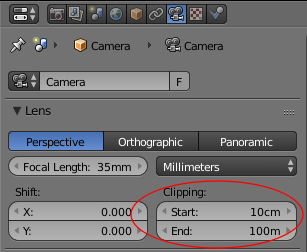 It is a good idea to scale both the near and far clip plane by the same factor (i.e. scale 1cm..100m up to 1m..10km) to preserve the precision of the depth buffer.

The precision of the distance values recorded in the depth buffer is limited, thus there is a nearest possible value (near clip plane) and a farthest possible value (far clip plane). Everything outside that range is simply not rendered. If the depth buffer is stretched out too far (i.e. to 1mm..100km) depth accuracy suffers and "Z-fighting" ensues (pixels that are farther away randomly draw on top of nearer pixels due to rounding errors).

It is a setting issue. If you go up to the camera options and increase the range you should be able to see everything.

49
Why does part of my model disappear when I zoom in on it in the 3D Viewport?
1
How can I see a whole object and it's boundaries?

61
How to reset the center of rotation of the 3d view when it is not the center of the view
0
Navigation is completely not working
5
Lock to Cursor no longer centers view automatically?
0
Bizarre 3D view glitch on Linux Mint