This is a bit of an odd question but I was wondering if there is a way to preserve vertices to remain unphased when using a modifier that decimates/adds geometry?

Below is a model I downloaded of a high poly male mesh. 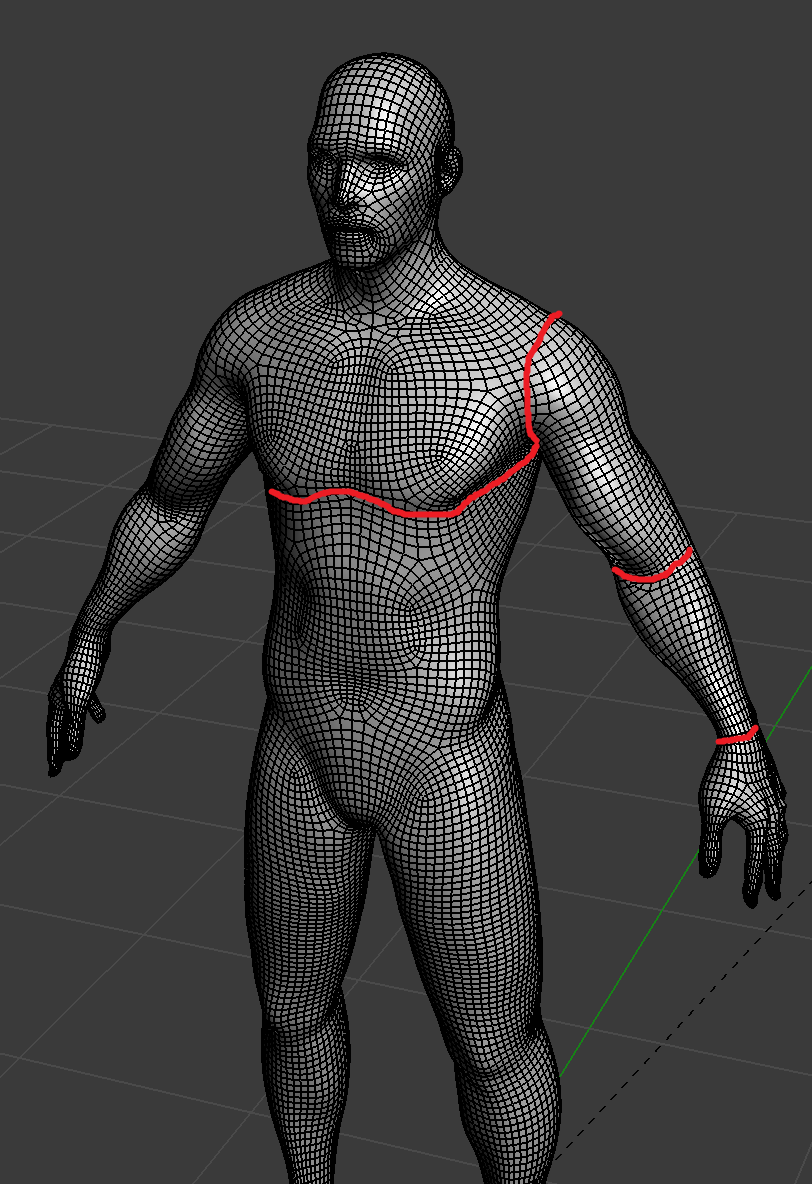 The mesh contours don't quite work out very well in this explanation but imagine the red lines are vertices that loop all the way around and connect again; ideally these would function as joints that could be used to move limbs. I would like to decimate the mesh detail without destroying the vertices marked with a red line. I suppose you could manually reduce the level of detail by dissolving certain edges or vertices, but I think decimating the geometry with a modifier is quicker, albeit dirtier.

Would you need to add the vertices you wish to remain untouched in a vertex group, or a sculpting mask? If anybody has a recommendation I would love to hear it. Thank you for reading.

My result looks a little sloppy and could use some tweaking, but I am very pleased. This could prove useful for creating different levels of detail (LODs). :)

Decimate modifier has a field where you can specify the vertex group that will be affected by the decimation. The little arrows on the right set the "inverse" selection. 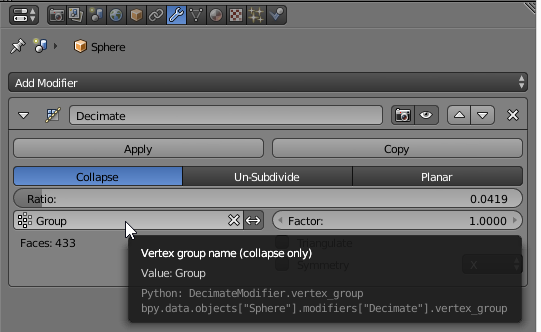 In the image sequence below you can see how the sphere vertices that are assigned to the vertex group remains untouched till the very end of the decimation process:

Not the answer you're looking for? Browse other questions tagged mesh vertices edges vertex-groups or ask your own question.

4
Help with Level of Detail coding
7
Retopo: Can we apply shrink-wrap to multires subdivisions?
4
How to non-destructively solidify only certain faces?
1
Reducing polygons while preserving the texture?
1
Vertex Group from part of Material
1
Problem at bridging vertices
2
Align vertex preserving the angle