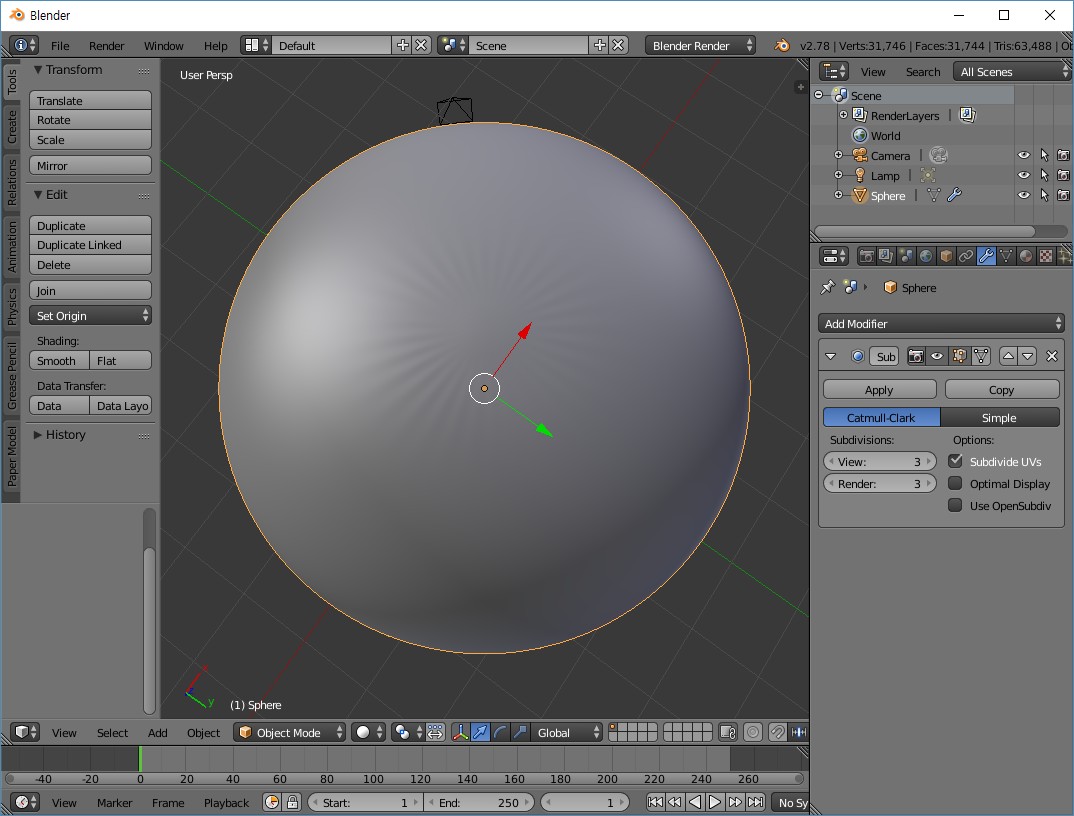 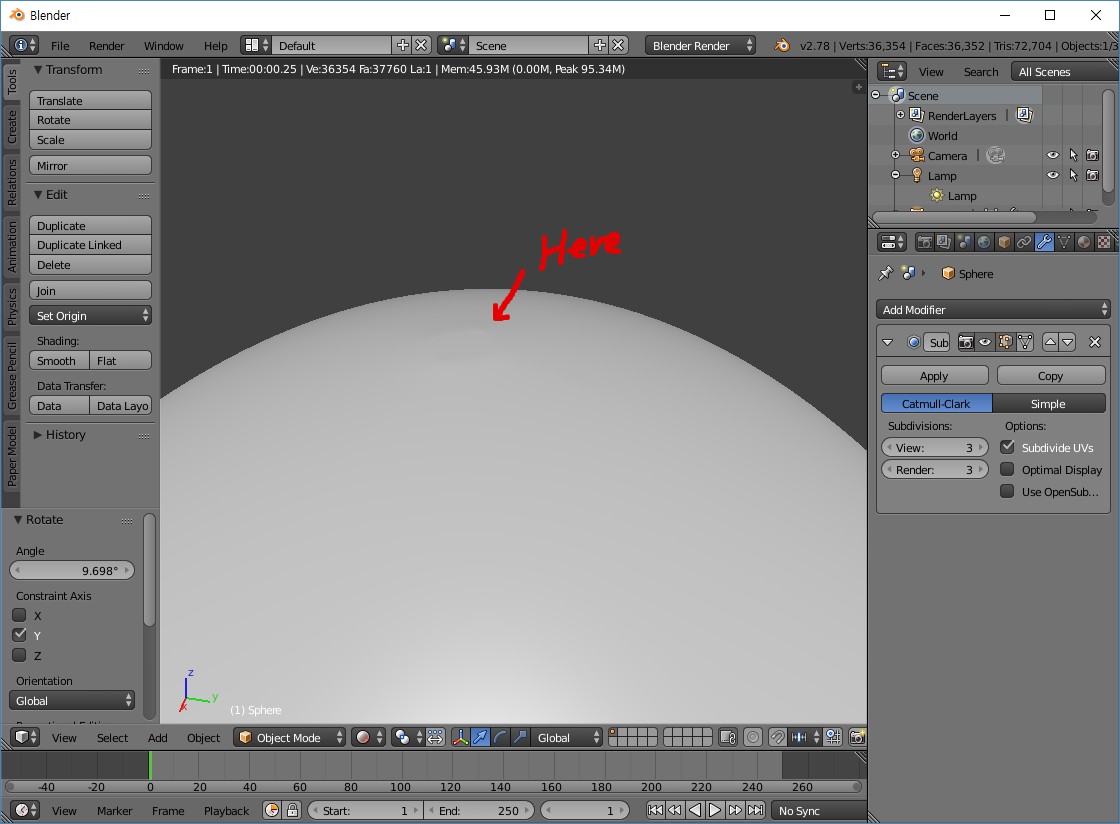 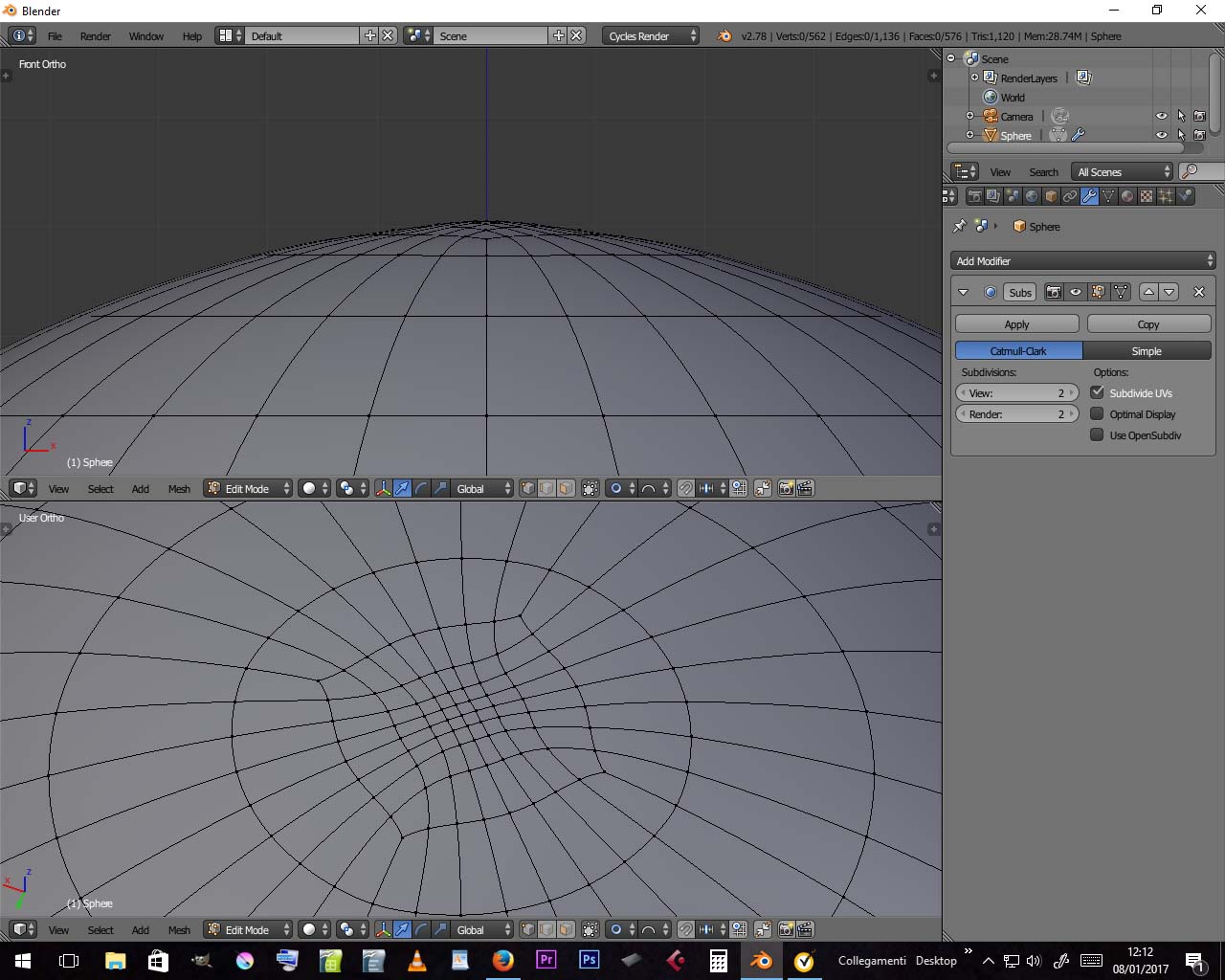 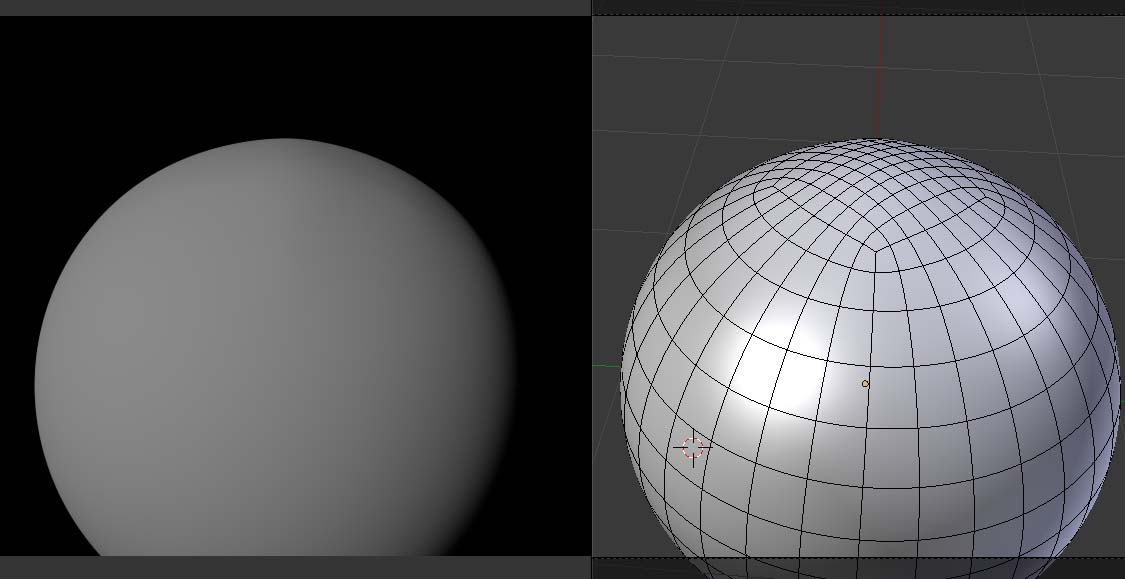 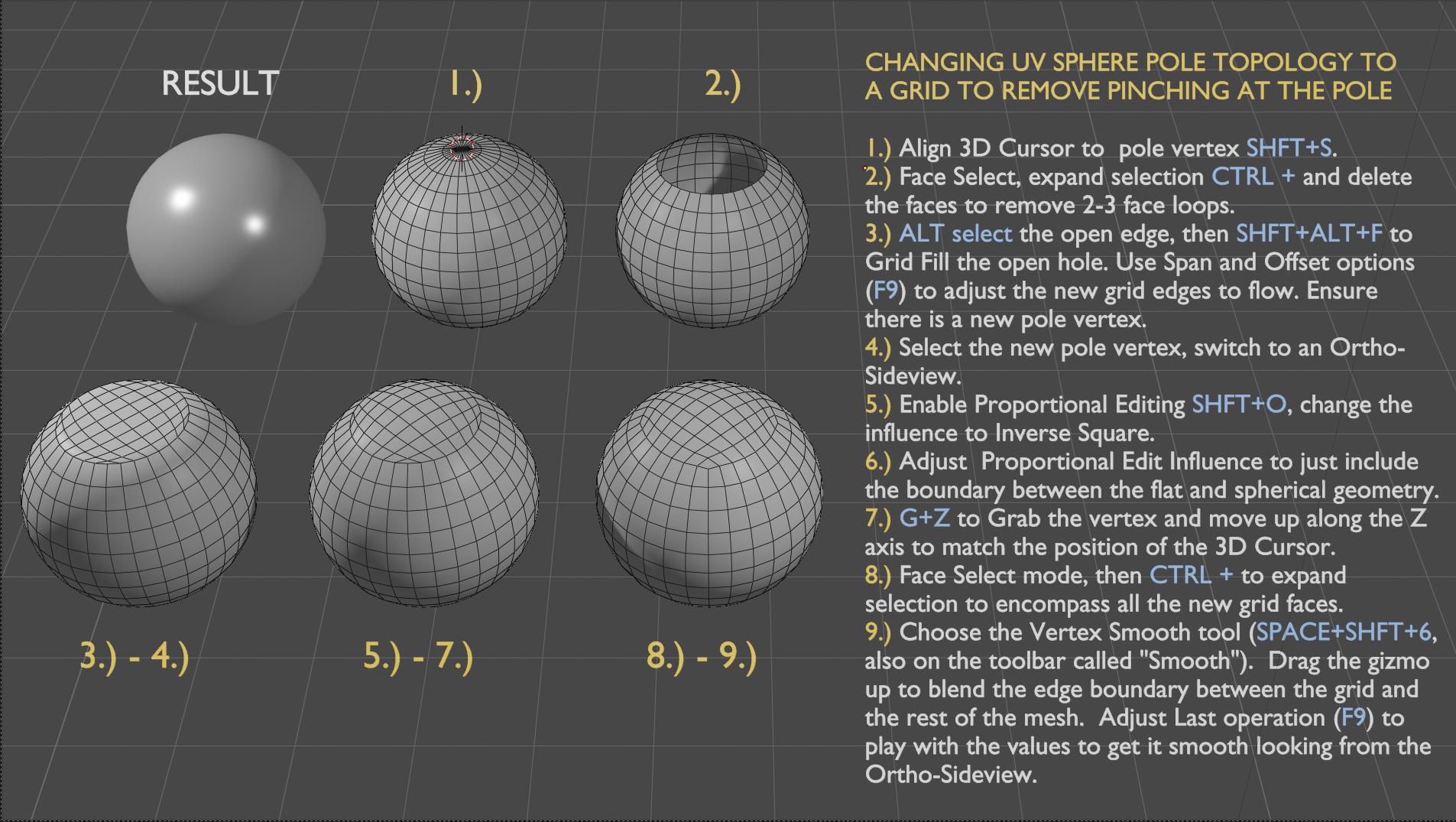 0
How to smooth a curved surface without it looking like a paper plate?
0
Mesh meeting in the center
0
Make head if my figure smoother
0
Starring and messy edges when smoothing or using sub surf modifier
0
how to fix top faces of Sphere?
0
I have a problem with the shading of the glass in my glasses
0
how to fix wierd face
1
Modelling Sphere Pole
1
How do I get rid of this star shaped mark on a sphere?
0
Weird Floral pattern on mesh
See more linked questions

3
How to avoid objects intersecting eachother
6
Equirectangular world-map UV layout - the sequel
4
How to handle distortion at the poles of a UV sphere?
1
How can I fix a wrinkle?
1
remove poles from sphere?
1
Explain N-poles and E-poles?
1
How to overcome poles?