I want to add some detail to my model using the Multires modifier, sculpting and then baking it to a normal map and applying it to my simpler mesh. Before I did this, I stupidly applied the basic subsurface modifier (with a factor of two) that I had already added to my mesh, so now it had all these extra vertices.

Of course my thinking was, "I'm just going to create a multires mesh and bake the normals back to the original model, so it doesn't matter if I apply my subsurf modifier and add a hard 2 extra layers of subdivision."

I haven't worked a ton with sculpting and multires, and I'm much better for the experience, but I figured out as I went along the reason this turned out to be dumb.

I ended up making a few significant tweaks to my character through the sculpting process, pushing them outside of a reasonable change to be recorded in a normal map. It was only when I went to apply the changes to the base mesh that I remembered that I had applied the two extra layers of subdivision, so my base mesh was still higher res by a power of 4.

I of course still have a copy of my base mesh without the subsurface levels applied, but I cannot use the "Reshape" option by adding a multires to the original mesh because the two meshes have a different number of vertices.

Right now my compromise will have to be to bake the normals, edit the normal map to remove the areas that are significantly different, and re sculpt those changes the proper way.

However, I'm hoping that there might still be some way to displace the original mesh to align with the vertices of the modified mesh, as they are 90% the same. I thought maybe the skin modifier? I'm going to toy around with some ideas now, but hoping maybe someone will have a quick and easy solution in the meantime, or in case I can't figure it out. 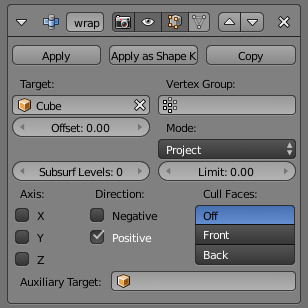 Not the answer you're looking for? Browse other questions tagged modifiers sculpting multiresolution or ask your own question.