I'm trying to achieve this result where the house is white, and the bricks show through the plaster in some places:

I have an image texture as a normal map, and I want to use a noise texture to "flatten out" the bumpiness of it, where the noise is white, and make it stick out where it's black.

I tried using a Bright/Contrast node, but it only gives a very slight effect. I want to be able to make it completely flat in some spots. 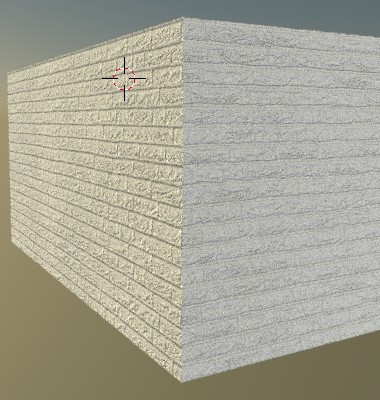 You could use the following material set up to achieve the desired effect : 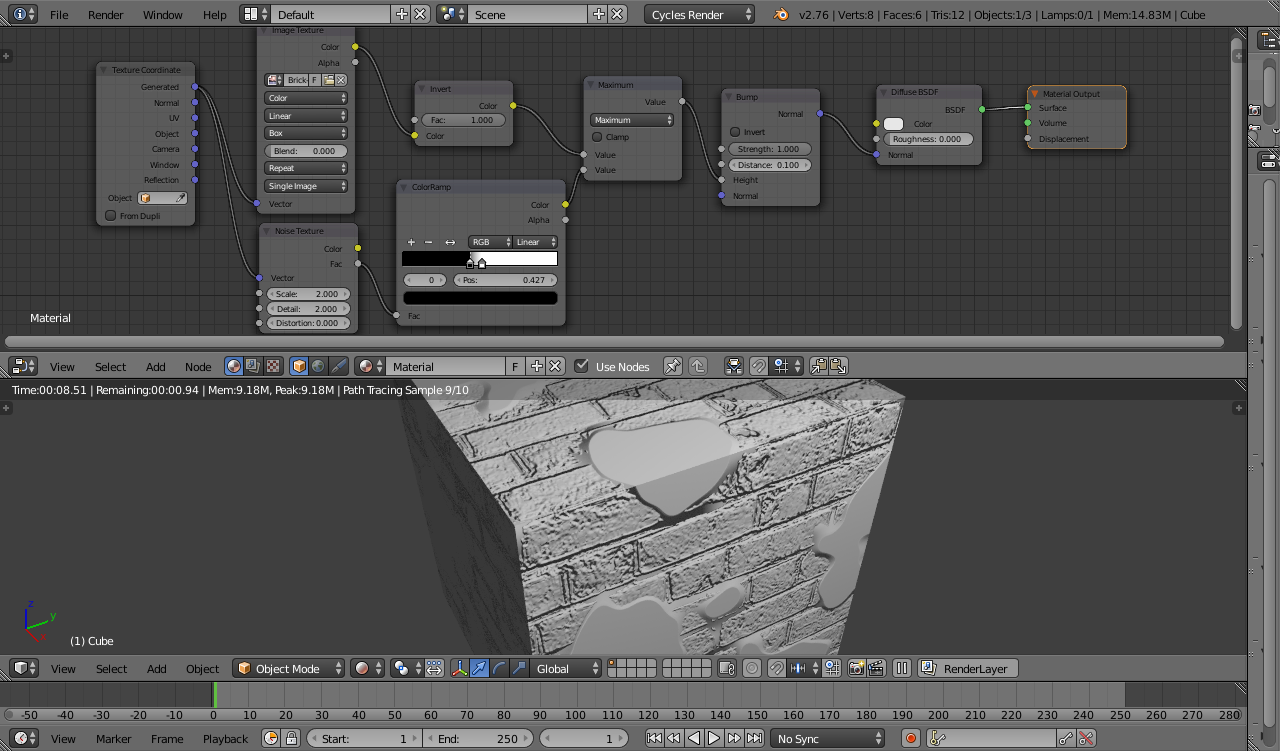 This is using a Bump node instead of the Displacement socket as it is more easily configurable. Using Displacement (True Displacement) can result in gaps in your surface - especially if there are hard edges in the texture (such as where the surface transitions between brick and plaster). The Color Ramp allows the noise texture to be modified to produce the desired patches and this passes on to a Maximum node so that the flat plaster gives way to brick as the noise texture drops low. This will mean that the White areas will be the plaster rather than the Black in your example.

The Bump node is used to apply the texture to the surface Normal and this gives the impression of displacement rather than actually displacing the surface.

The Invert node is there simply to invert the brick texture I am using as my particular texture has light mortar and dark bricks. I am using the raw colour data to determine the depth and this is not ideal (it's under the assumption that lighter colours (the mortal) are set back more than the bricks). The inversion ensures that the mortar is inset rather than protruding.

Here's the brick texture I used. It isn't ideal as it has dark shadows which affect the bump mapping : 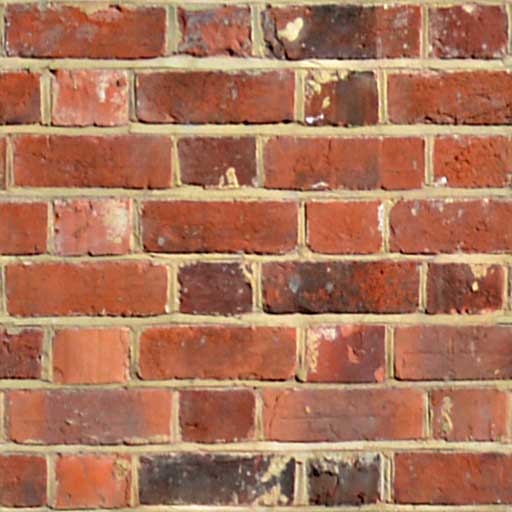 Tweaking the Noise distortion and adding colour based on the presence of plaster can produce the following result : 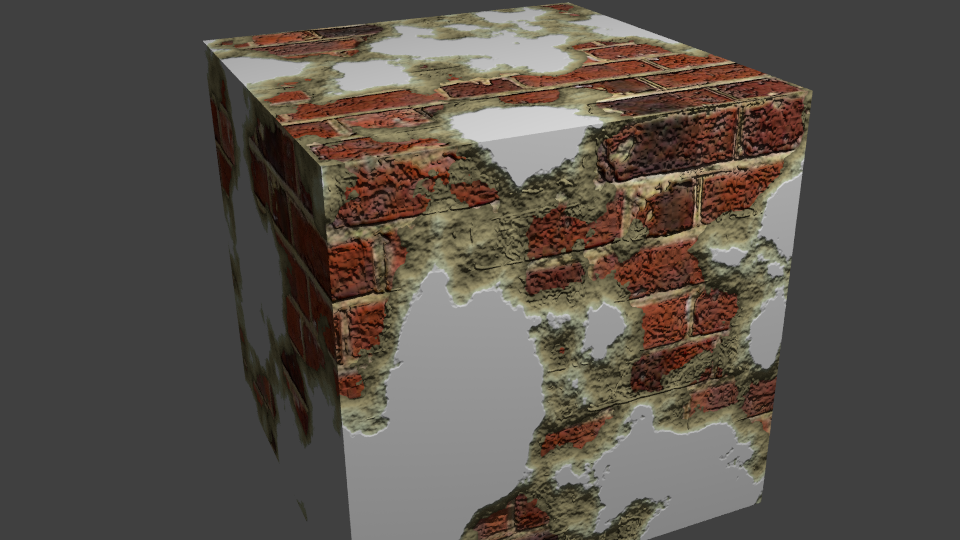 Or adjust it for a more subtle effect : 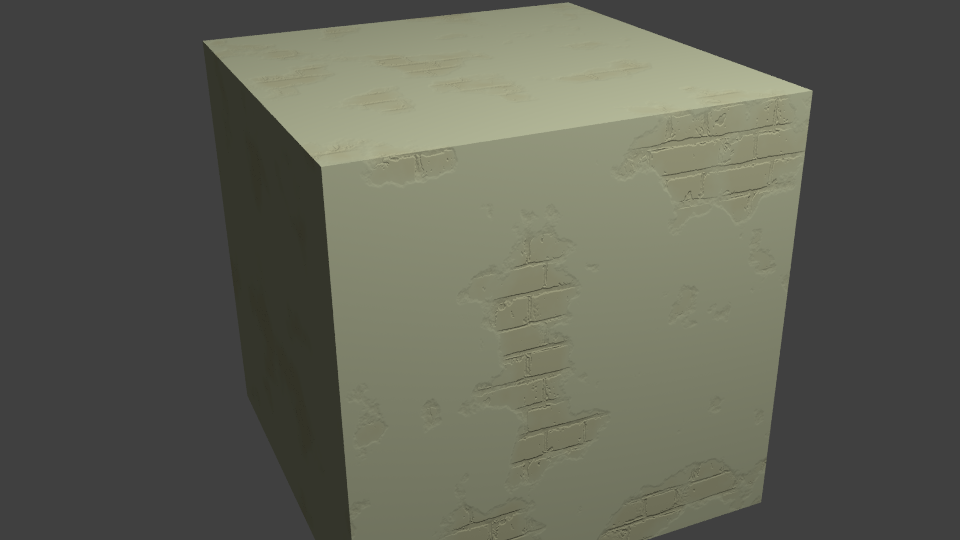 I found a solution, the Noise texture wasn't completely black, so that's why the effect was so bad. I change Bright/Contrast to a ColorRamp, to enhance the black spots, and now I got this nice result. Any other variations are welcome. I'd also like to get some thickness to the plaster for closeups. 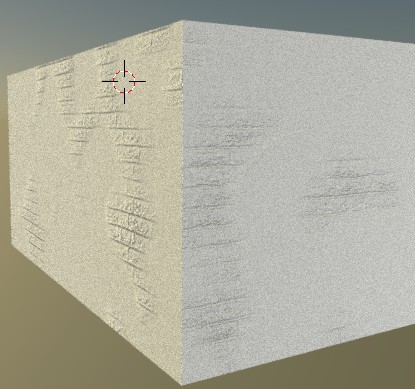 Not the answer you're looking for? Browse other questions tagged texturing node-editor normal-map or ask your own question.

23
Using a Normal map together with a Bump map
12
How to adjust size and frequency of procedural texture independently
5
Can displacement output be controlled by light?
2
How do I make a Decal look worn?
2
How can I add two textures?
1
mix a noise texture with a normal to make patches
1
Blending Displacement Textures with Geometry Node - why doesnt it work?
1
Having Issues with Volumetric Fog