I have created a sphere with a wide angle camera close to the sphere.

I set the freestyle distance to camera modifer to the following and get the sphere as expected. The lines closer to the camera are thinner, and farther away they are thicker. 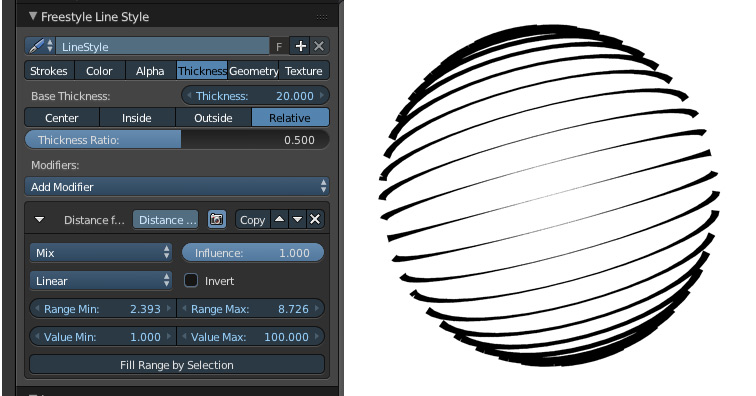 But now I would like to invert this so that when the lines are closer to the camera they are thicker than when they are farther away, so I try the invert button, and I also try inverting the curve, but both result in line thicknesses that don't vary. 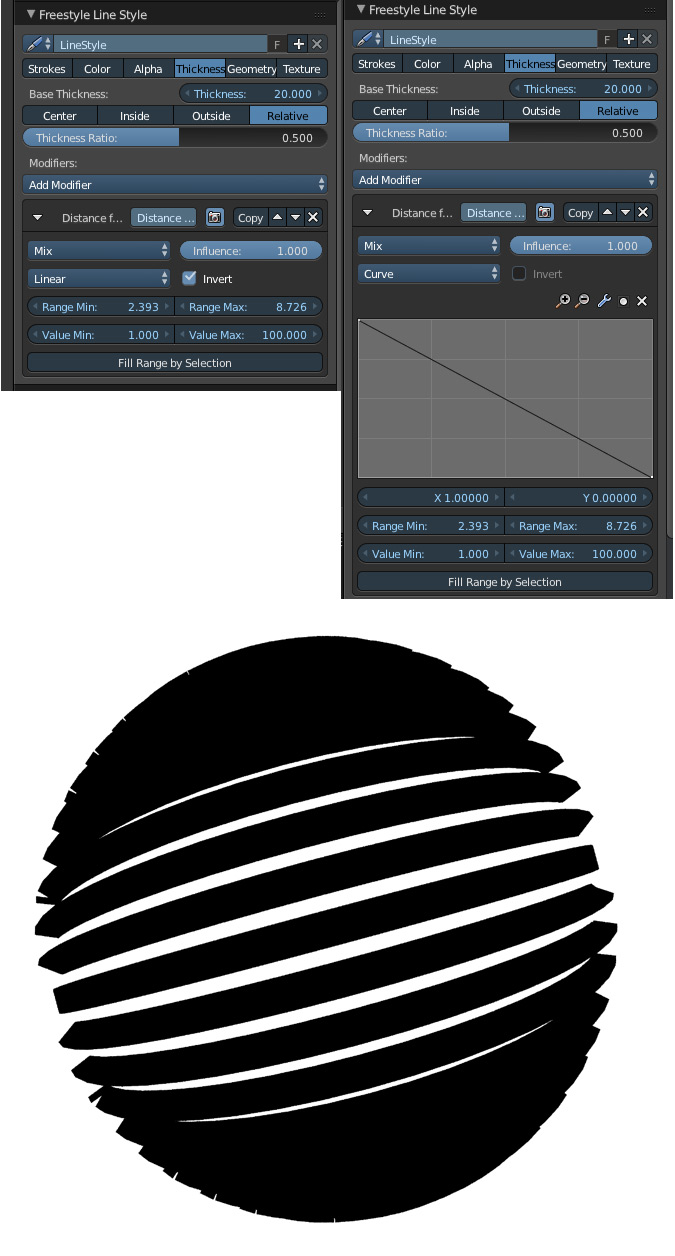 Any idea what I am doing wrong?

The cause of the reported issue is most likely the Range Max value you have specified (i.e., 8.726). Try to decrease it and you will see stroke ends get thinner.

I believe you have chosen the Range Min and Max value by means of the Fill Range by Selection button upon the selection of the sphere mesh. I found a bug in this automated method and the distance calculation between the camera and individual mesh vertex locations was not correct. A fix of the bug has already been in the official Blender code repository and will be included in a future release of Blender (likely in the forthcoming 2.79 release). For the time being, the auto-filled values may not be accurate. You might need to tune the values manually as suggested above.

It is also noted that the auto-fill method takes all mesh vertices into account when identifying the Range Min and Max value. This means that not only visible but hidden vertices are considered. Recalling that you have a wide angle camera close to the sphere mesh, only a small fraction of the mesh surface in the frontal part of the sphere is visible. The auto-filled Max value is hence likely too large because I guess you actually expect the distance-based thickness only accounts for the visible part.

Try also to turn off the "Visibility" toggle in the "Selection by" section of the Freestyle Line Set panel, and you will see the line thickness is indeed at the minimum on the far (invisible) side of the sphere. 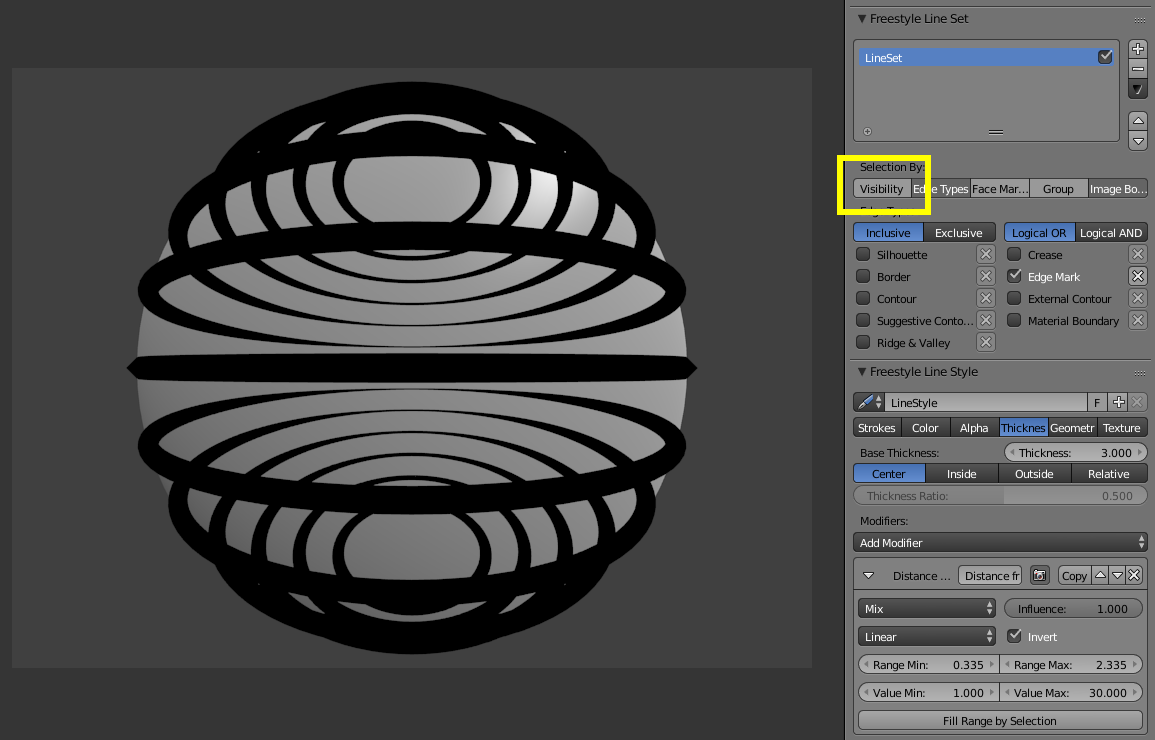 To make it easier to fill the Range values by taking only the visible part of the mesh into account, I also made an improvement of the Fill Range by Selection button so that in the edit mode only the selected vertices are considered for distance calculation. This code revision has also already been in the code repository and will be available in a future release of Blender.

Not the answer you're looking for? Browse other questions tagged modifiers freestyle or ask your own question.

9
How to make freestyle lines stay the same size?
10
How to set distance of Freestyle line rendering?
2
Why the inner edge line segments are drawn in freestyle render output
18
How can I improve the realism of my pencil texture lines in freestyle?
0
Blender Cycles Freestyle Line Breaking
0
Modelling one irregular surface to fit against another
1
Improving / increasing the quality of line-art of SVG file (blend file included)
0
Freestyle "Material Boundary" not working?