Generate Particles with Random colors (continuously or from a set)

I am trying to do rocks and I want them to have a random base color from within the colors that look "rocky". The only method I know of is to duplicate the base objects over and over and give each a different color in the node editor, then group them all and use them as the group input for the particles. This is slow, inefficient to change, duplicates a lot of data, and comes out with a uniform distribution of the colors. Is there a way to have give particles a random color from a set or range?

I'm going to keep this short and simple. Do everything Duane Dibbley did but use an Object Info node instead of a Particle Info node. Connect the random output directly to the color ramp, no math node needed.

Pro Tip: Make sure that if you are using a color ramp set to constant that you don't put any colors at position 1 (all the way to the right). They won't end up being used.

In Cycles, you can achieve this with a Particle Info node and a color ramp. It has an Index output socket, which gives you a integer from zero to one less than the total number of particles emitted, so you'll need to divide the index by one less than the total number of particles, to get a value between 0.0 and 1.0 which will drive the color ramp. This material goes on the dupli object, not on the emitter. If you set the particle emission to Random, each new particle emitted will appear in a random location, meaning the indices will not be ordered. This in turn makes the differently colored particles appear randomly accross the emitter. 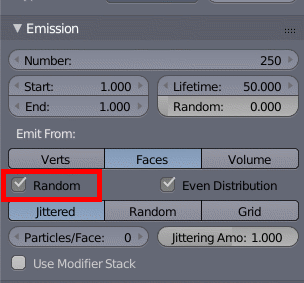 This is with Linear

Here's a rendered preview of a very bland scene with only a plane emitting 250 duplicates of the same object, using a linear color ramp. 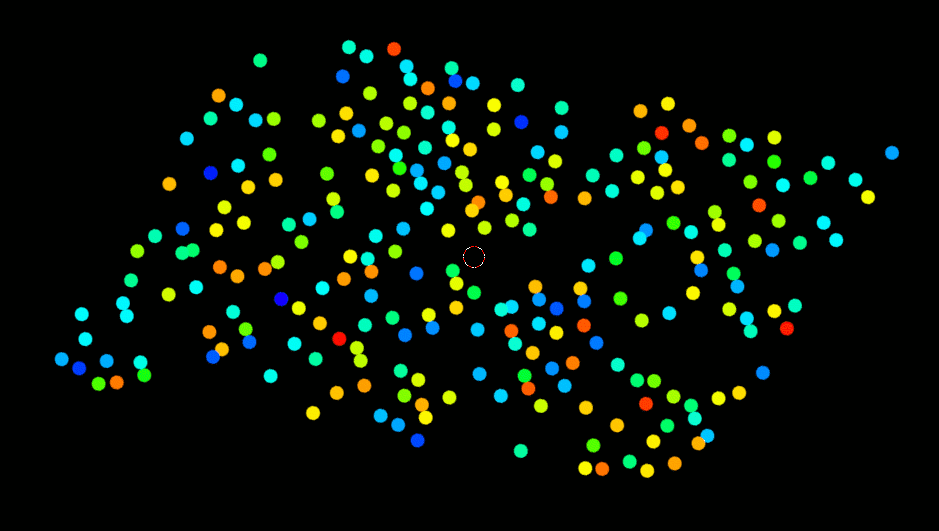 This is with Constant

Here's a rendered preview of a very bland scene with only a plane emitting 250 duplicates of the same object, using a constant color ramp. 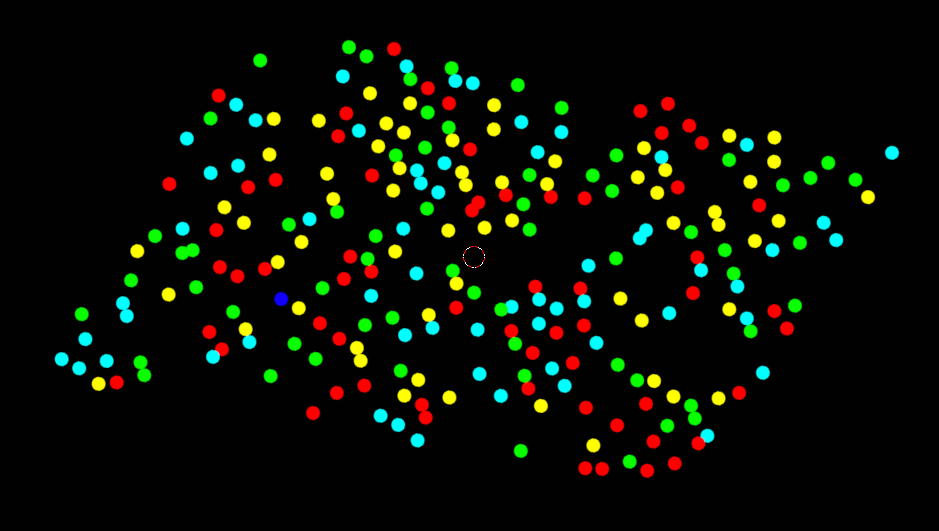 Not the answer you're looking for? Browse other questions tagged particles shaders or ask your own question.

1
Multiple colors on particles
0
How can I make the particle systems look more like fur?
1
Change the material (color) every frame in Python
0
cycles material -- change color based on position
0
Randomize texture or material for several similar objects

1
Is there a way to separate colors from chained mix rgb nodes?
1
Grass Particle System How do I do this without a base?
24
Mix colors from different objects at collision (Rigid Bodies and Particles)
0
Using particle system to array objects on vertices
0
How to convert particles to duplicates
0
How to get same hair particles from collection in second particle system/ or how to delete instanced particles without converting them to real meshes?
1
Creating Millions Of Particles With Spheres