I've managed to create the effect by following this guide and writing my own fragment shader, but can't figure out how to use it during a standard render. Likewise I have found the normal output mode for material nodes but this only gives screen-space information.

I'm not too picky about the method as long as it can be used to generate animations and be reasonably automated.

You can do this in cycles using the Vector Transform node: 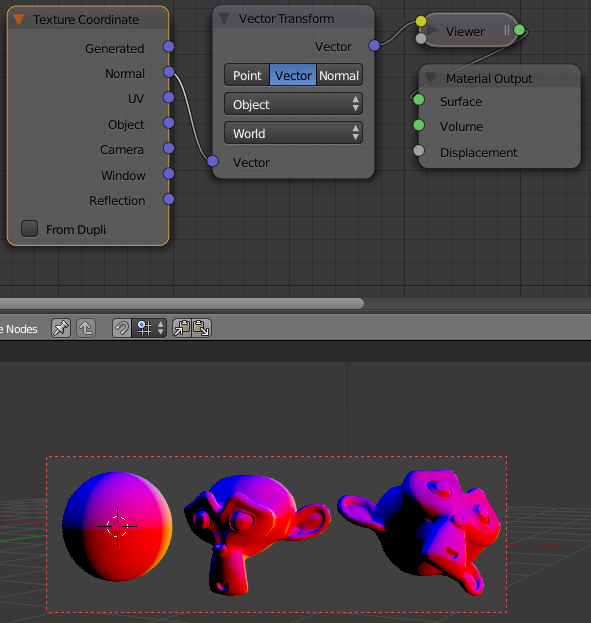 No matter how the object is rotated, the faces facing a particular direction are always the same color.

To map colors to the normals, you can use Separate and Combine RGB nodes to manipulate each channel individually: 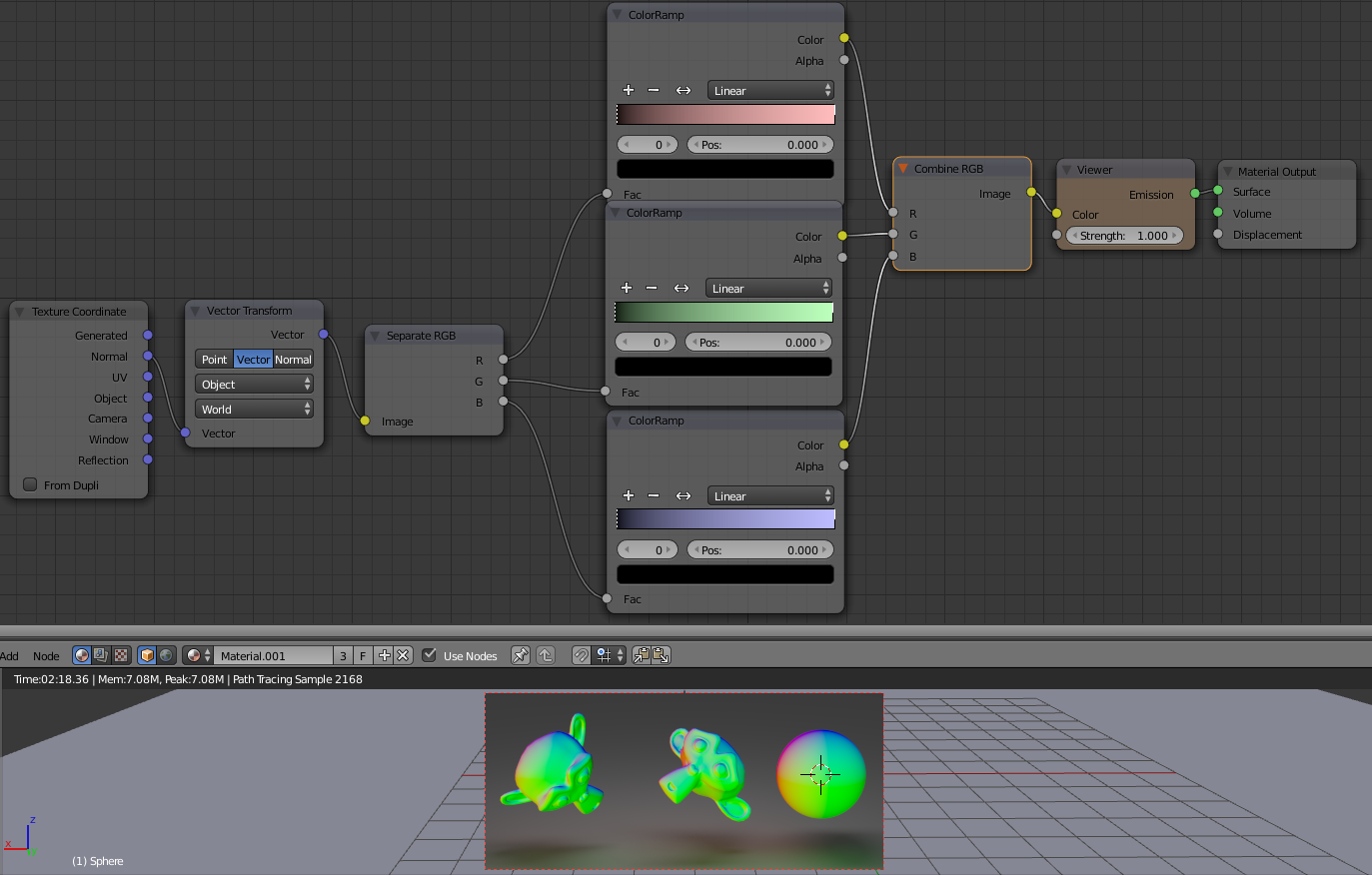 One way to solve this is to place different colored lights far away from the center of your scene, one at each axis. Depending on whether you want other objects in the scene, this could be a very quick and simple solution.

Another solution is to make a material with as many colors as you want. Each color should be mixed in with this as a factor:

dot product(world normal of mesh, vector where you want this color).

Not the answer you're looking for? Browse other questions tagged rendering normals or ask your own question.

4
Why are there seams all over the mesh when a Normal Map is applied?
5
Object turns dark when using normal map in Cycles
1
Bake Normal space: Camera vs World vs Object vs Tangent
1
Light behavior is not correct
2
How to render world-space surface Normal maps using Blender Internal?
1
Segmentation based on normal directions
3
How the Normal Map baking works, what is the ray direction
10
Why do reflections on a smooth-cube look more 'definite' than a flat shaded one?