How do you add a thin outline?

I am new at this. I am extracting files a game. In the game they have thin black outlines, but they aren't part of a model. I am having trouble finding anything about this. What is the simplest way to do this?

Update: I think I am looking for something like freestyle. What is the simplest way to use this to create a thin black outline around a model?

In your render settings enable freestyle. 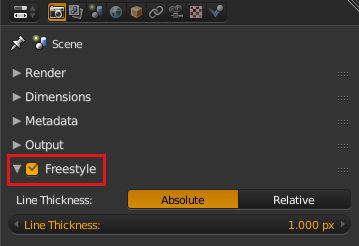 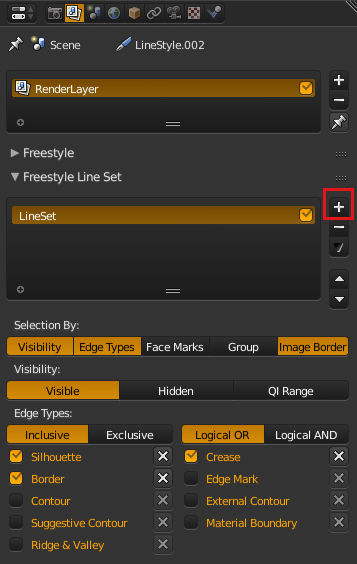 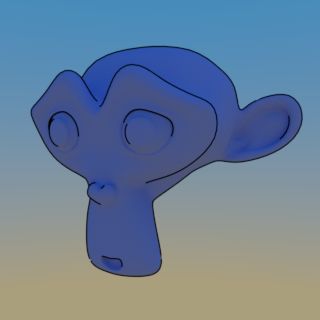 The line thickness is a quick way to adjust the size of the line drawn. For more control over what edges are used to draw lines and how the lines are drawn, you will need to look through the freestyle documentaion.

As I supposed, this model is used in a game. In games, rendering happens differently than in Engines like Cycles. You wouldn't put the information about the outline into the model, but code it as an effect. Here's an approach how to do this in games:

There are other ways to do it, (for example with some normal calculations), but this one is fairly common.

How to recreate this effect in Blender?

As mentioned in the answer by @sambler, you could use freestyle.

Another way is to use modifiers and render passes to emulate the effects done in the game:

Another idea I found here is quite similar to 2:

The original idea used a geometry shader to extrude backfacing faces but it didn't work with displacement in Blender. Also the inner material has to be emission (I don't know why, but it is just an idea you could elaborate). Final result:

Similar to 2. Probably my favourite.

In the screenshot, I've labelled the nodes with their function so you know wich values to tweak. 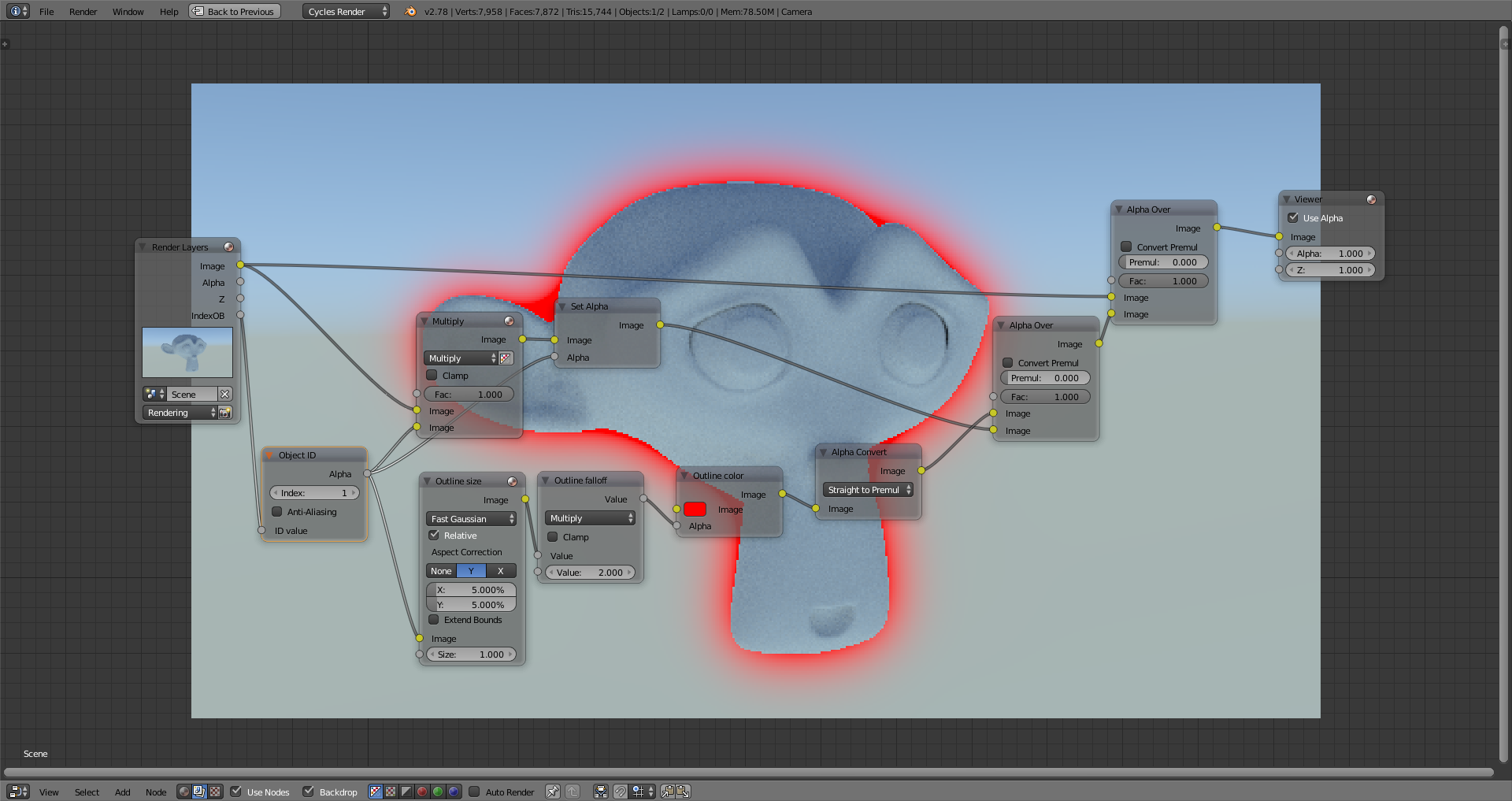 Here's the node setup for idea 4:

Not the answer you're looking for? Browse other questions tagged modeling rendering freestyle or ask your own question.

0
Is it possible to render an object just with the normal map?
2
Good way to export good manufacturing models
2
Freestyle is not exporting with the object
3
Linking objects, groups, and Freestyle
3
During render can I render freestyle lines, then re-insert them back into the scene so other objects may interact with them during their rendering?