Why do shaders have a normal input?

It is probably a very stupid question but why do have many shaders (diffuse, glossy, ...) a normal input ? What happens with that normal input ?

Maybe it helps when I clarify the background of my question...I am trying to understand the concepts of Physically-Based Shading and the implementation of these concepts in Blender. See also my questions here and here. 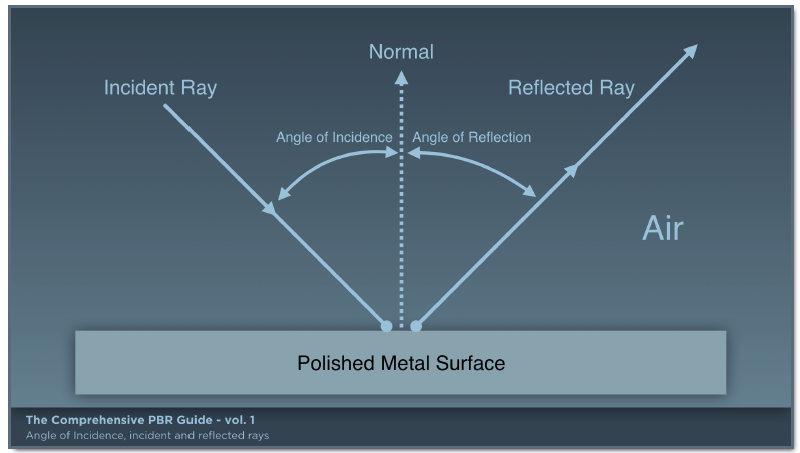 A face normal is the angle perpendicular to the face, it is used to determine reflections and lighting on the face.

A normal map is used to visually deform the surface of an object. It does this by altering the face normal for every position on the face. This fakes extra detail by altering the rendering calculation without using extra geometry.

This is where the normal input comes in, by feeding a normal map into the node you allow blender to calculate the surface colour at a given point using the modified normals and not just the one face normal.

You may find Blender Gurus recent tutorial on photorealistic wood of interest.

The Normal socket is simply for changing the surface normals, without altering the real mesh.

Bear in mind that the Normal vector is different from face normals. Surface Normals in a render engine, cycles included, uses three colors for the three different axes. Blue for what we in blender would call the Z axis, but really it is down. Red and Green for the other two axis, X and Y. 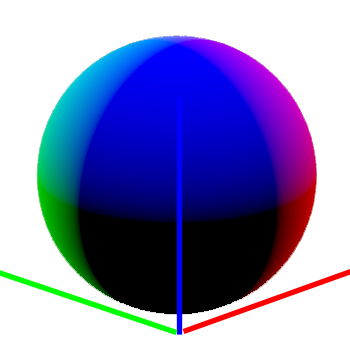 So when you change the surface normals you are altering how cycles views parts of the mesh.

First off Fresnel and the Layer Weight node's Facing output are similar. They both are darker for faces pointing directly at the camera, and get lighter as the angle of the faces points away from the camera.

This is the Layer Weight node's facing output on a sphere. On the left the sphere has no bump map, the right has a bump map.

Now here is the exact same view as in the first image, again viewing the surface normals (just plug it directly in to an Emission shader), this time looking at the normals from the bump node from the image above. 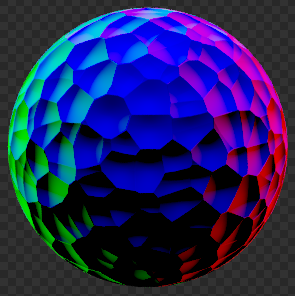 This is the power of surface normals, it enables us to create complex surface details, when really all that is there is a sphere.

16
How the Fresnel effect works and how to construct Physically-Based shaders in Blender?
8
What are face normals?
2
Installing Blender 2.78.1 - Cycles Disney Brdf

5
Which normal input socket should I use when I have a mix between shaders?
6
Why does this add shader create so much noise?
2
Blender cycles normal map not generated correctly
16
How the Fresnel effect works and how to construct Physically-Based shaders in Blender?
2
Custom Fresnel Node for Specular Workflow
2
In Cycles, when I convert from one output type to a different input type, what is REALLY happening?
0
Shader output as factor input for other shader nodes