How to move an object in to the corresponding mirrored coordinate (BGE)?

Suppose I have character surrounded by a cubic room.
My goal is to move that character to the opposite position of the room every time the character reaches one of the walls, roof and floor both included.

Like in the classical game "Asteroids" but with the Z axis included.

It's already possible to print the position by using a game property (string) attached to this module:

But how do I create the interval able to move the character object to the desired position?

There is a .blend prototype hosted HERE. 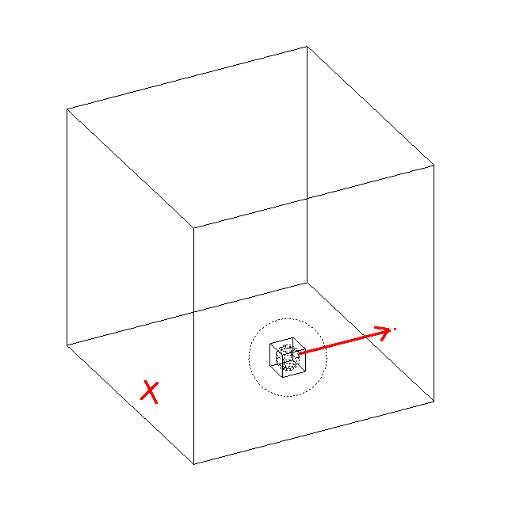 Addendum 1): There is another prototype that can be found here:

LINK TO THE SECOND PROTOTYPE

For this second prototype if you press only the W key continuously, the character will move to the opposite side as intended. But, how does one achieve this integration?

Sounds like a job for the modulo operator. The boundary size is hard coded here, so you can delete that boundary cube. Set the worldSize variable to the size you want the boundary to be:

And a screenshot for context: 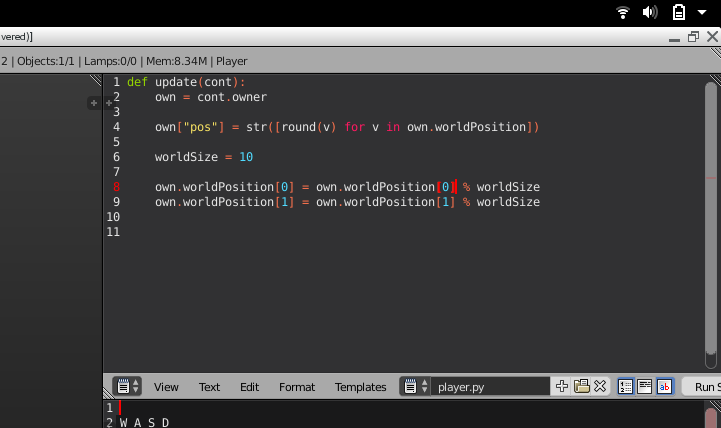 Not the answer you're looking for? Browse other questions tagged python game-engine objects or ask your own question.