Whenever I have an object that is the child of the character in the game engine, the object's animations float very high above the intended location.

I will have an animation like reloading, where all that needs to happen is the hand to move back and fourth as to pump the gun like this: 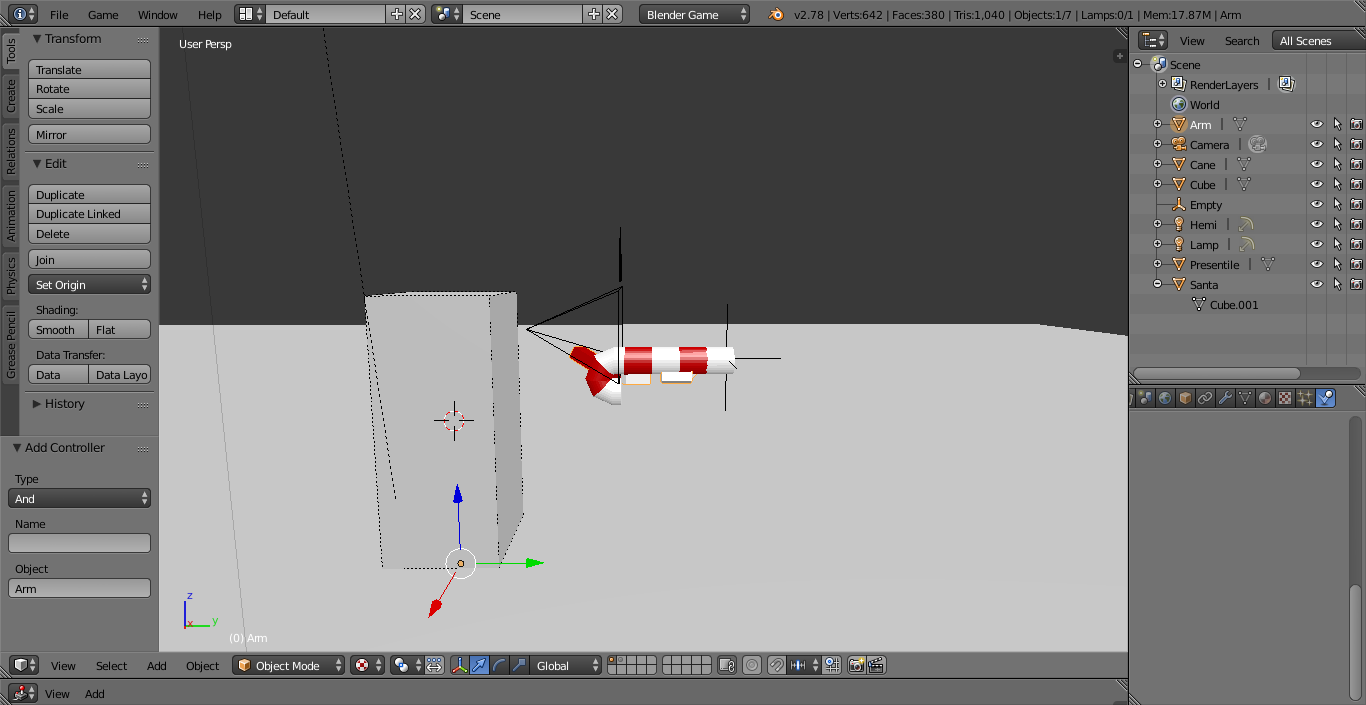 But in game, the animation plays out high above the original location like this: 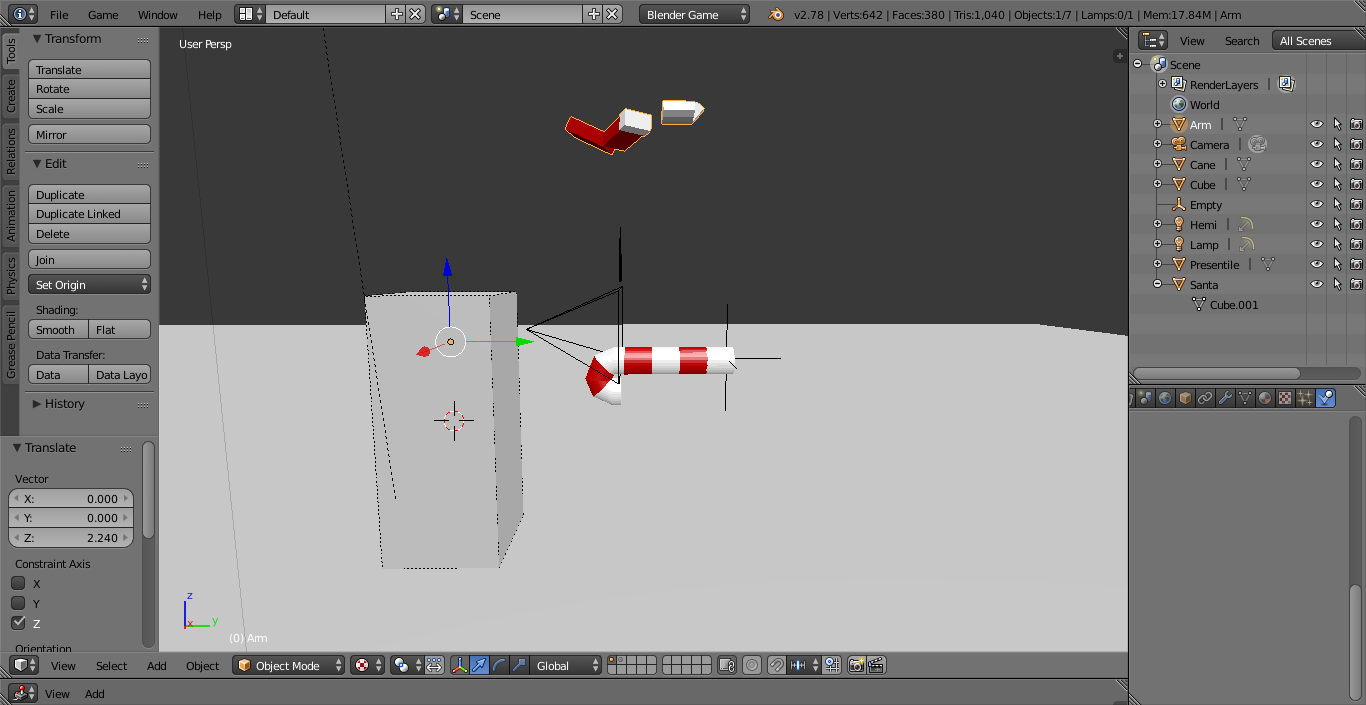 If anyone has a solution, please answer. I struggle with this for every animation parented to the character.

This means when you parent the animated child to an object it will remain where it is. Playing a pose the object will update according the that pose relative to the new parent.

In Blender you can switch to another frame to show the effect e.g. left or right as this updates the object according to the new frame.

Within the BGE you see the effect as soon as you play an action.

As you do not want that, you should ensure to create the keyframes i while the animated object is already parented.