How do I make remove the "tufts" and get this to be better rounded?

I have a model I'm making, with a mirror modifier and a subdivision surfaces modifier in use, where an ear has "tufts". How do I remove these "tufts" and make the edges connecting the ear to the head uniformly rounded, rather than hap-hardly rounded?

Here's an image of the ear's topology: 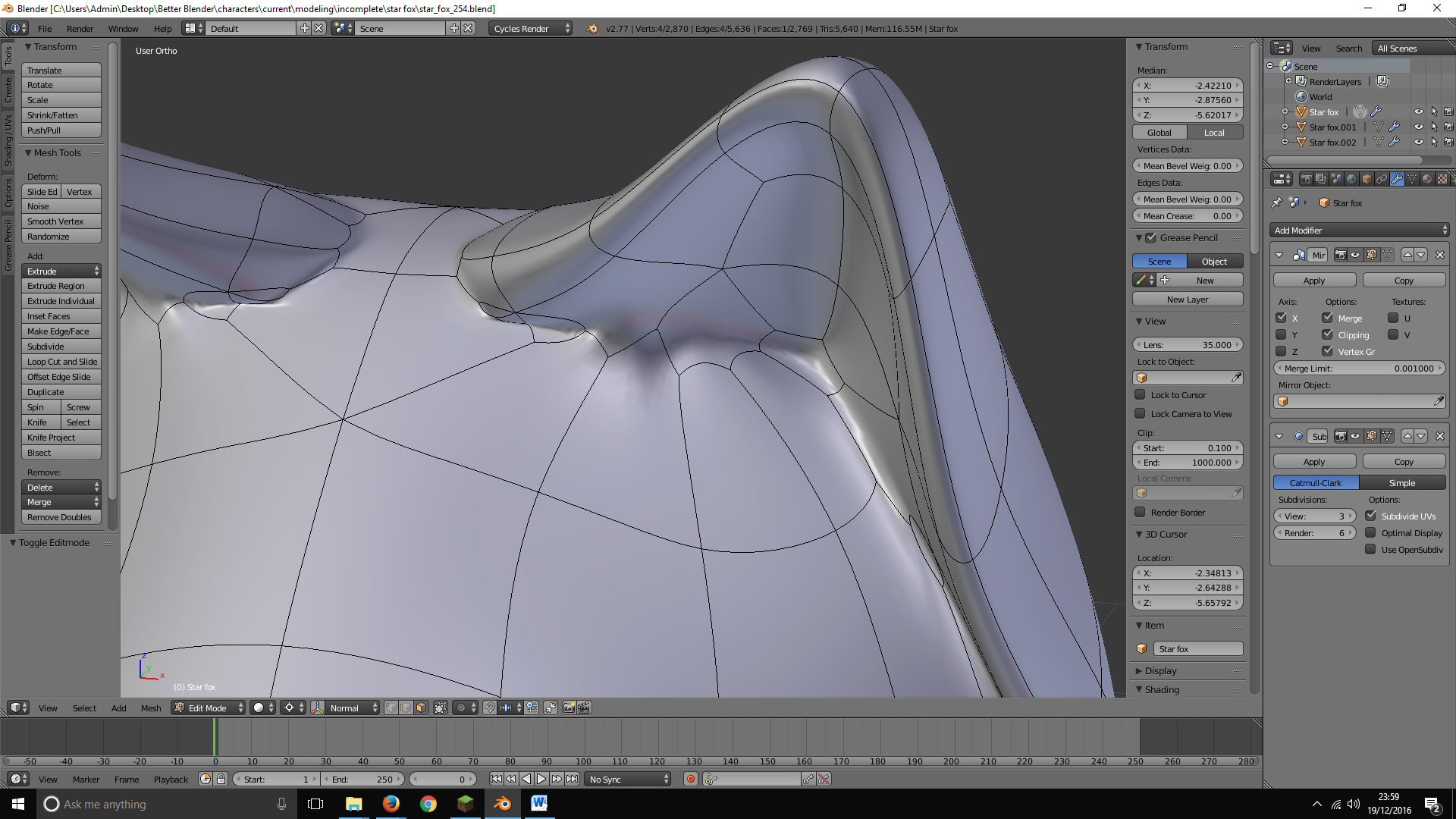 Here's the ear in object mode. 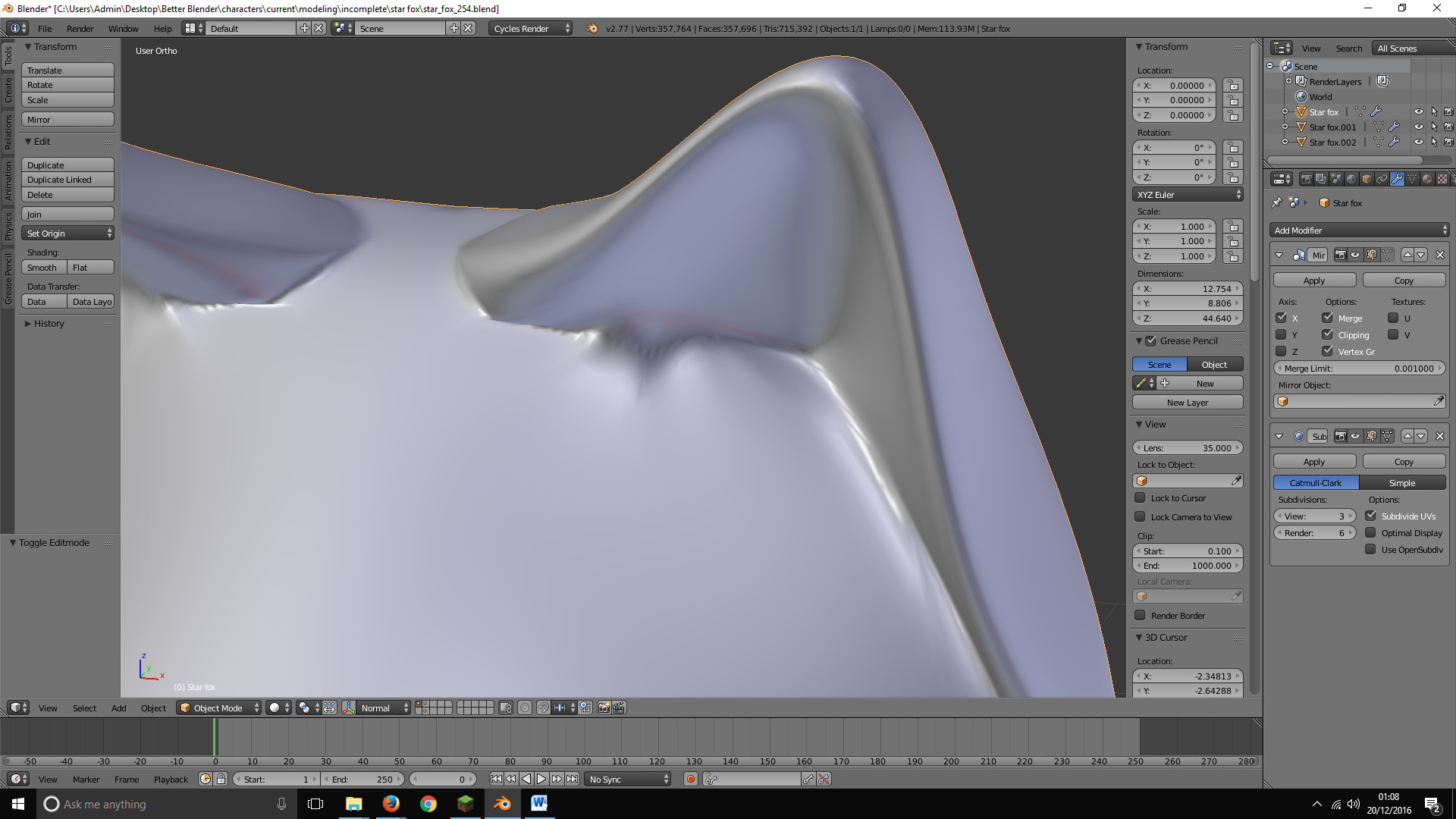 I've tried moving around the points manually, but that only makes it worse. I've tried scaling it on the y axis, but that doesn't help, either, because all the points, underneath the subdivision surfaces modifier, are in a line nice curved line, anyway. I've also tried subdividing the mesh then decimating it, but collapse, unsubdivide and planar ruin the mesh and planar makes a "tuft" worse. 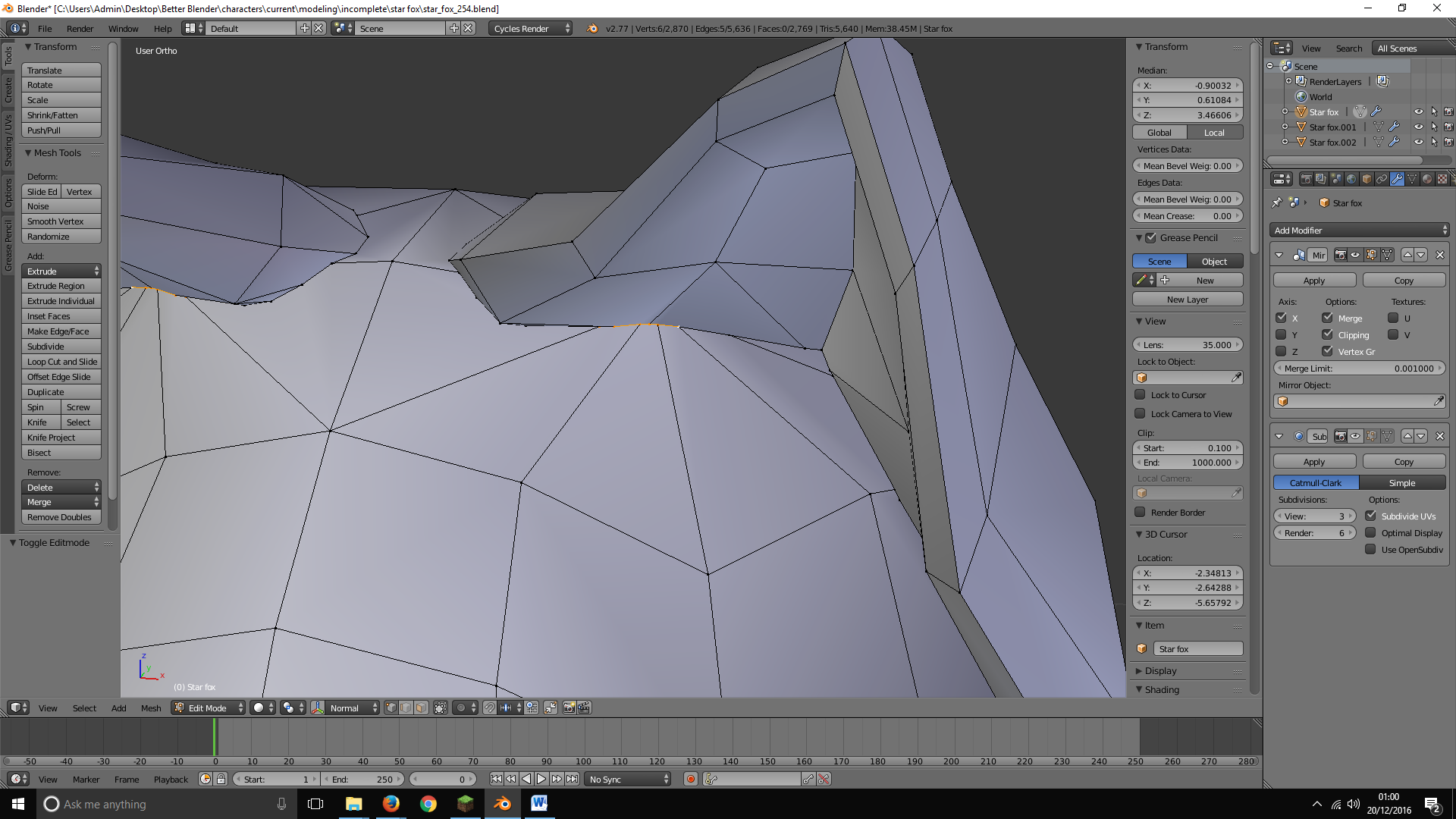 Avoid using polygons with more than 4 edges(except on hard flat non deforming surfaces)....that is where your issues are coming from...there are no edges for the subdivisions to adhere to.

0
How to make sharp and rounded corners
3
How do I make rounded corners on this box? (Blender 2.8 beta)
1
How to round the edges of a mesh with small faces?
2
How do you wrap a plane around an object?
2
How can I create a round bevel for this area without creating artifacts?
1
Reducing polygon count but only in a selection of larger mesh
2
How can I make this subdivision deformation better/more consistent?
0
Way to Cover Up Or Blur Crease / Ridge In Blender