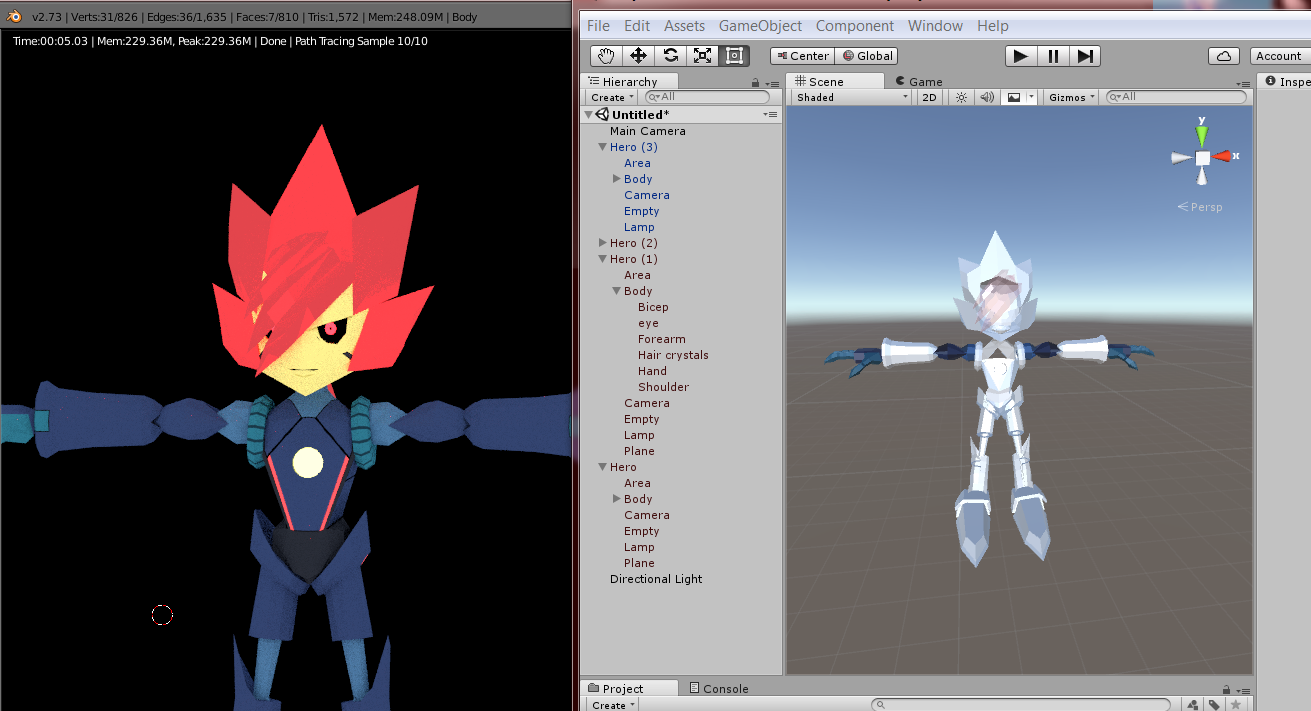 I'm at my wits end with this. I've follow countless tutorials on the process of modeling and going to unity, and all of them make it seem so simple. I made sure the textures that needed to be baked out were all ready to go. I made the texture nodes for cycles render mode and that was fine. Any textures or shaders that wouldn't transfer I figured I would just fix in unity anyway. The only thing different I did was keep the arms as seperated objects so I could transform them easily with unity in-game.

All that said I don't know what went wrong but when I tranfer everything over, the model becomes semi-transparent and all the materials that aren't solid colors become blank. Unity also says

I honestly don't know what I'm doing wrong here. And I'm well aware that this isn't as much a clear question as it is a plea for help.

I really need some one to go into these files and figure out what I'm doing wrong... Because I have no idea where to start. I made several variations of the file to try and fix it but nothing worked so far. 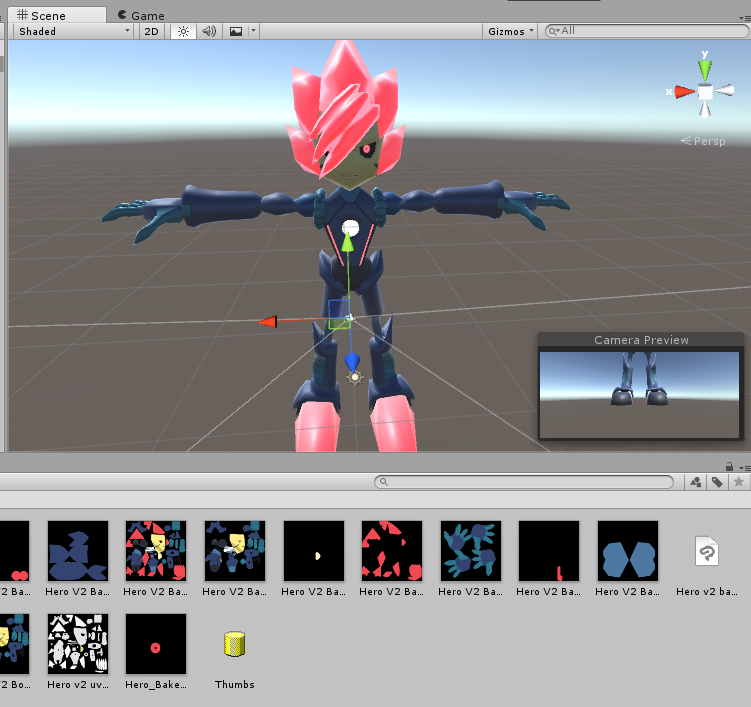 As you can see I got the model working properly. My first suspicions were that the model textures and UV mapping were messed up, so I made sure every individual piece was its own texture. (Possibly unnecessary)

Finally what ended up being the problem was the normals for many parts of the model needed to be recalculated. Unity only has one side to its normals while Blender has two, thus it functioned in Blender still without appearing to be a problem. I noticed the forearms were the only objects that appeared correct in Unity, and sure enough they were only one's that accepted a texture.

And for those people also trying to export models to Unity, I can not stress this enough- Make sure all your textures are in a folder for organization and move that folder MANUALLY to Unity. Many tutorials completely skip this fact and make it appear that simply a packed blender file is enough. It is not.

Not the answer you're looking for? Browse other questions tagged cycles-render-engine texturing materials unity or ask your own question.

38
.fbx export why there are no materials or textures?