How to simulate overexposure due to bright light? (Cycles)

I try to make a animation where the light of my object gets brighter until the picture is white. I only want that the intensity of the light rises, so that it looks like the light shines directly in the camera. Then the other objects in the picture should fade to white from the lightsource. Unfortunately I didn't find a video to show you what I want.

I had a few ideas how I can accomplish that, but none of them worked.

1.I tried to increase the gamma of the picture. But then the whole picture getting brighter at the same time, and thats not what I want. I want that it spreads from the lightsource. 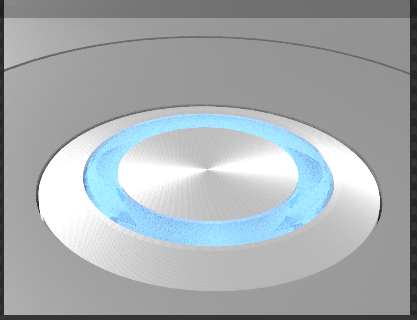 So how can I get the effect I want?

And even if its not good to ask two questions (but it belongs to my first question) Do I have to render my animation again after the composing?

Here is a file if you want to look:

Ok I think I found a solution, for now. It doesn't look realistc but better than nothing. With this nodesetup its possible to increase the brightness to white and then spreading out from the source.

If you increase the value of the multiply-node the light is getting brighter.

Just changing the contrast of the render doesn't work for you?

Not the answer you're looking for? Browse other questions tagged modeling rendering node-editor workflow light or ask your own question.

4
Compositor ID Mask not working?
2
How to make Edge Glow?

13
How to get additive blending in cycles?
7
Using an Emission shader with textures without affecting the color of the mesh?
3
Light rays through glass
0
Cycles: Apply gradient to light cone setup with spotlight lamp
1
How would be the best way to render a camera oscura