I'm trying to use Limited Dissolve on a larger model, which brings the model down from 600k vertices to 100k vertices (no this is not hand generated :)). Below, you can see a much more simplified model just for this problem.

I created a plane that was sub-divided into several faces. I then extruded the edge faces to create a wall as seen here: 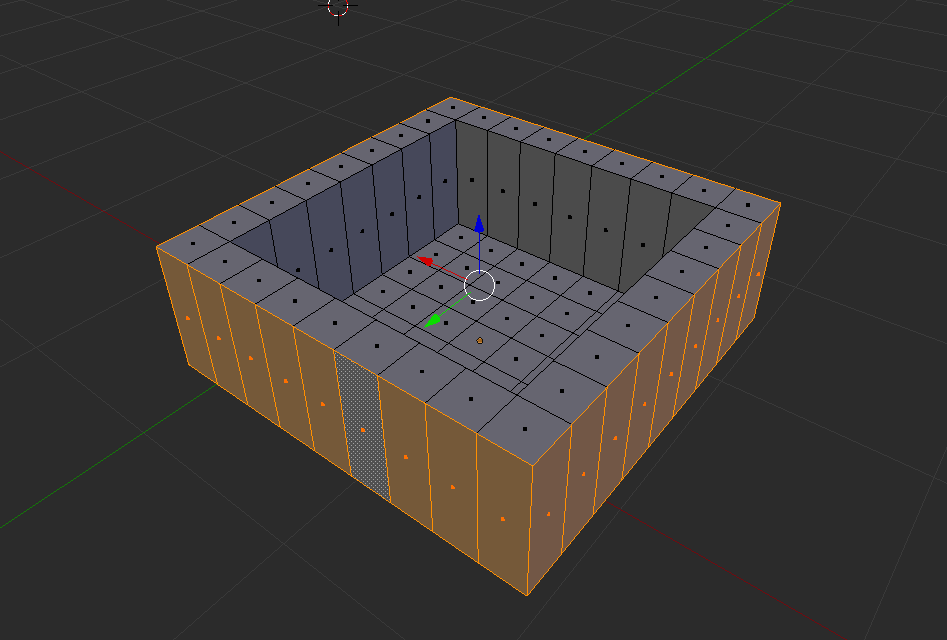 I selected the edge faces by going into Edit mode, then alt + RMB and clicked two of the faces around the border to give me the selection seen above.

In this model (same problem I have in my bigger, more complex model), I have several extra vertices and subsequently faces, that aren't needed. For example: Since the exterior wall is a straight line, that could just be a single quad.

Alas, I came across Limited Dissolve, which I think is exactly what I need to be using. So, in Edit mode I pressed A twice to select everything, pressed X and clicked Limited Dissolve. That produced this: 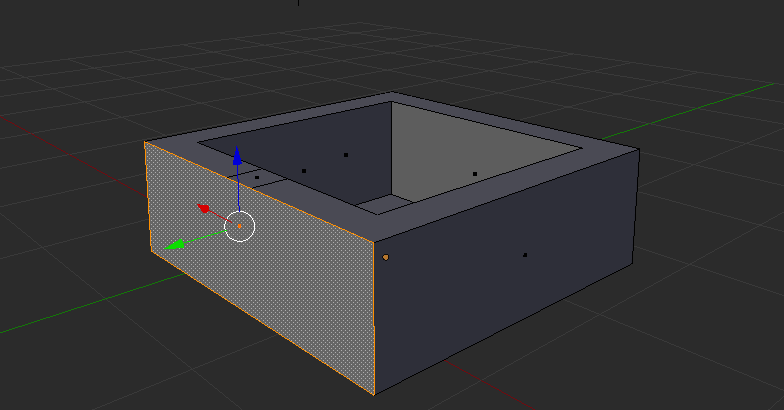 I unfortunately now can't seem to use the ALT + RMB to select that same outer loop as seen in the first image. I need to be able to select the edge faces as seen above to apply texturing across large segments with lots of faces, but the Limit Dissolve seems to break that ability.

Furthermore, why do the face centers (the dots) seem to no longer be centered in the quads?

I found some similar posts regarding edges but not with regards to the face loop selection:

Loop cut entirely after dissolving an edge Why isn't 'Loop selection' working if object only has edges?

Select all the top faces and delete them. Click Select -> Select All by Trait -> Loose geometry to select the edges on top that are no longer connected to faces. 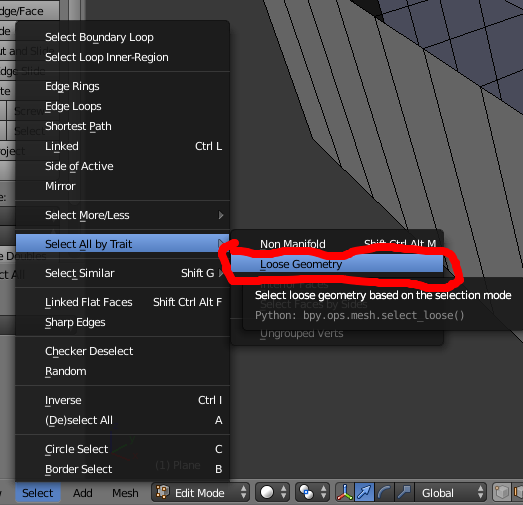 Press delete -> Only Edges & Faces to remove the unnecessary edges. 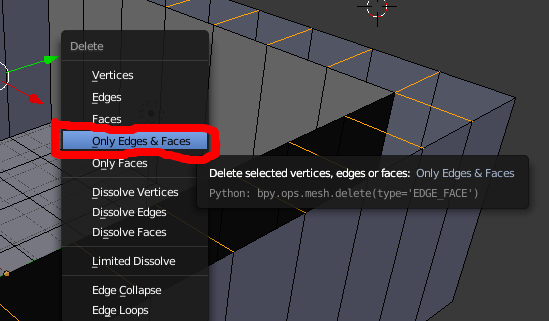 Select all geometry by pressing A and press delete -> Limited Dissolve. 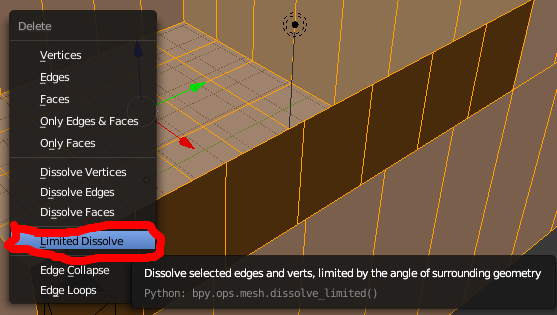 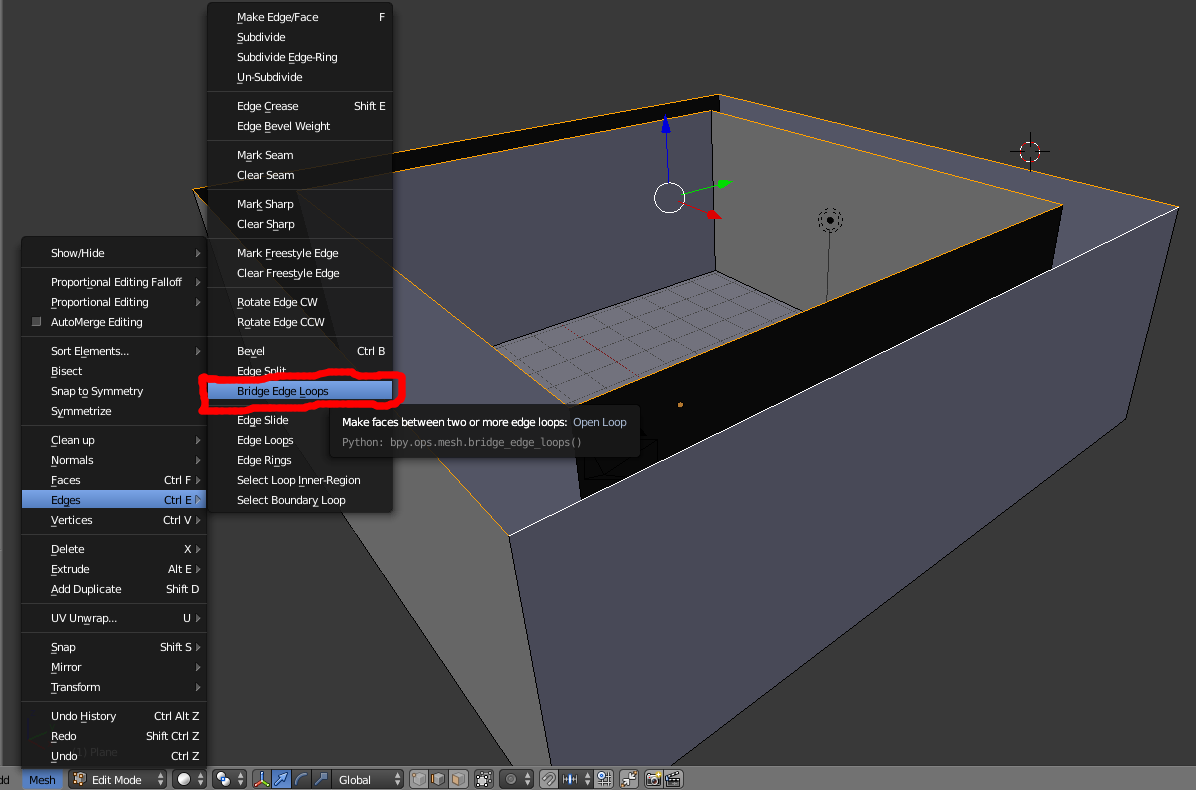 You now have this: 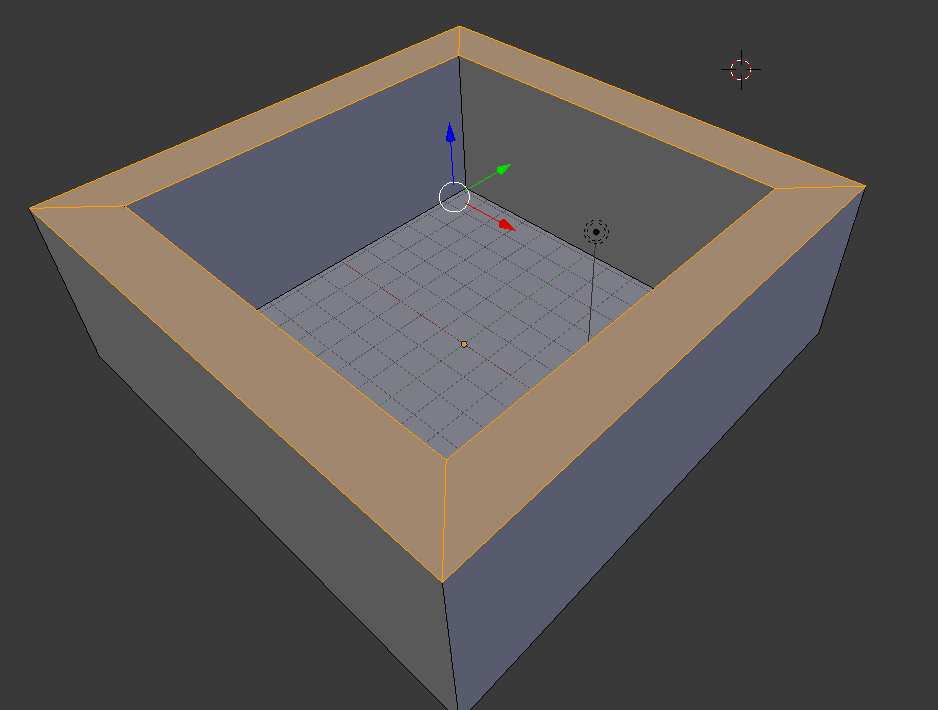 Okay, so @Denis definitely put me down the correct path. So, when using Limited Dissolve, it does create N-Polygons.

So, eventually I managed to stumble across https://blenderartists.org/forum/showthread.php?254109-convert-n-gon-to-quads-tris . I'd highly recommend adding the plugin to blender, which when activated, under the 'Object Data' tab, it will count the number of Ngons, Quads, and Tris for you.

Anyways, so when I clicked 'Select ngons' they popped right up nice and highlighted. I then converted the ngons to triangles, then back to quads, and that seemed to clean things up.

Just wanted to update this post, should anyone come across this.

Not the answer you're looking for? Browse other questions tagged modifiers faces or ask your own question.

3
Loop cut entirely after dissolving an edge
2
Why isn't 'Loop selection' working if object only has edges?

4
Texturing with remesh modifier
4
Is there a way to “merge” two extruded regions to one?
0
Trouble controlling where to add Faces on my model
1
Can't Keep Loop Cut & Slide Where I Want With Measurements
0
Limited dissolve many faces
1
How can I delete overlapping faces when the faces are in multiple objects?
2
Face Appearing that can't be selected
3
Blender loop cut e boolean doesn't work together. How to fix this ? How to create an arc on plane of loop cut?