Blender 2.76 is rendering only a portion of the scene. 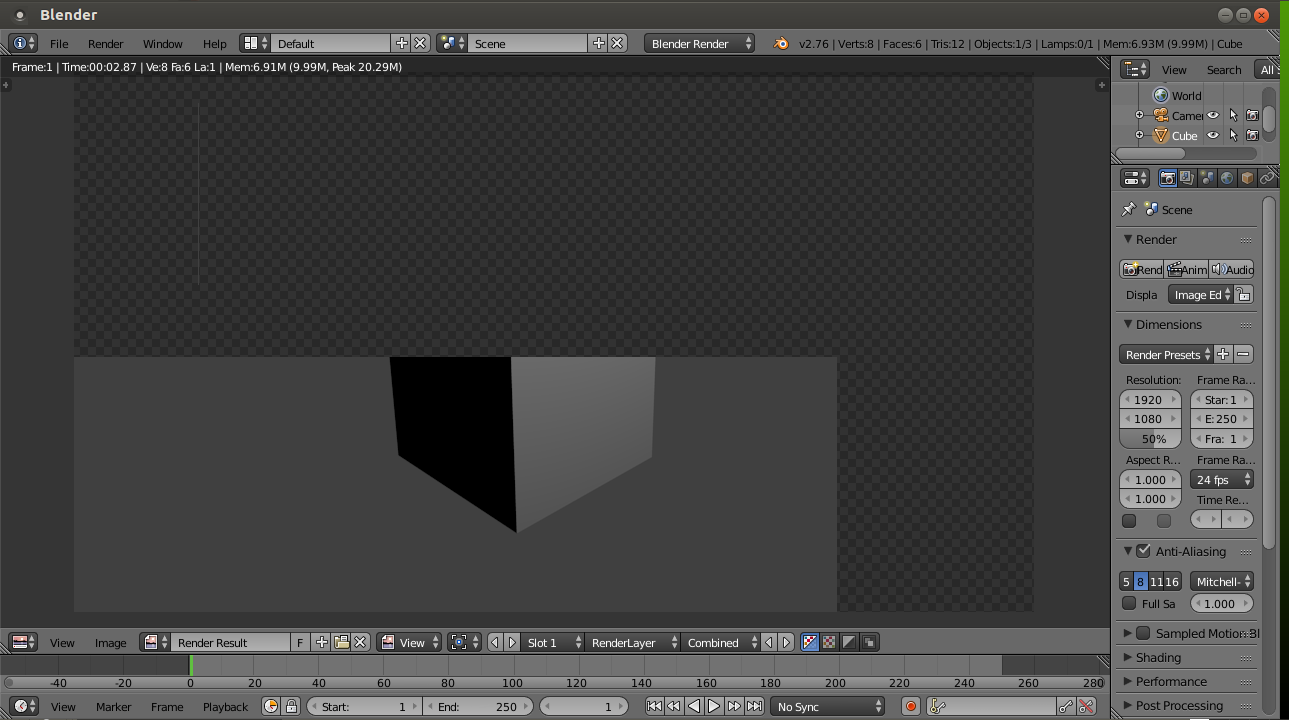 No alterations to Blender's default configuration were made: I simply started Blender up and clicked on the render button so it would render the default cube scene. Although the on-screen rendering was incomplete, the rendered scene was complete as a saved image.

I will try the Nvidia driver with it; however, I have been unable to get an efficiently usable desktop environment using that driver (incorrect resolution with screen badly offset).

Did you use the file for different renderings before? I had that issue when using one file for rendering several images one after another. Try opening a new file, then append all stuff from the current file into a new one.

Not the answer you're looking for? Browse other questions tagged rendering hardware or ask your own question.

1
Rendered animation is incomplete
2
Does CPU matter when rendering with GPU?
2
Can mining rig be used for blender rendering?
1
Question about using multiple graphic cards to rendering
0
Unable to render with cycles using GPU: failure to compile CUDA kernel
3
Blender 2.82a cannot use CUDA or OPENCL