Human model and other textures won't show up on render

I've been making animations of different accidents happening to the human model and recently I grouped them in folders. When I made another one which is already made in a new folder but still used the base file of a previous animation, the human model and other textures won't show up. The weird thing is, the shadows show up but the 3d model itself won't. I've tried almost every solution I saw in the threads here such as disabling the Render Layer, checking the toggle buttons and the Disable Restrict Layer thing- nothing works. Our deadline is on Wednesday and I'd appreciate if someone would answer ASAP. Thanks. 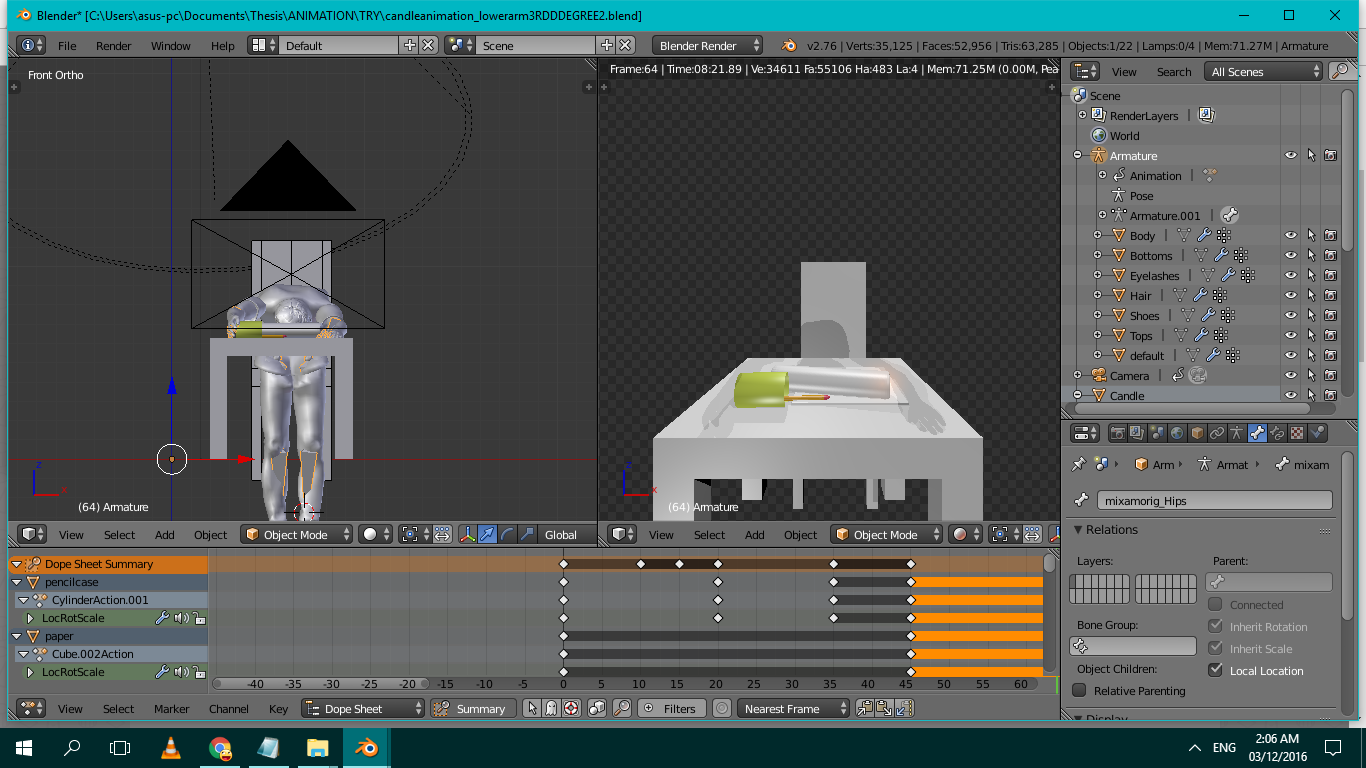 And the blender file: https://drive.google.com/open?id=0B_pEJgt9uYGSTmxVNzRYTkllZVE

11
Why is part of my model not being rendered?

2
How do I make my textures show up in render?
1
Sequencer won't show the actual animation
2
Text in Blender won't render
2
I can't import a COLLADA (.DAE) file into my scene
1
My background image won't show up in blender 2.79
0
How can I see a texture on my model?