Keeping the animation running in a Python script triggered by Always sensor in bge?

I am trying to create my own sensor block in Blender's Game Logic to detect a text file being created in my C drive by another program.

Is it possible to perhaps hack an existing sensor or to create a new one in which you can define where the text file is located?

I tried using the suggested answer method stated below, but the python code would only run once upon finding the variable in the test.txt file. Any ideas on how to keep the always loop running? Here is some sample code:

Here is a screenshot of the game logic blocks setup: 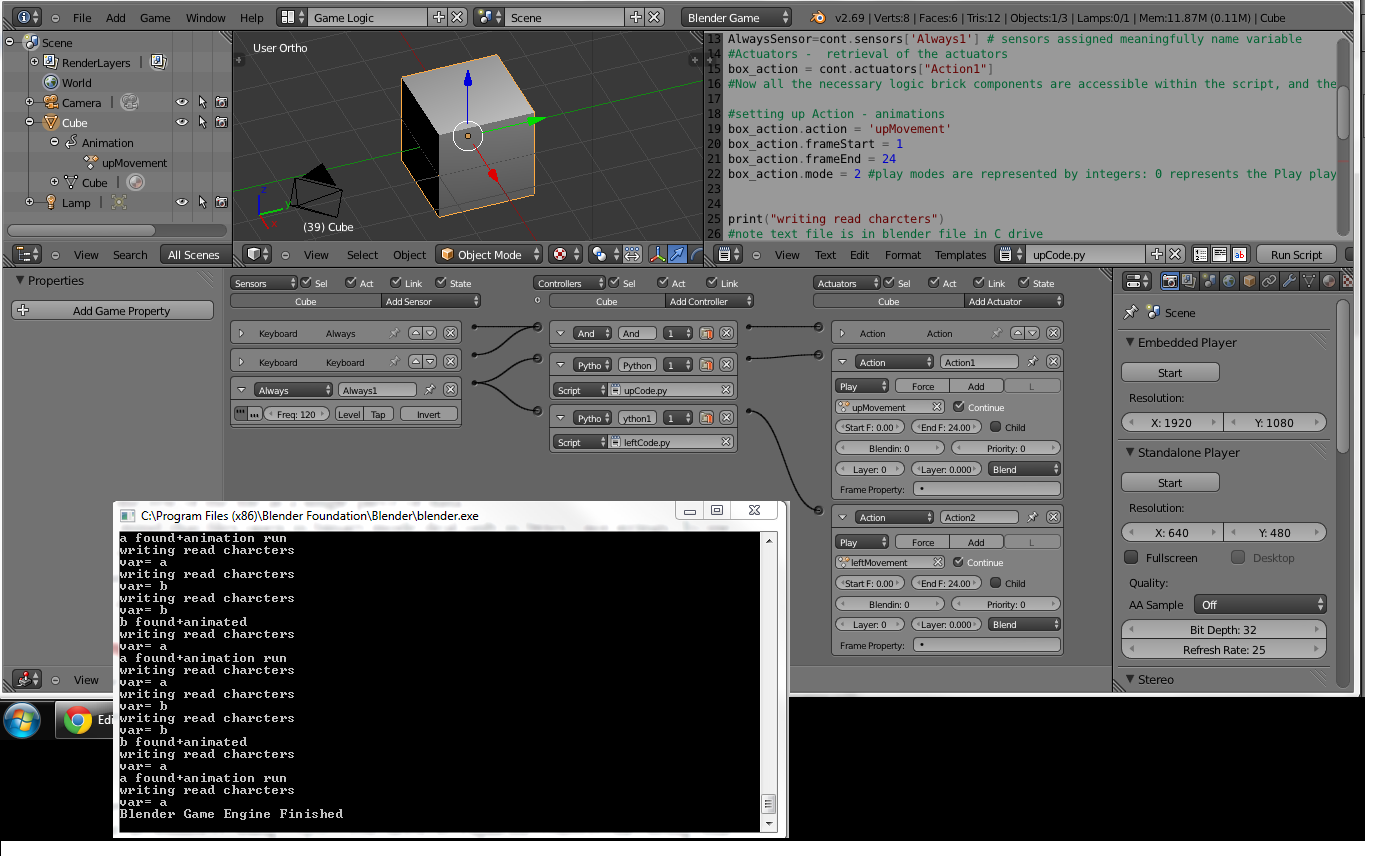 I would connect an always sensor into a python controller to run a python script that tests for the file and handles it accordingly.

Not the answer you're looking for? Browse other questions tagged scripting game-engine logic-bricks or ask your own question.

12
Controlling armature through python
1
Problem assigning action in BGE
2
How to setup a simple scene using Python in BGE?
2
Help with moving an object in bge randomly via script?
2
How do I format an integer text object using just logic bricks
0
Always sensor/ python controller
0
(Blender Game Engine) Walk and Run cycle sound problems
1
How to store the contents of a variable in a file?