Animation stutters at beginning and end of loop

I am pretty new to Blender so I apologize if this is a stupid question. I know it has been asked before, but during the past hour of trying, I have been unable to implement a satisfactory answer.

I have an animation (of a hippo's tail) moving back and forth in an idle animation. I am using Bezier interpolation to get a nice smooth animation and it works great with the exception of the first and last frames of the loop. I could probably get around this problem in a number of ways. I could add additional negative and positive frames at the beginning and end of my animation and loop only the central portion. I could manually edit the curves to be approximately correct. I could turn the interpolation to linear and deal with the associated issues.

What I want though is to be able to indicate that the first and last frames are actually the same frame and have the loop working properly. I've tried adding the cyclic F modifier, but I can't get it to work properly. 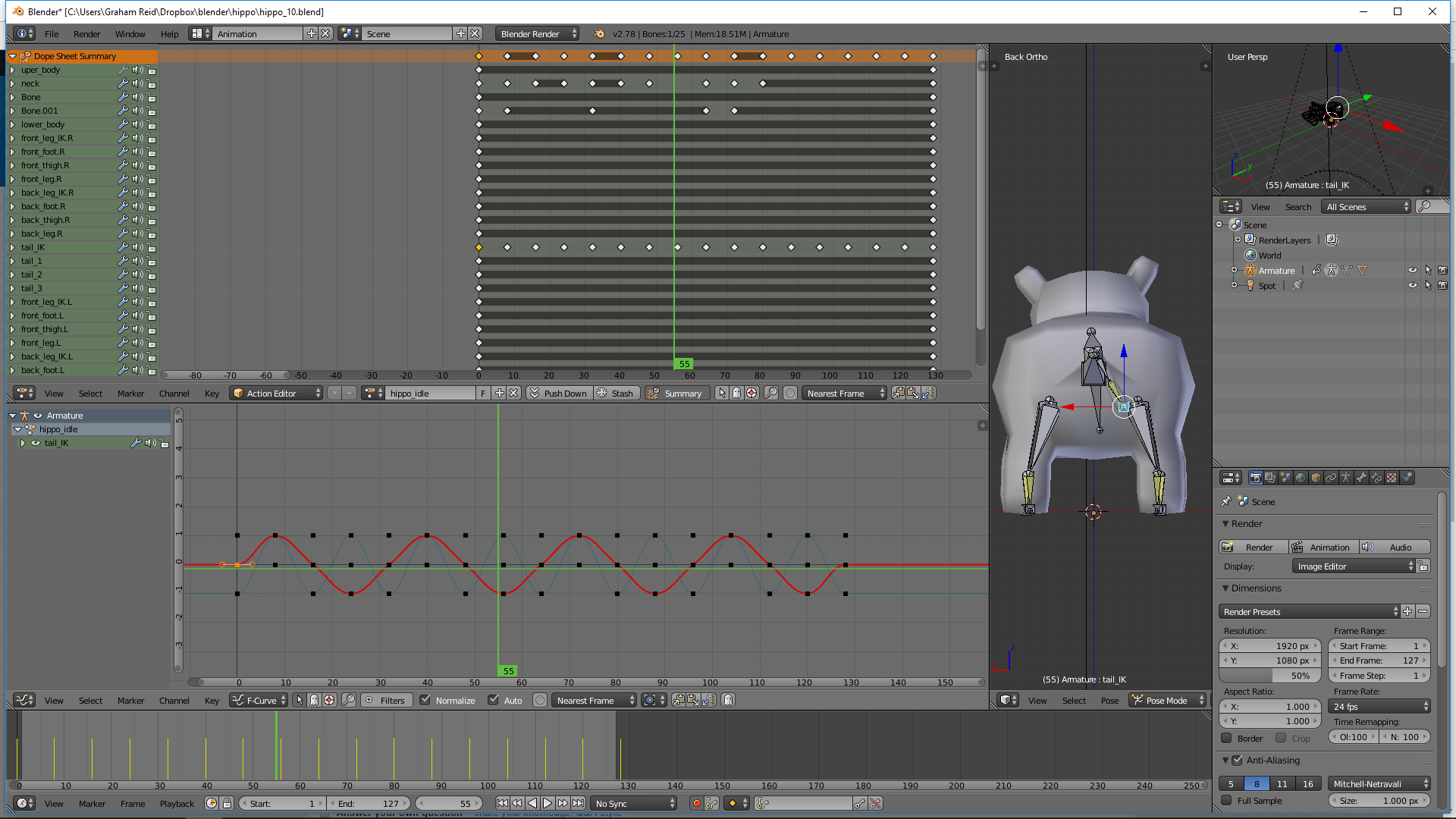 Thanks very much for the help, it is much appreciated.

The reason your animations are stuttering at the start/end is because Blender doesn't know that the animation is supposed to be a loop during preview, it just plays the animation through over and over. This means the first and last frame are getting played back-to-back!

If you are going to keep the animation in Blender, you can just set the playback to exclude either the first or last frame. This will immediately fix the animation Timeline previews (but that's it--use the NLA editor as suggested above). But if you are exporting an animated model to Unity, you can set the playable frames for looping animations to be all but the first or last during import.

Also: You will probably get a better match for the loop if you choose the Interpolation for the first and last frames in Blender to be "linear" in the Graph Editor.

4
Looping walk cycle animation snaps back on repeat
15
How can I create a smooth looping animation for cloth simulation?
2
Different animation lengths for each animation? (For FBX Export)
3
Interpolation of animation cycle extremes
0
Blender 2.49b: Loop animation between selected markers
1
Animation loop issue with Bezier and snapping issue with linear
1
How to create a seamless animation loop in Blender?
0
How does one seamlessly loop an animation containing a Noise modifier?