How to decrease vertex and Face ?

Everyone . This is my private work. I'm trying to upload this model via SketchFab.com bbut this model got too much data and too much Face Anything i can do to reduce face and vertex ?? 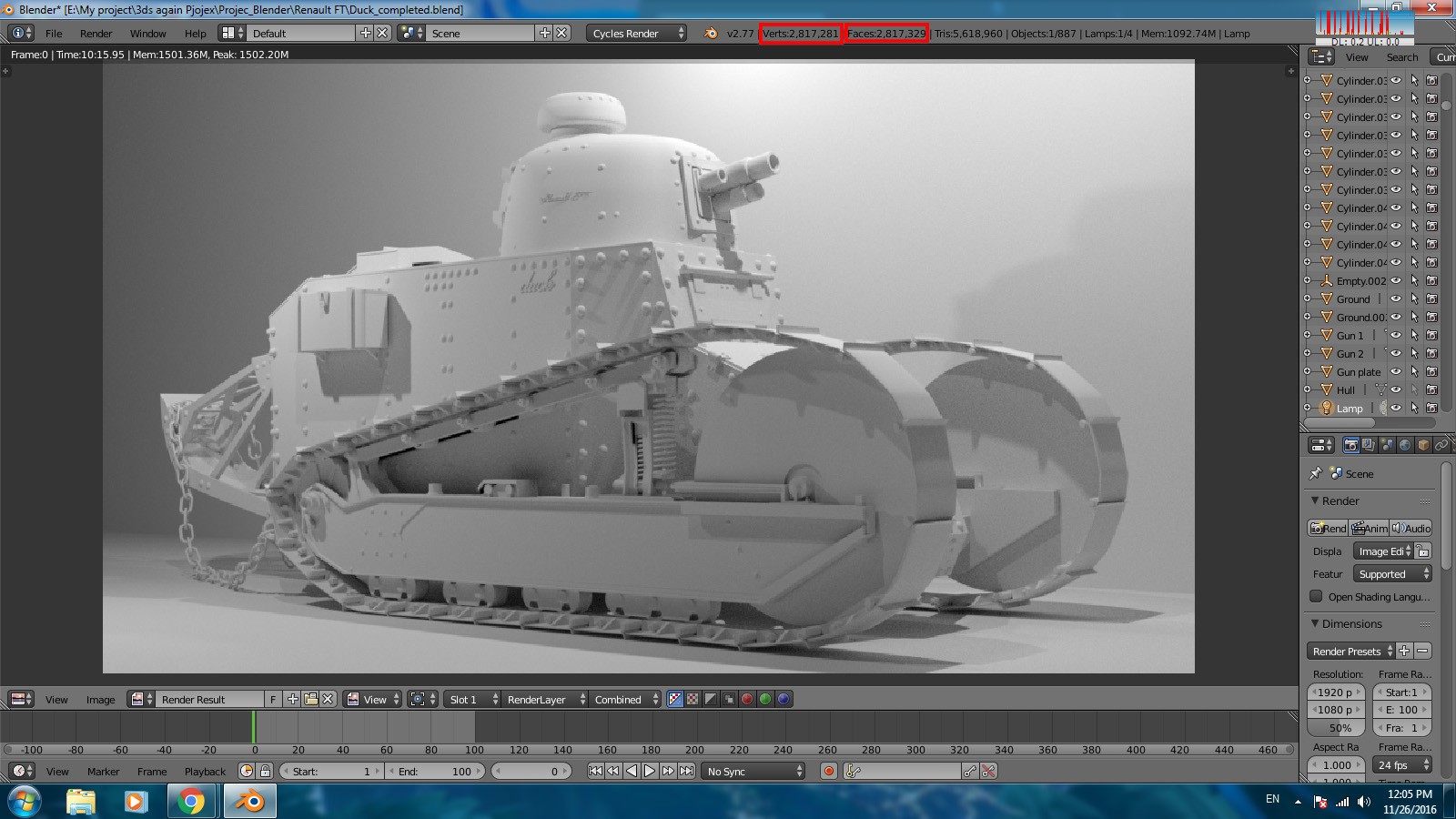 I would say the best thing you could do would be to decrease the amount of subdivisions on faces which are less likely to be seen, So for instance the chain, yes they play a valuable role in telling the story of the tank but when a texture is added you don't need as many faces.

So just think of spaces that people wont be able to see. Like the back part and the inside or even underneath it. But great bloody Model mate, I can see you like Battlefield 1.

Also for the pins/bolts/rivets along the tank, are they spheres? If so change them to Hemisphere's.

2
Is there a way to create per-face/per-vertex normals?
9
How do I shrinkwrap an object to a curved surface cleanly and efficiently?
3
Flat vertex painting, or face painting?
1
vertex slide within face
3
Finding a specific face/vertex/edge based on position value, not indices value
0
Why isn't the vertex moving the face of the object?
0
cannot create a face from a vertex
0
How do i fix this merged vertex and blank faces