How to blur specific borders of an object?

I want to blur only certain borders of an fluid-object, so that its borders have a smooth transition to the white background. 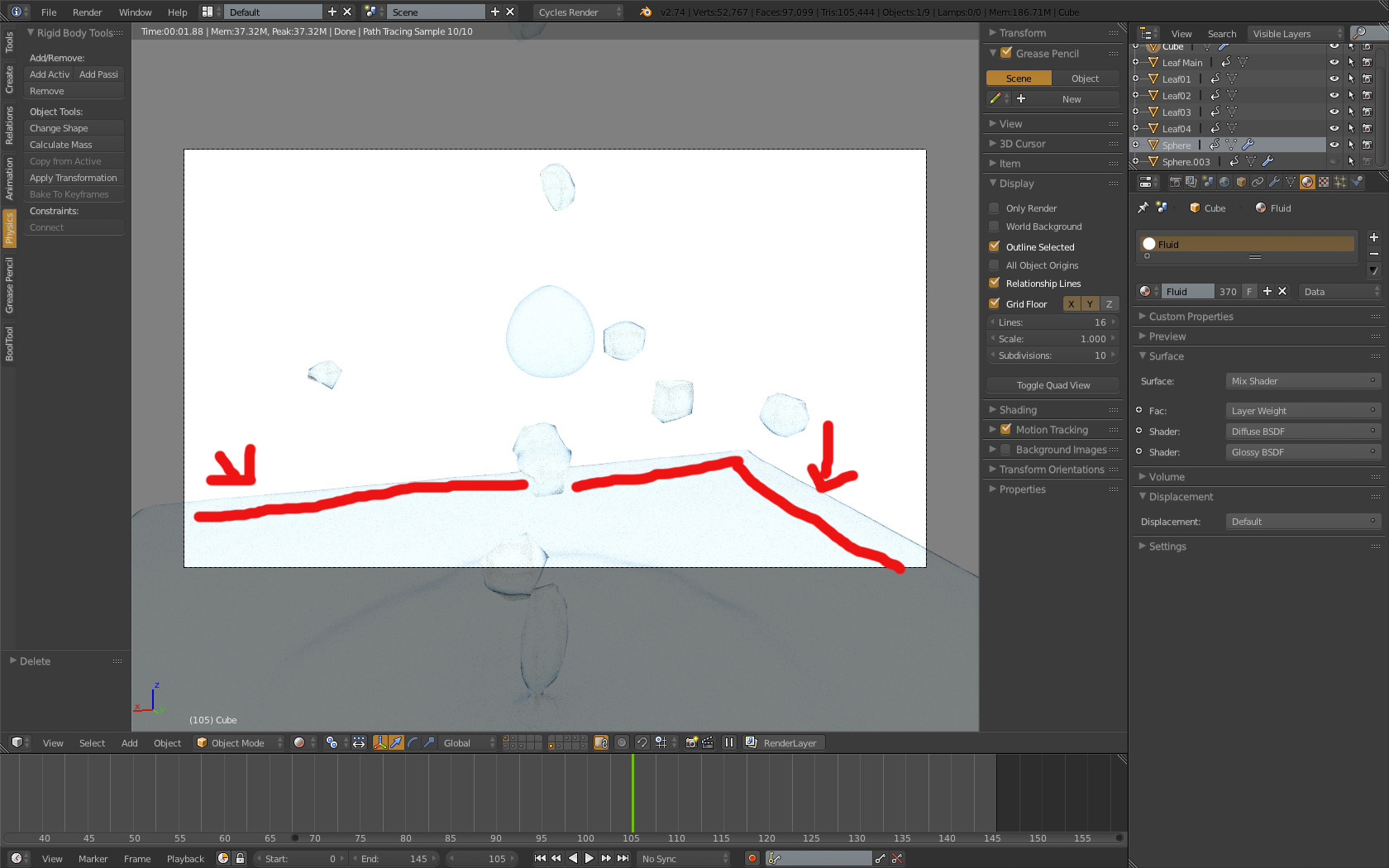 I'm using a fresnel material, so naturally the edges will be highlighted a little stronger. I want to have this effect for the drops, but not for the "ocean".

This is going to be an animation, so I'll need a solution for any angle of my camera.

My first attempt to solve this problem, was to create a ring around the edges with the same material to hide the borders of the fluid, but I realized, that this plane casts a shadow, even if I uncheck the shadow-box in the object-menu and I also realized, that I just moved my border problem further out. 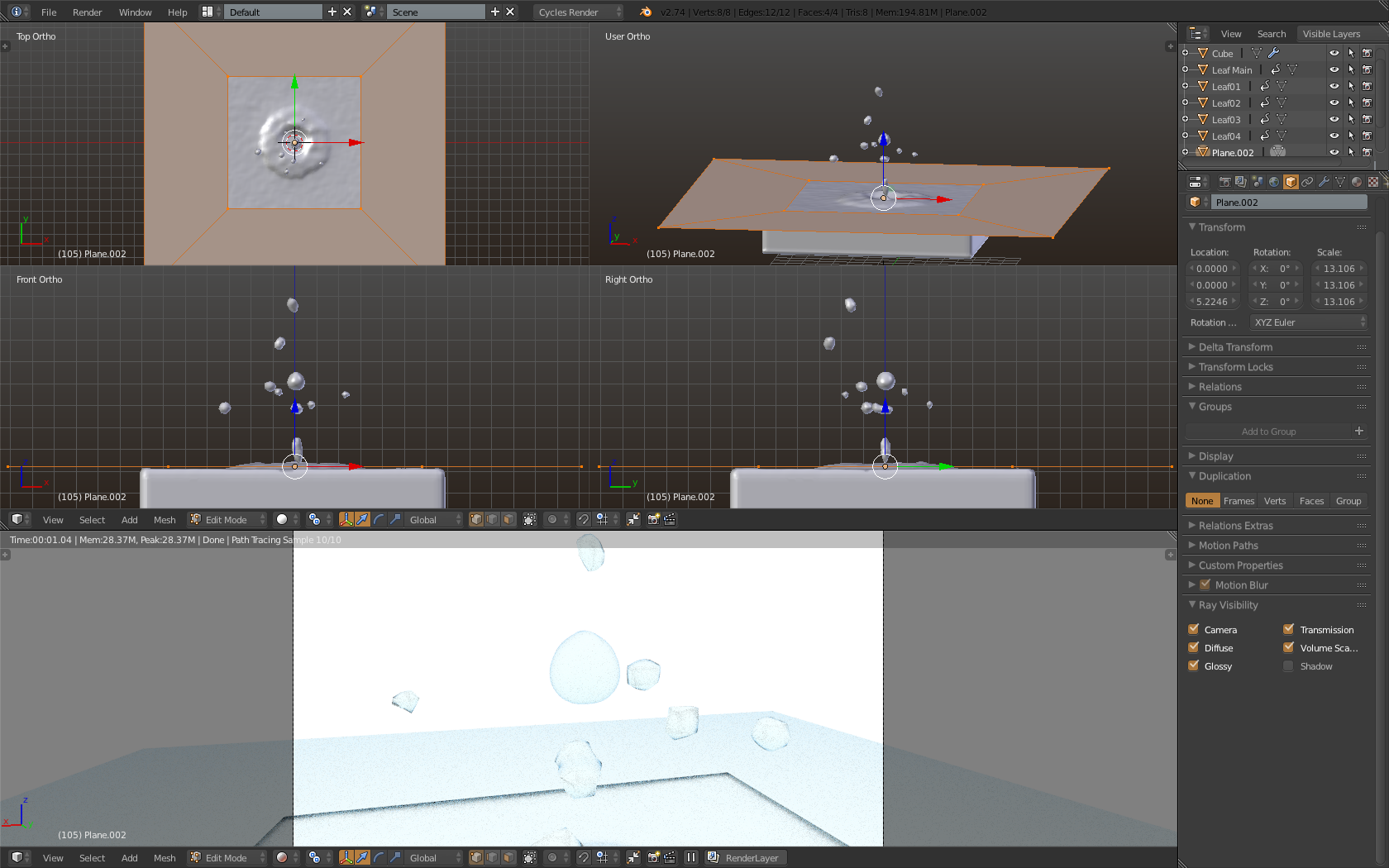 So maybe a transparent material for the plane, that blurs everything behind it?

In Cycles, you can create a transparent material that blurs anything behind it like this : 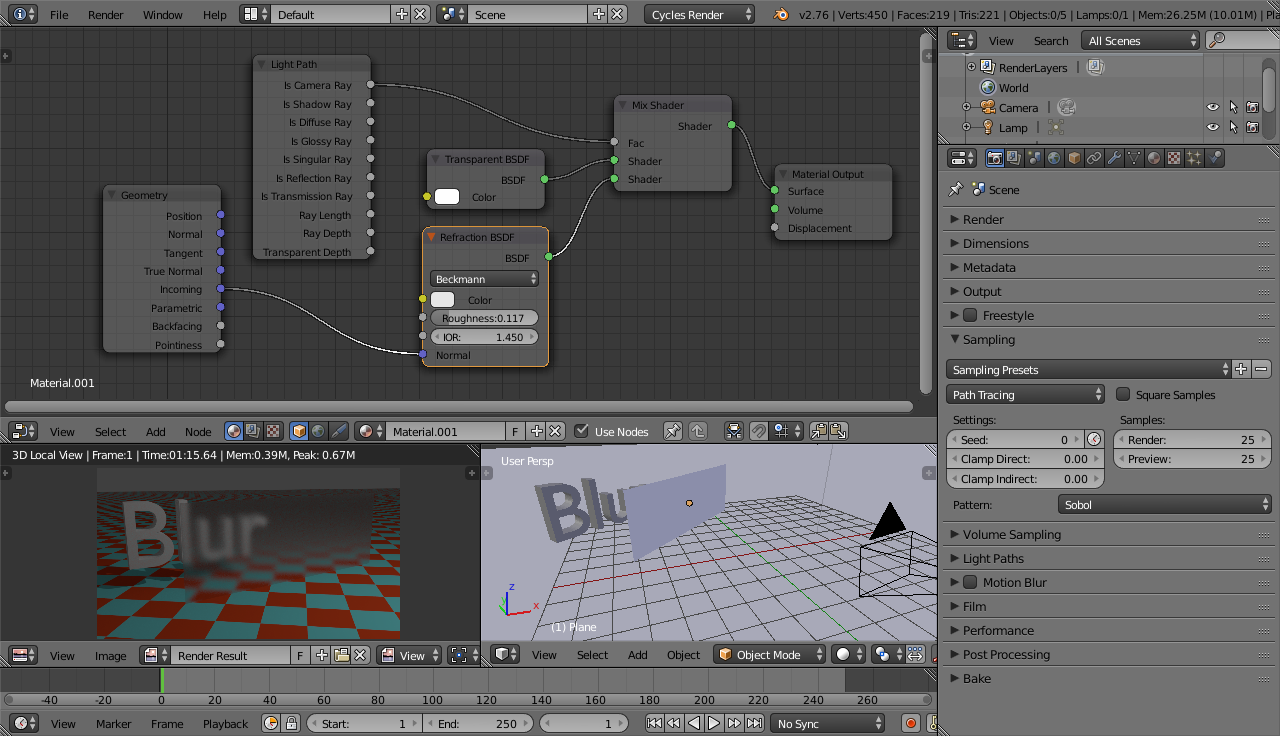 The Light Path 'Is Camera Ray' is used to mix between a Transparent and a Refraction shader - this ensures that the material does not cast a shadow.

The Refraction shader has its Normal linked to the Incoming Geometry socket and this ensures that no actual refraction will take place due to incident rays always striking the surface along the Normal. This result in the Refraction shader behaving as a 'Transparent' shader when Roughness is zero but by increasing the Roughness (with IOR set to a suitable value) you can vary the amount of blurring that occurs.

You'll need to ensure the Render Samples is set sufficiently high for the blurring to be smooth. 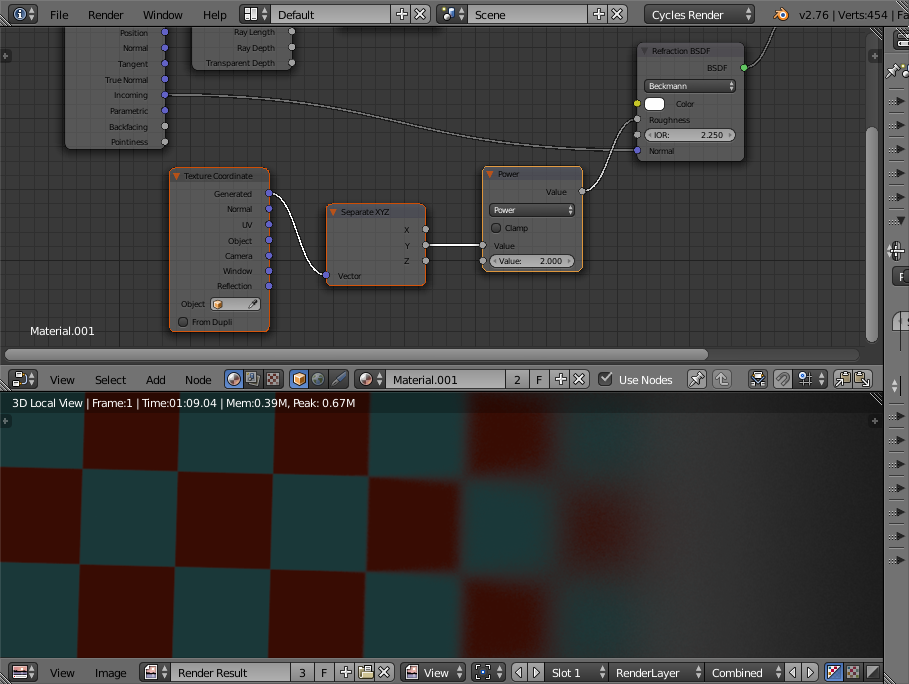 Not the answer you're looking for? Browse other questions tagged cycles-render-engine transparency fluid-simulation blur or ask your own question.

1
Compositor blur is patchy?
3
Is it possible to blur an Input value in the Cycles material node editor?
5
How would I fade out the edges of a plane, in Cycles?
0
Eevee vs Cycles on tinted glass
0
Cycles: How can I make a plane both emmissive and transparent?
1
Why there are black patches visible in fluid simulation?