How to use Separate Text Object inside a “Subprogram”?

I'm trying to create a "for each character of a text" loop.

I have a list of text objects as input and need to pass each object as parameter to the "Separate Text Object" node.

Is that possible? If not, is there a workaround?

P.S.: The screenshot is not accurate. I know I would have to call a subprogram after the "Separate Text Object" node. And that would result in a subprogram calling another subprogram (nested or recursively). 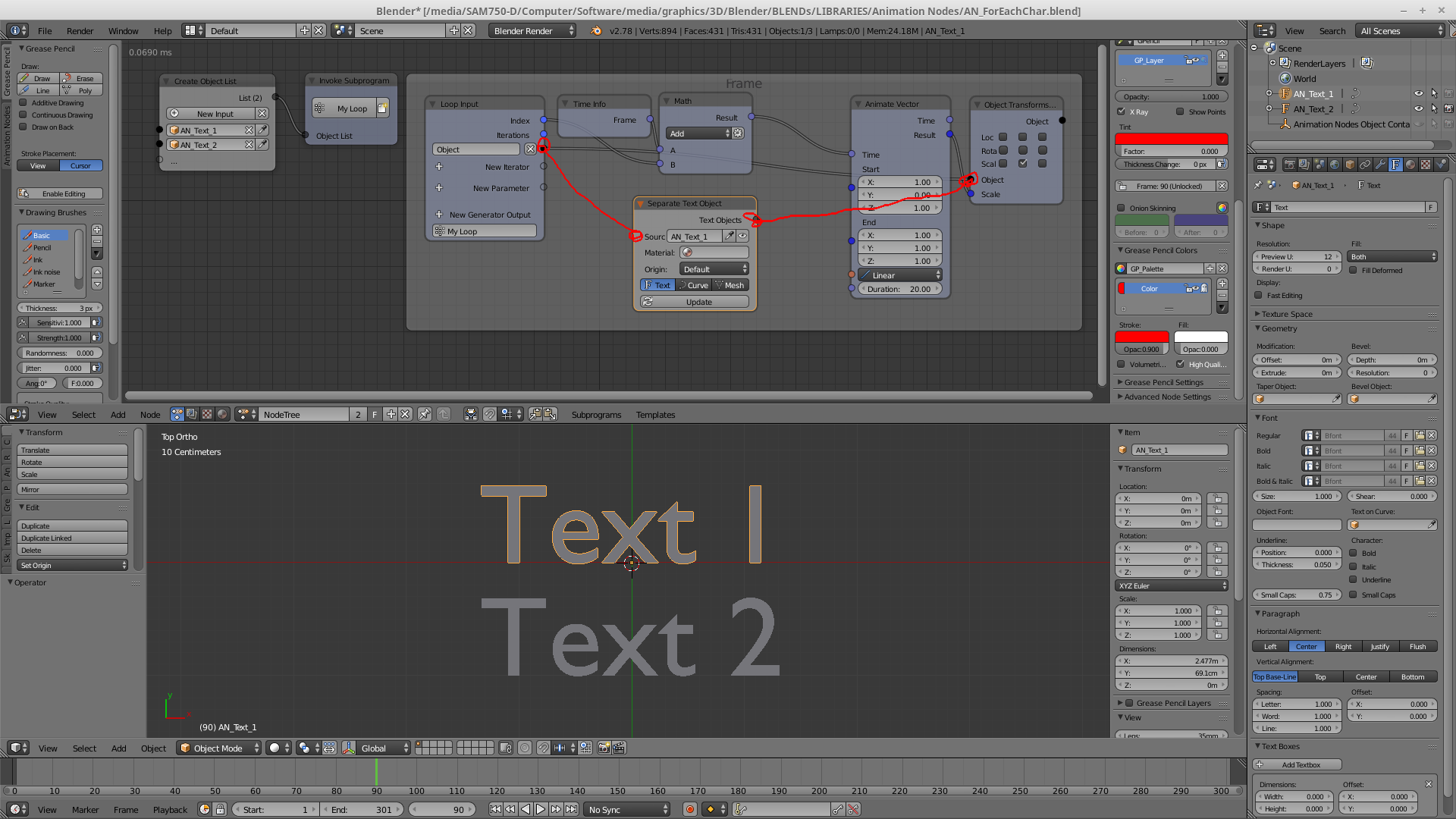 The Separate Text Object node actually outputs a list of each individual letter of the input text object. If you want to loop into each letter you have to use the output of the separate node as input in you loop node.

From there you can do any modifs to the letter you want. What you where trying to do could be implemented like this, and there is no need to nest loops. 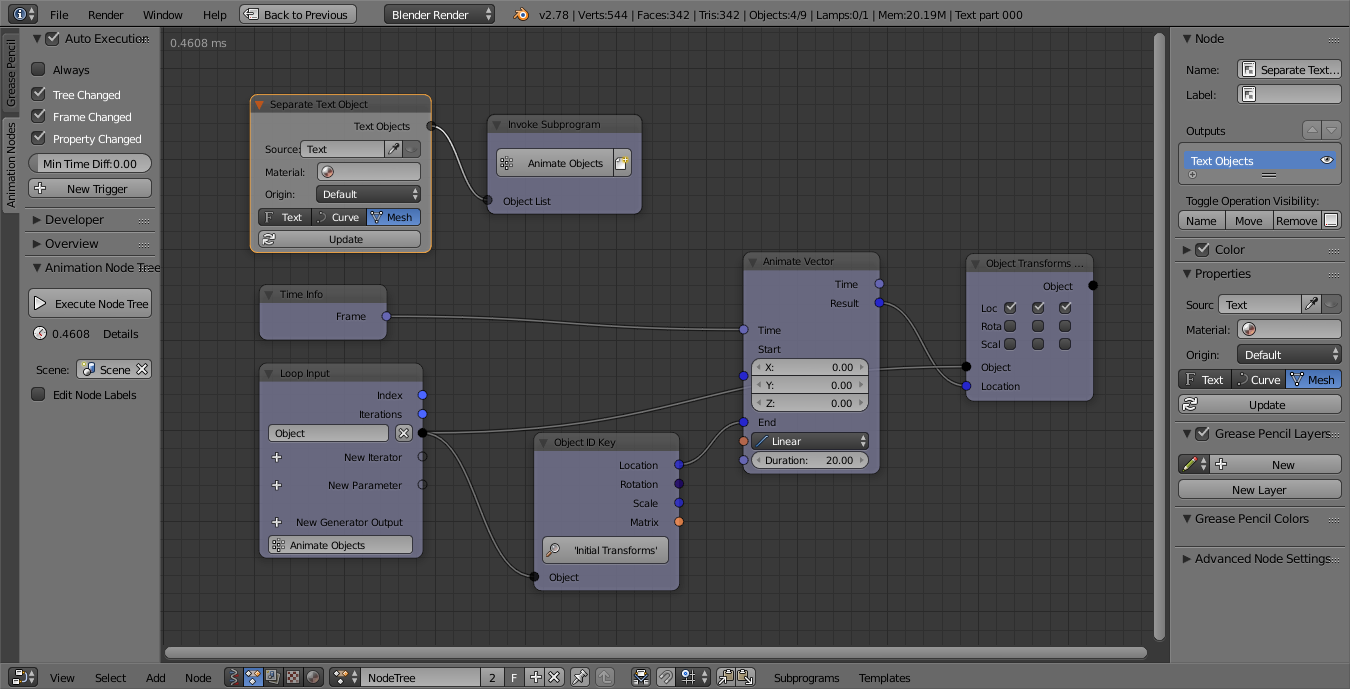 If you want to animate individual letters of mutliple text objects, there is no solution yet apart from making two different loops of the separate node. You can implement the group functionnality which is very useful when you have to repeat a process like there. 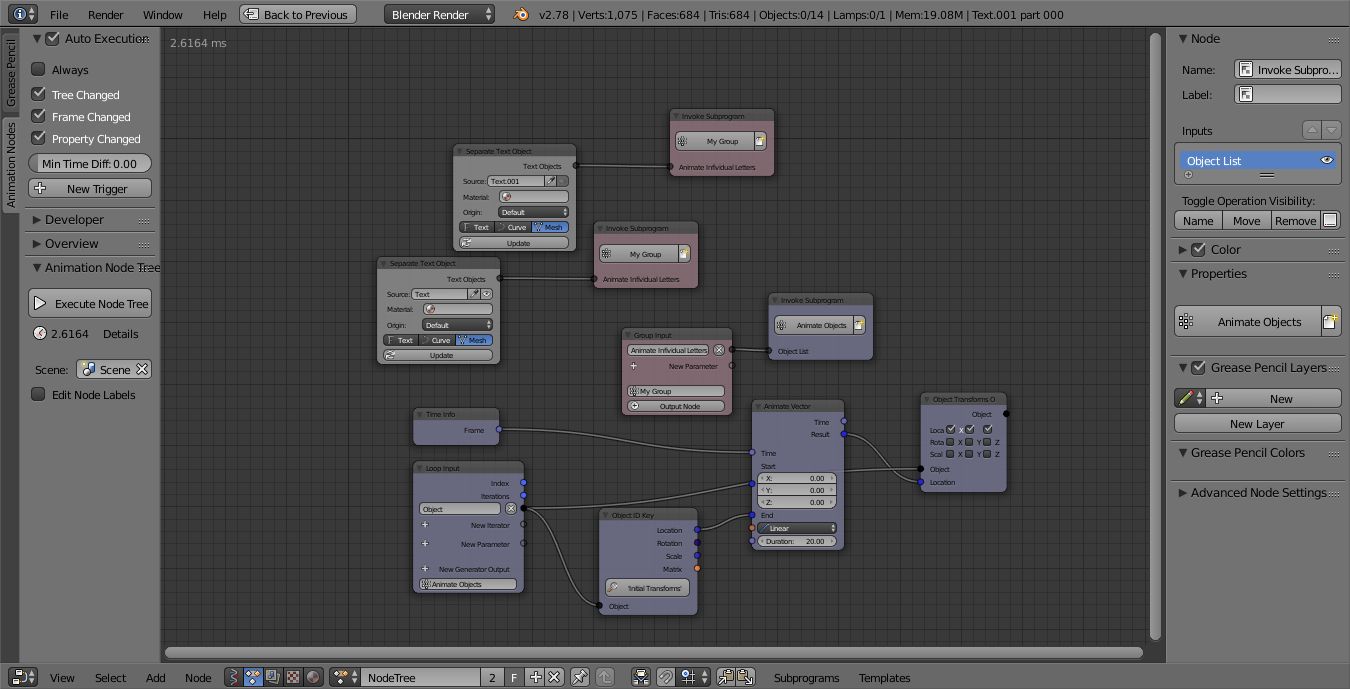 Maybe an input for the seperate individual letters will be implemented in future realeses. Note that Jacques Luke now include a very nice Animate individual Letter template, which is basically the same node setup than the first image, but animating matrices.