How can I make a groove in a sphere?

How can I make grooves in a sphere. If I use the Subsurf modifier, the edges don't keep sharp. And if I use a crease of 1 I loose the smoothness of the sphere. 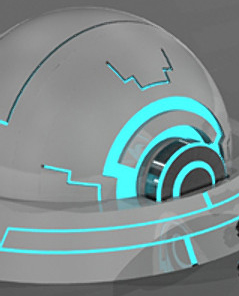 Here what I get using crease at 1. 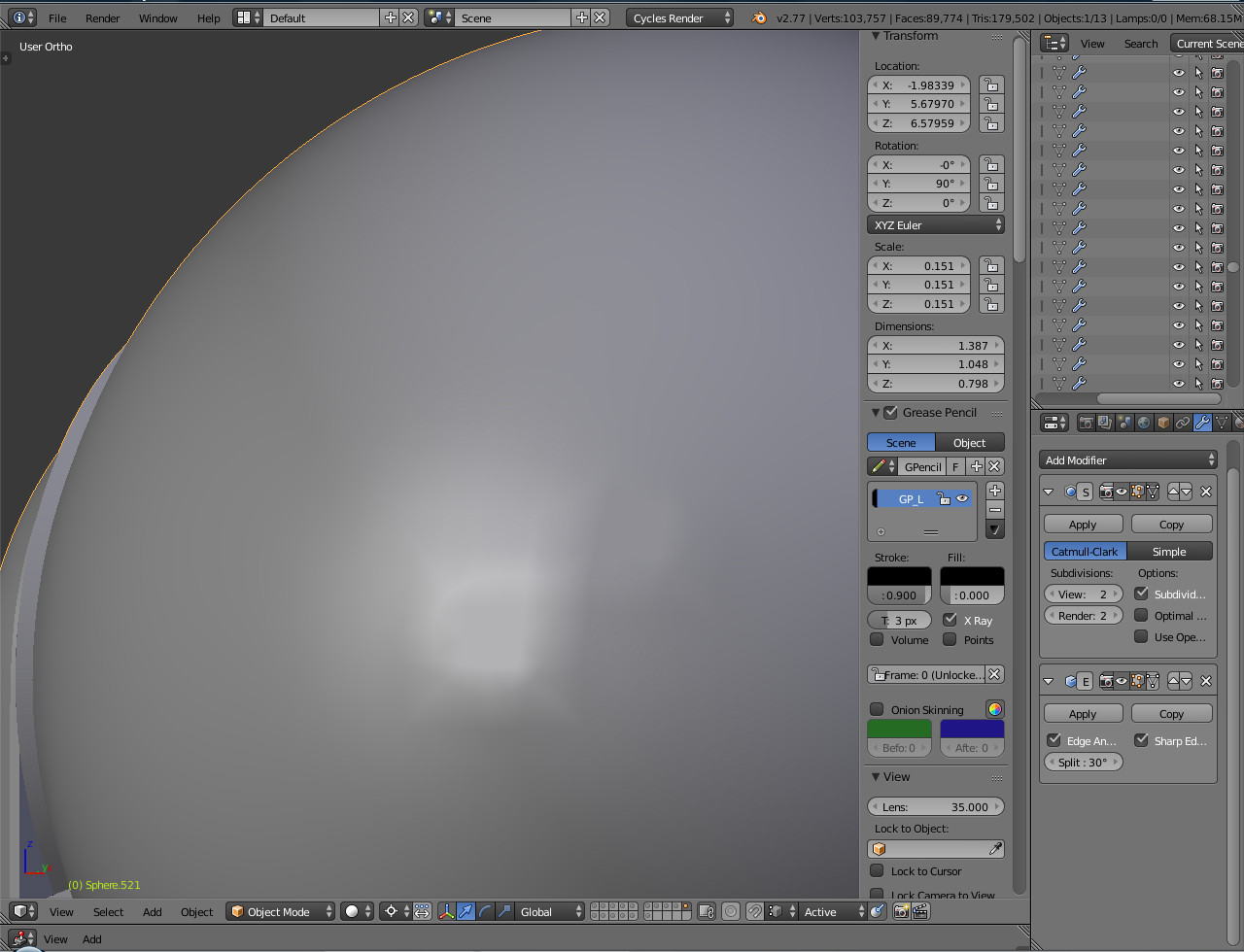 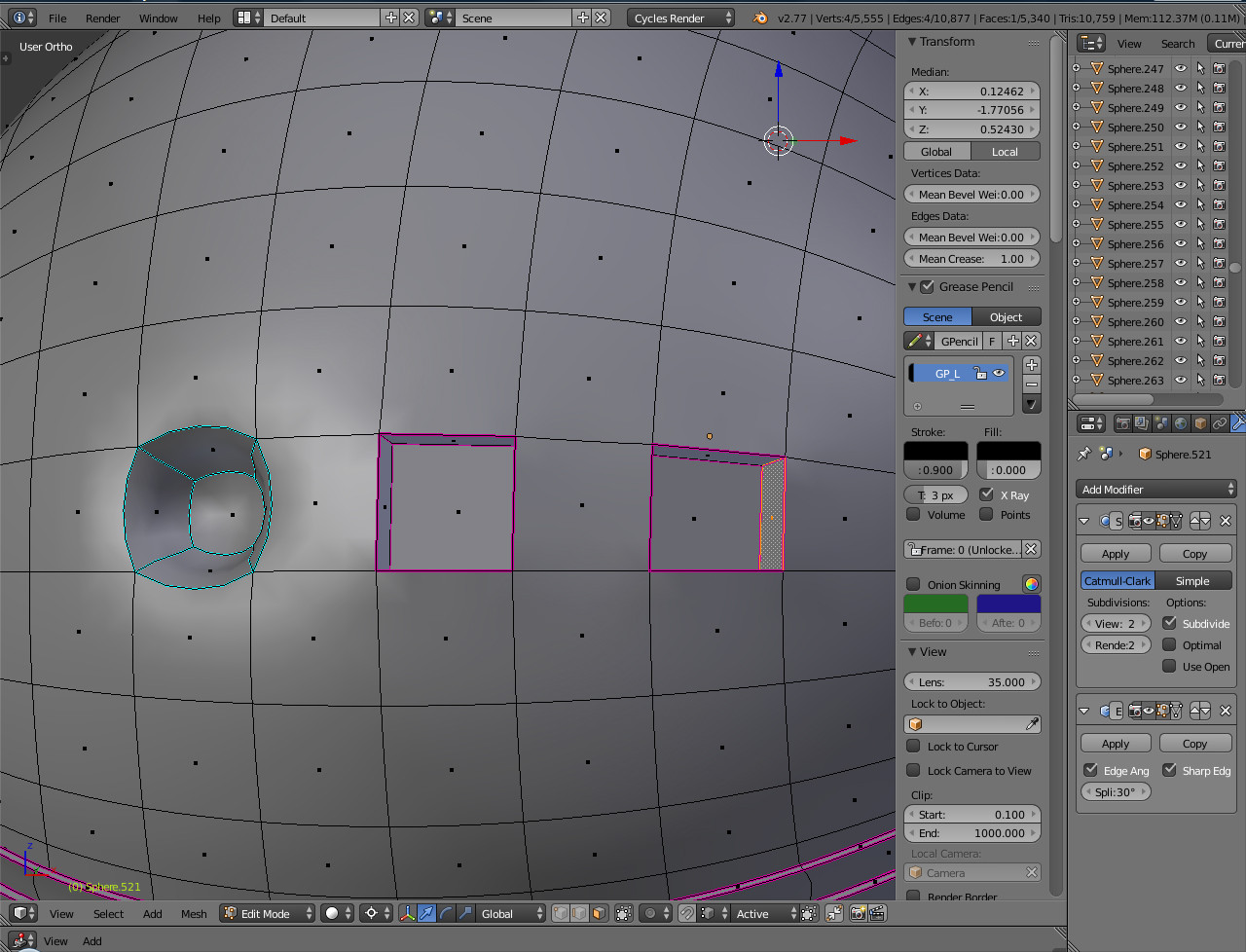 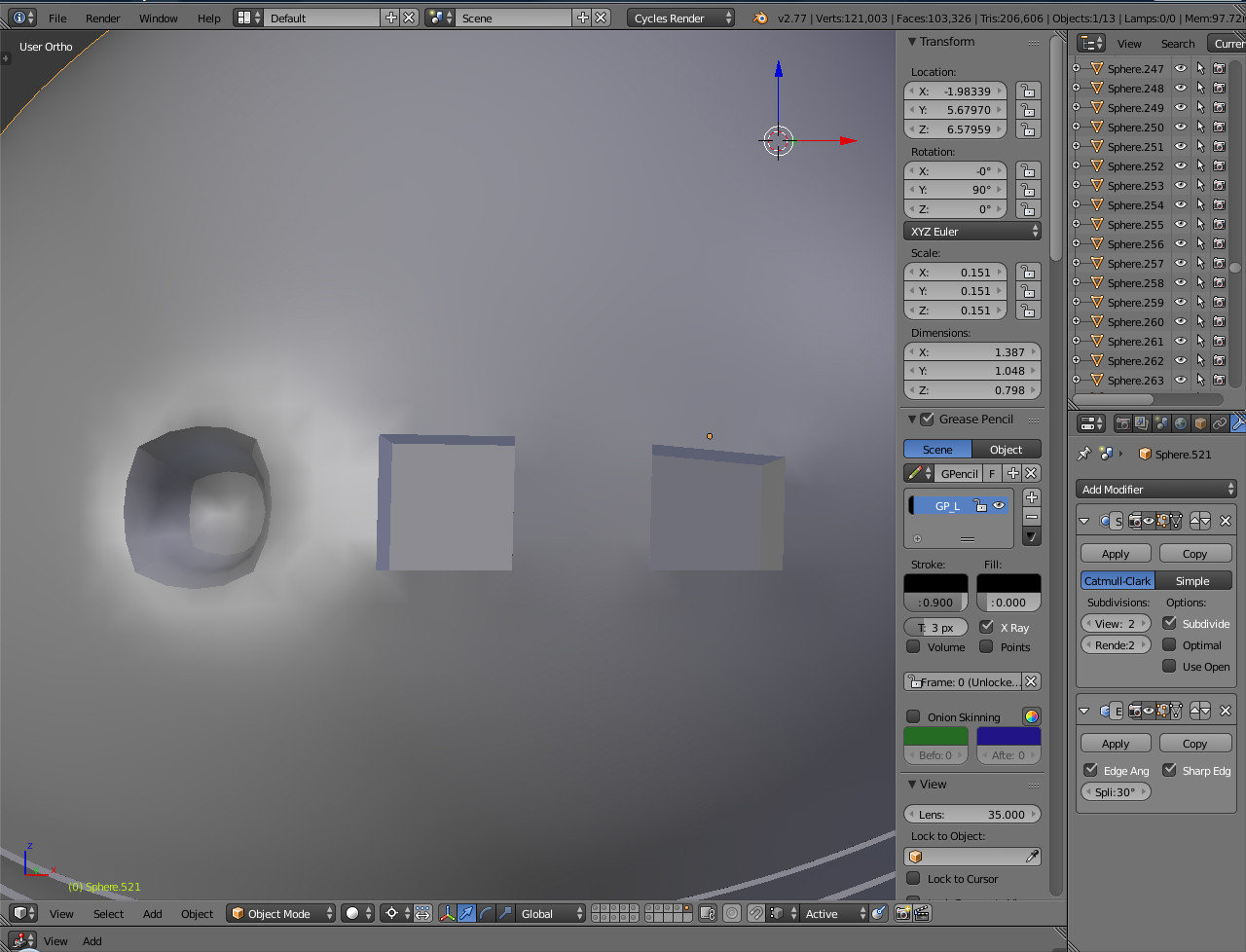 You can add a sharp 'crease' to a model by using the edge split modifier. I see in your screenshot that you already have the modifier applied.

In edit mode, select the edges you wish to effect and press 'Ctrl+E' to open the Edges menu. Select 'Mark Sharp'.This will split the edges to create sharp edges in the shading. 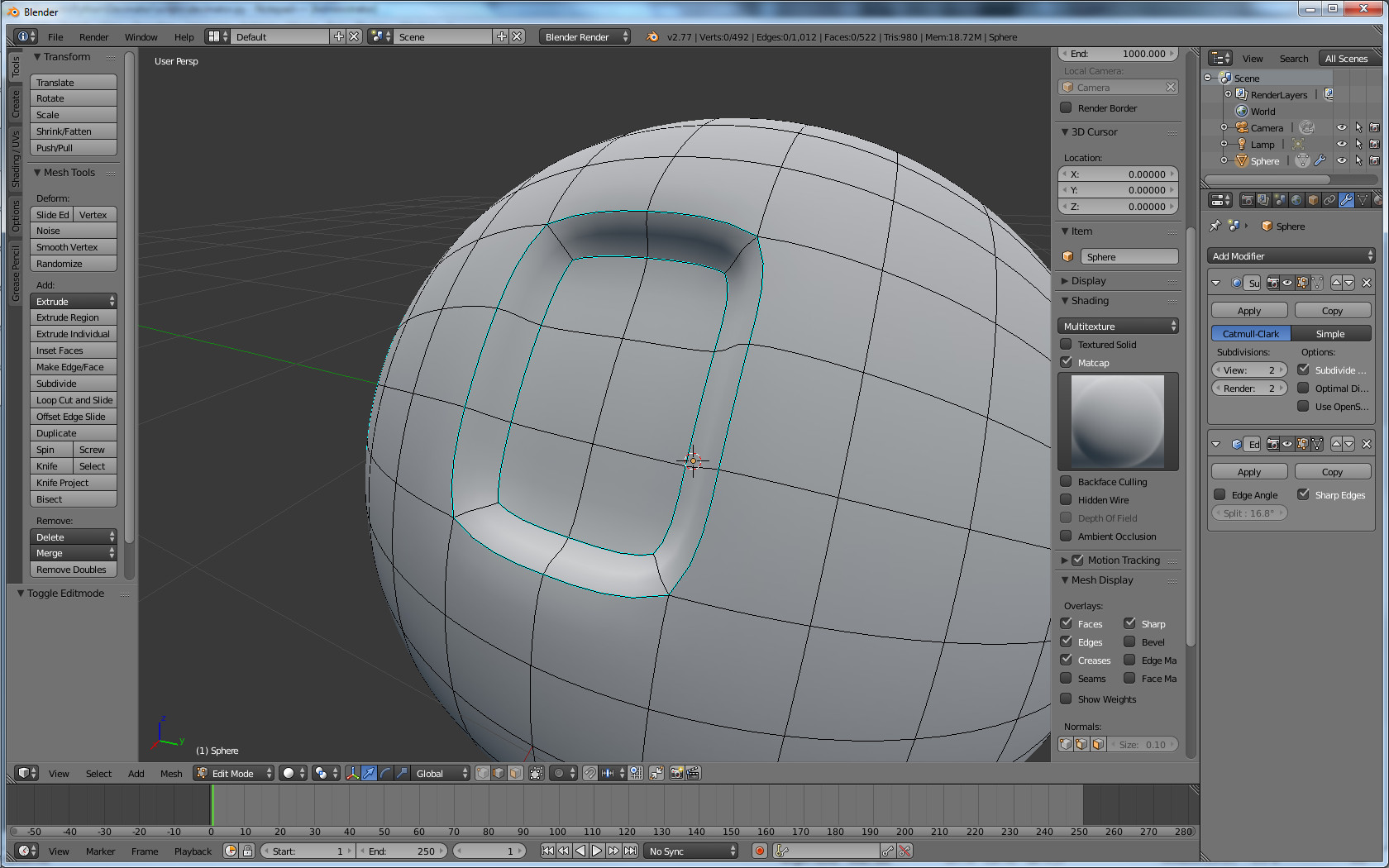 Afterwards, select those same edges and the edges connecting the corners of your grooves. Use 'Ctrl+E' again to open the Edges menu and use the 'Edge Crease' option to pinch the geometry into a sharp profile, effectively ignoring the rounded edges from the subsurf modifier. 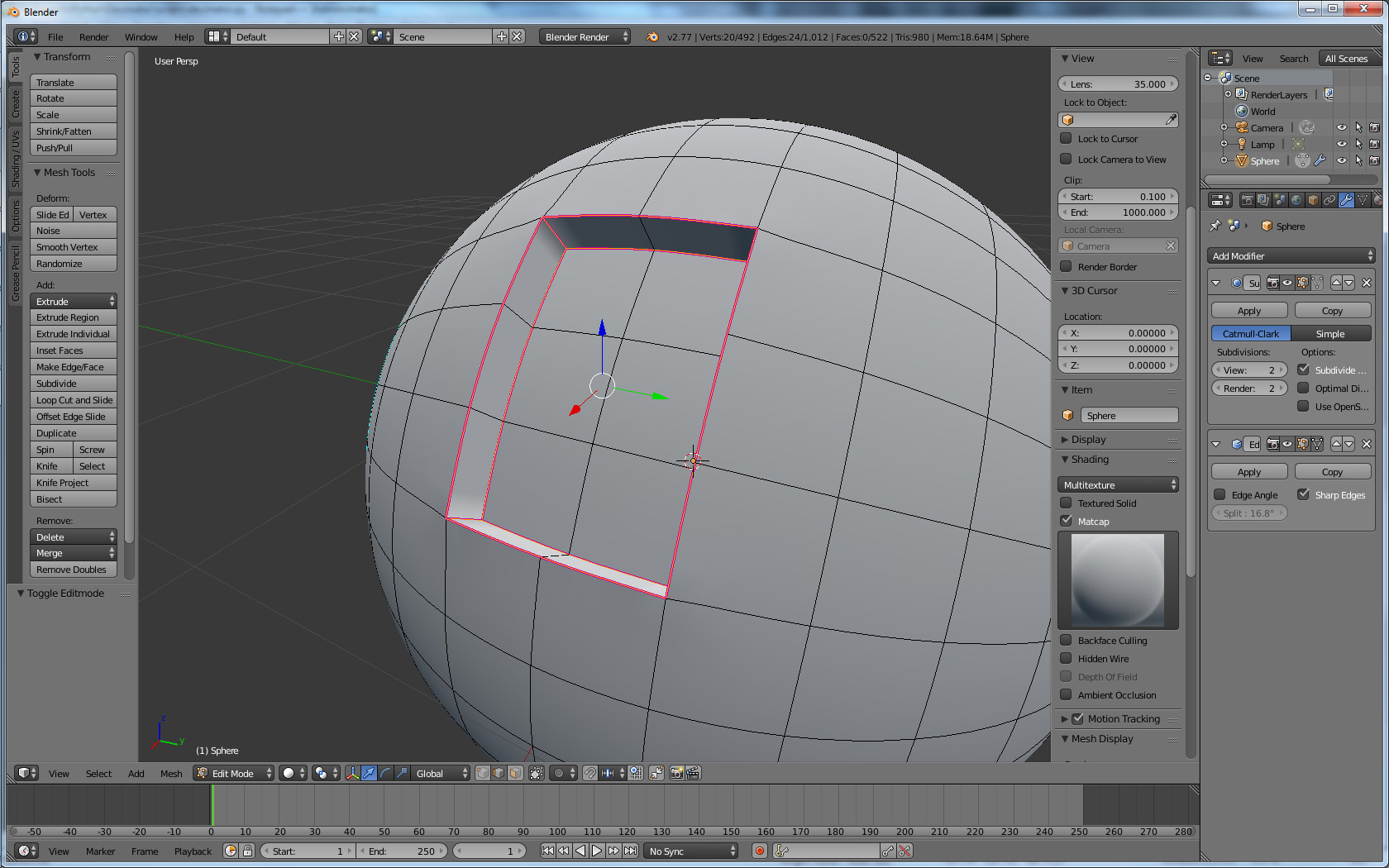 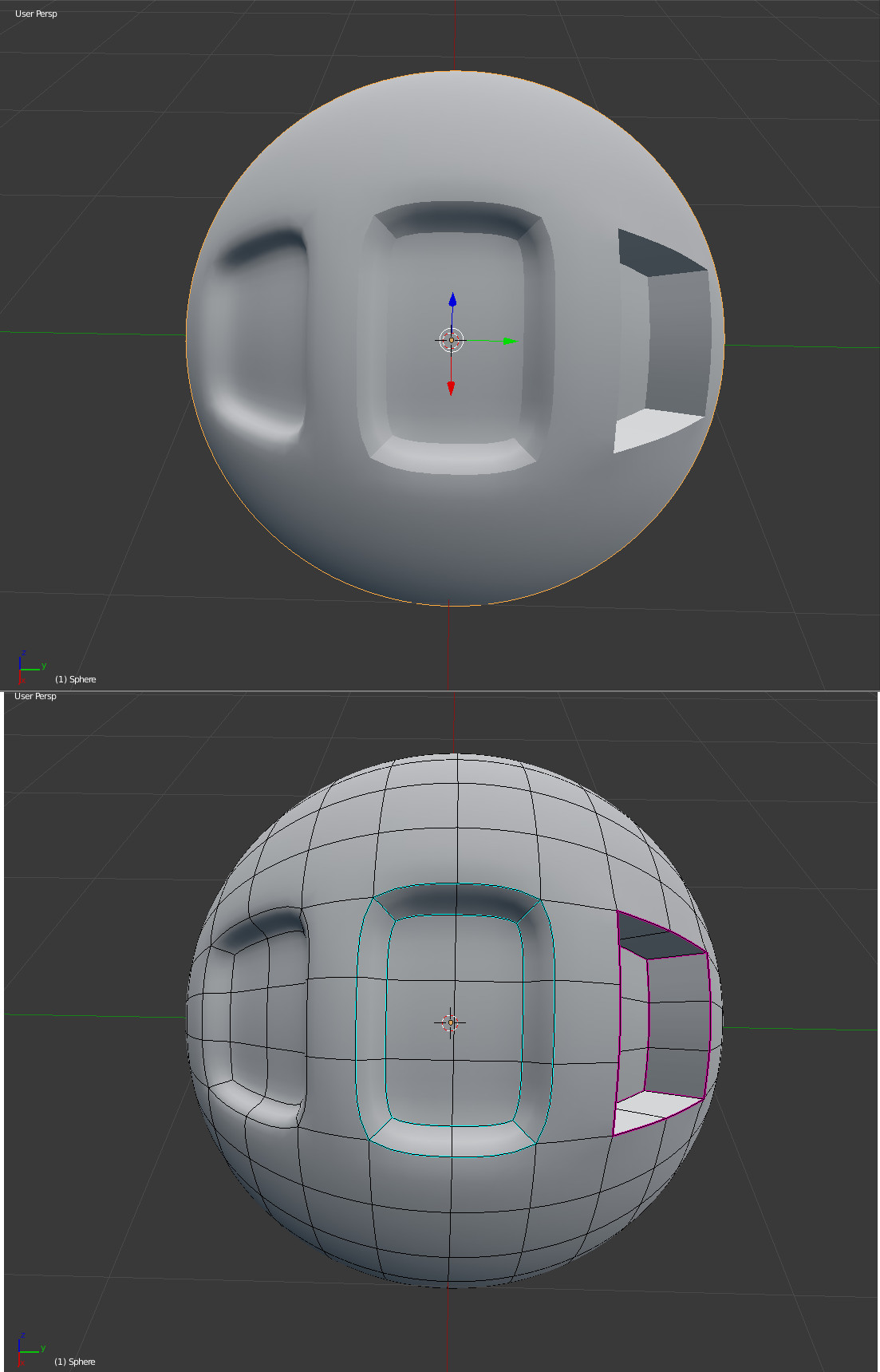 4
Sharp edges while maintaining circular shape
2
How can I keep hard edges with this shape?
2
How to get rid of subsurf overhangs?
2
What does 'Mark Sharp' *actually* do?
1
How do I convert a Mesh's autosmooth result into an edge selection?
2
Why avoid creases?
2
Weird sharp vertices with subdivision modifier
0
Smooth part of mesh geometry / subsurf only faces on one side
0
How to fix radius on particular spot using subdivision modifier