follow a straight line on an already made mesh

thanks for the help :D 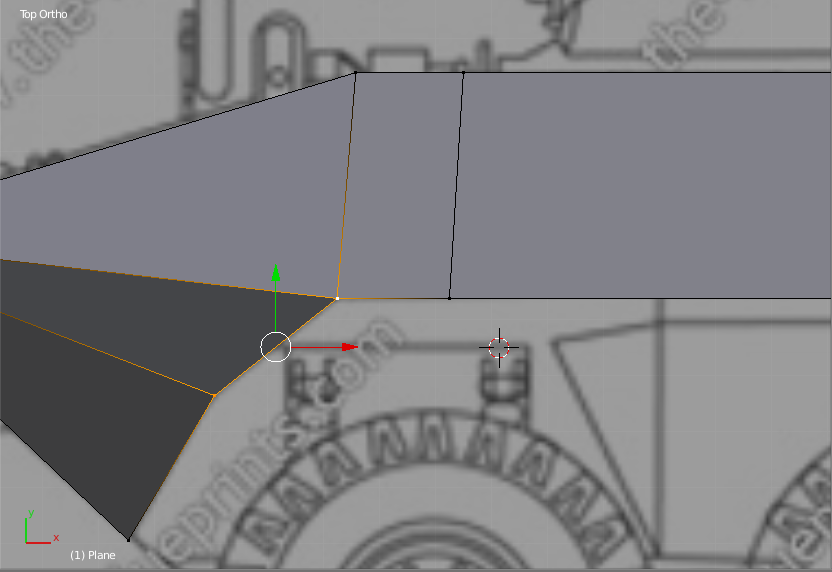 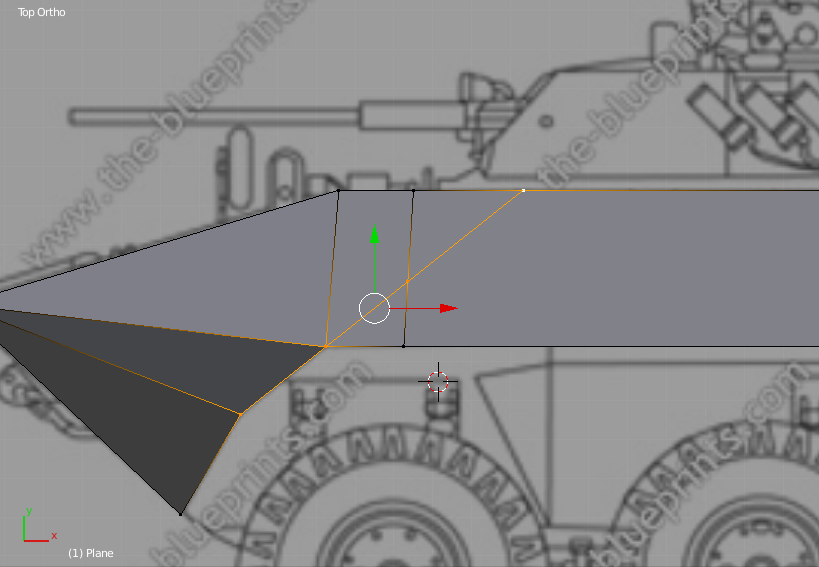 You can use the Knife tool:

To make it perfectly lined up: 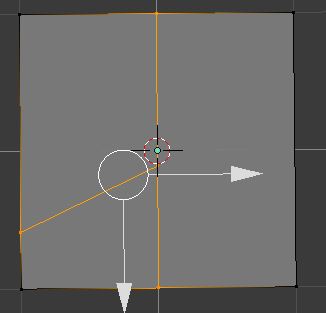 Set your starting point and hover until the vertex (of the line you want to extend) turns red: 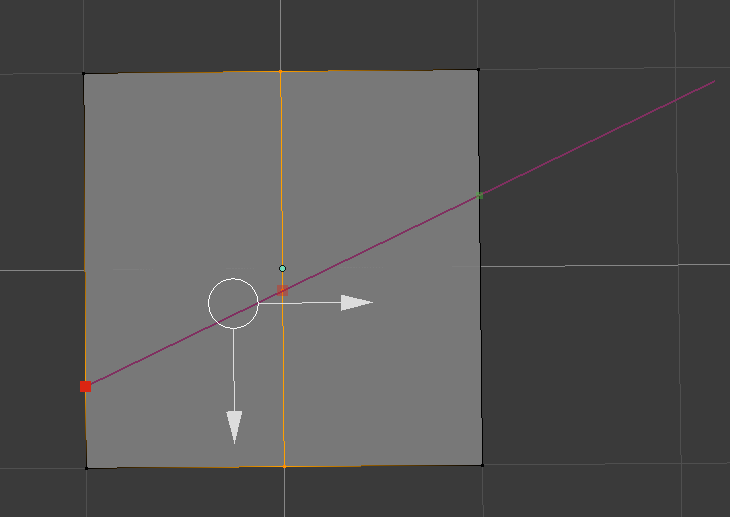 I hope this works!

I replicated a setup similar to yours, and found a way that could work at least in some cases: it is not that difficult, but unfortunately it is a bit difficult to explain so it will need several images, forgive me, this will be a long sequence...

Here is my start setup in wireframe mode (it is not identical but it will give the idea). I activated "draw all edges" to better visualize what's happening. 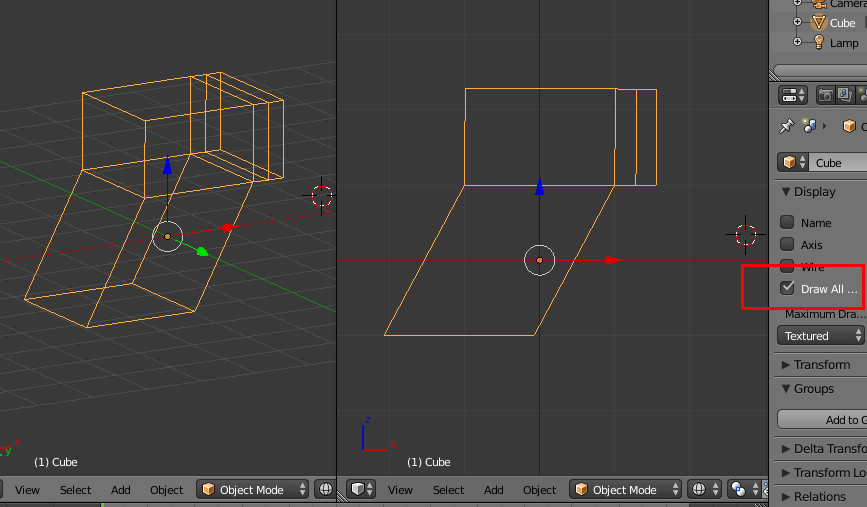 then I selected the face that already follows the wanted direction and that should ideally be extended to "cut" the other geometry. 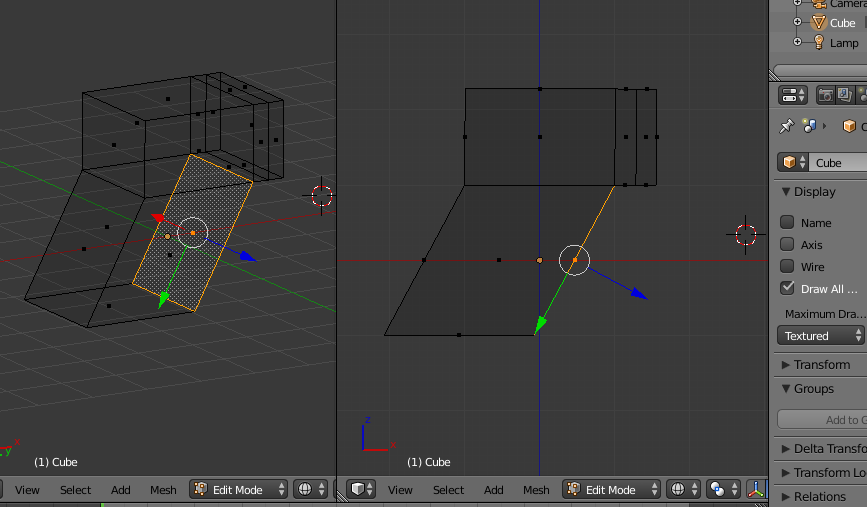 then I duplicated the face and separated it 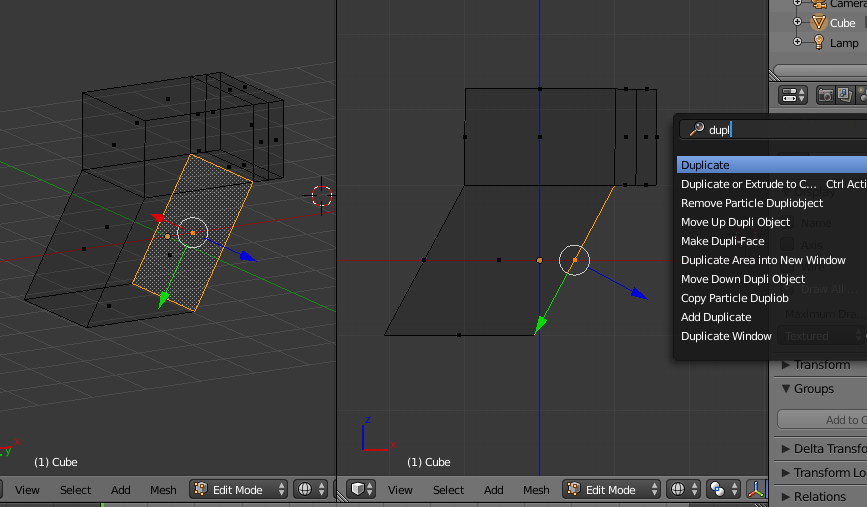 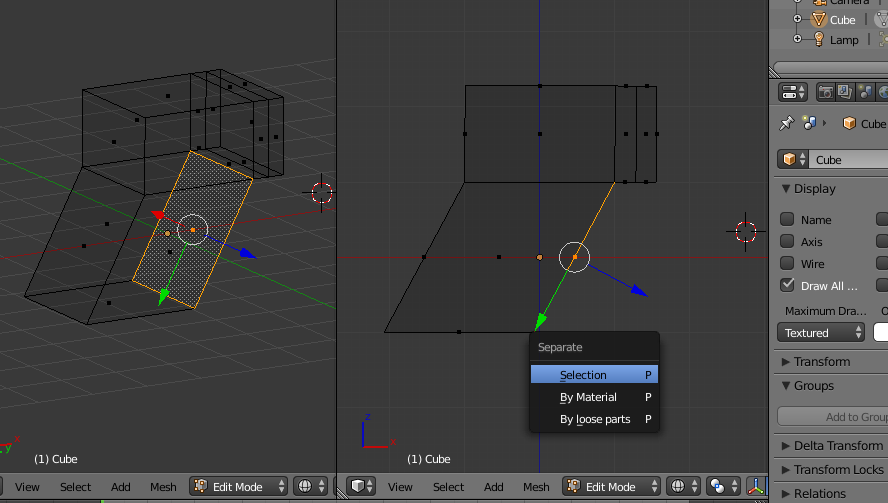 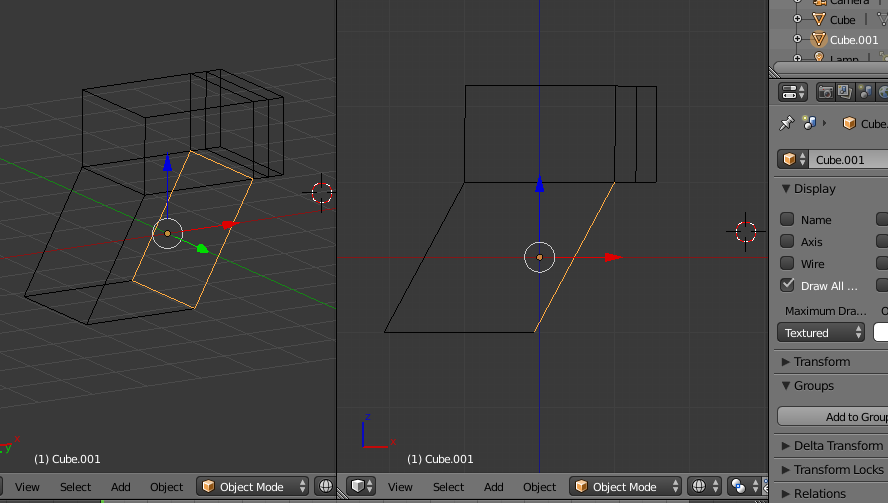 so I scaled it in edit mode on Y local only, until it extends beyond the desired upper final point 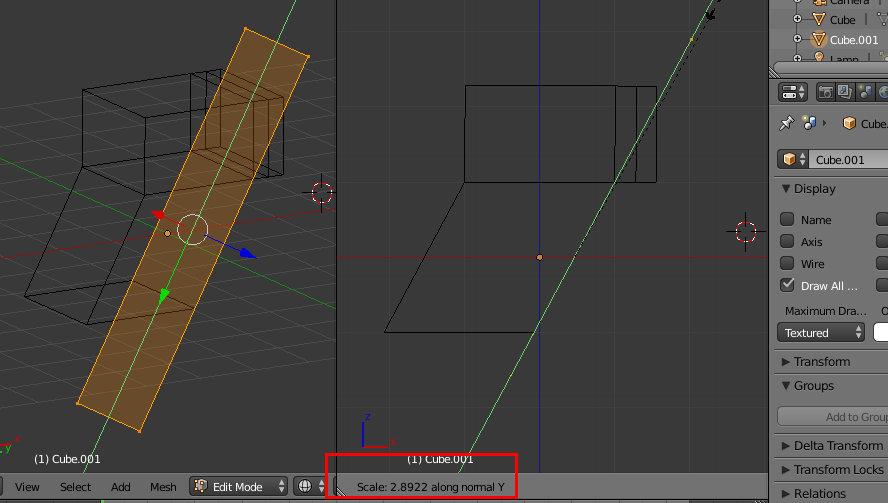 now I activated vertex snap, and in vertex selection mode, I moved the bottom vertices to the right spot, snapping onto it 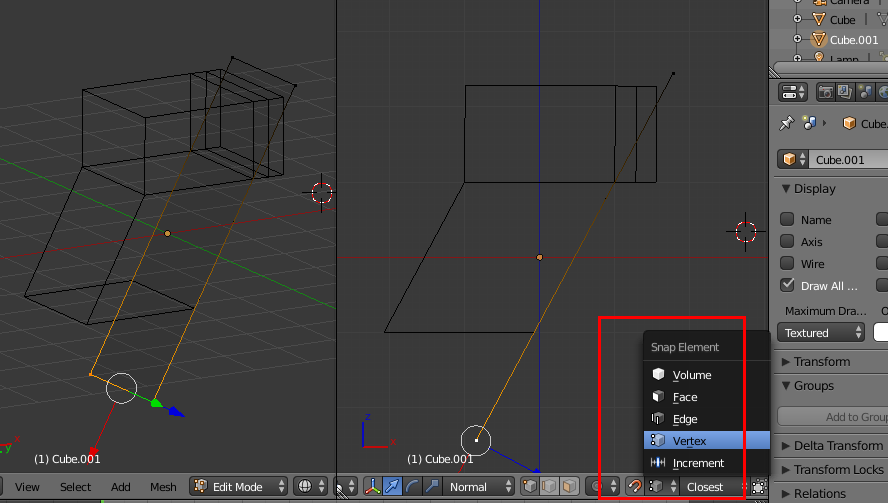 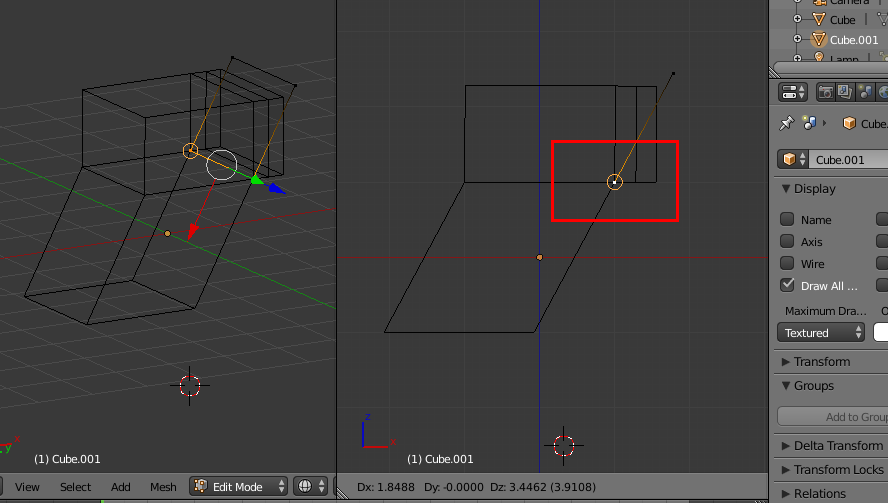 getting this setup where the plane is in the "cut" position 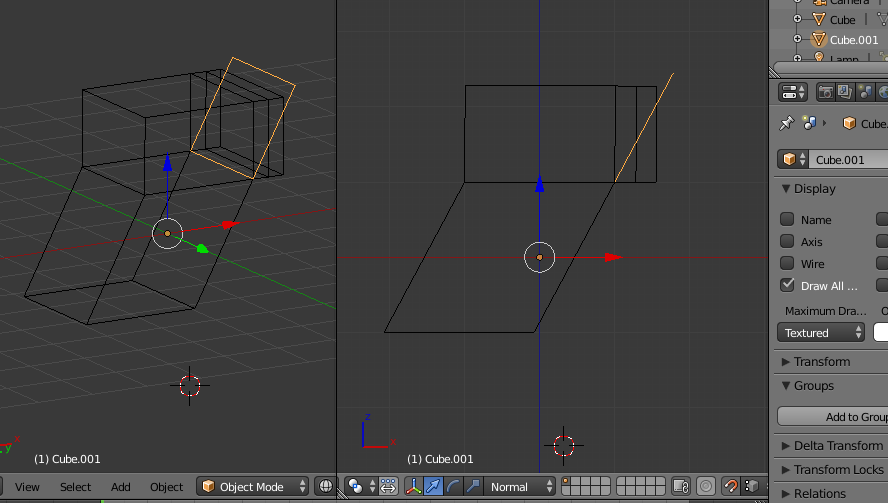 the cut will be better if the plane exceeds the 3d shape, so scale it along y normal only, just a bit. 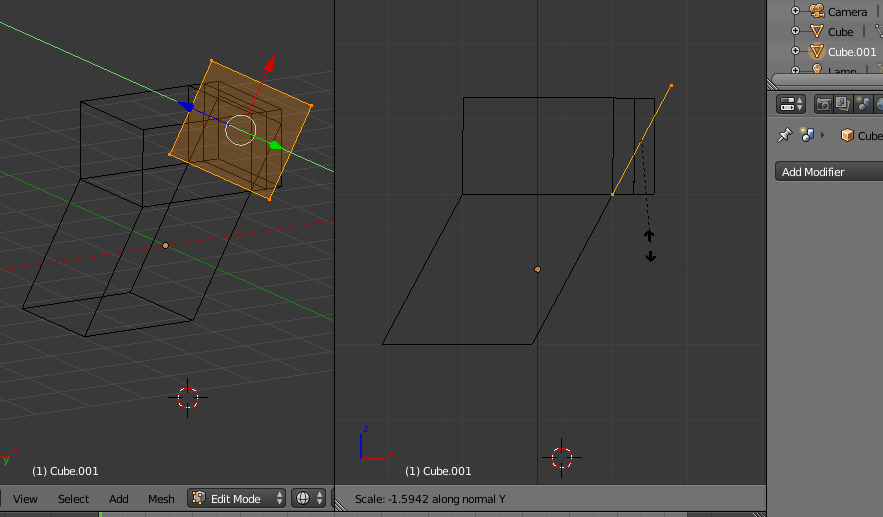 note: the following images used another plane for which I missed the preceding poinjt, but the final result will work well if you do that. 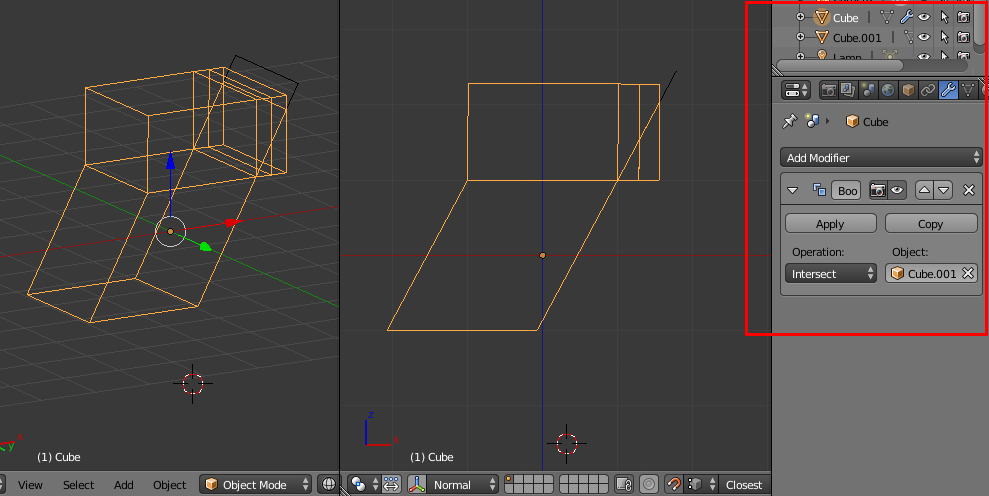 then applied the modifier 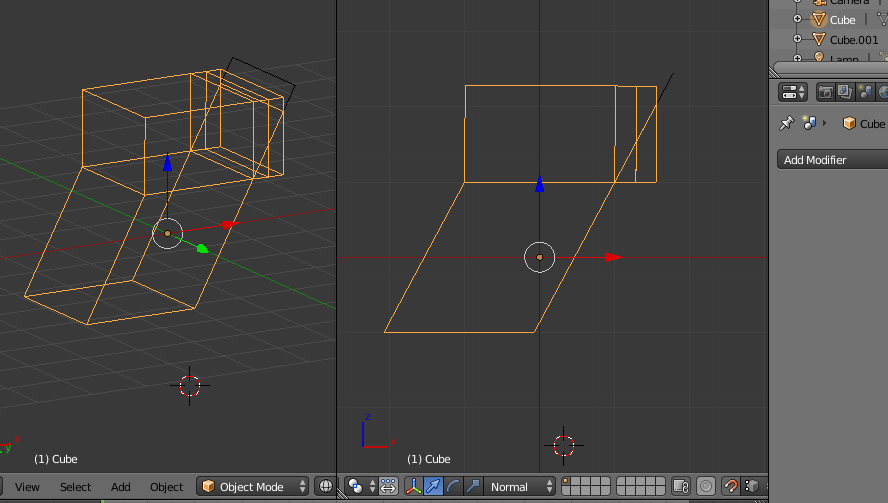 and after hiding the "cutting" plane, you see that the original object has been cut as expected, but there's an inner face caused by the boolean, you need to get rid of it. 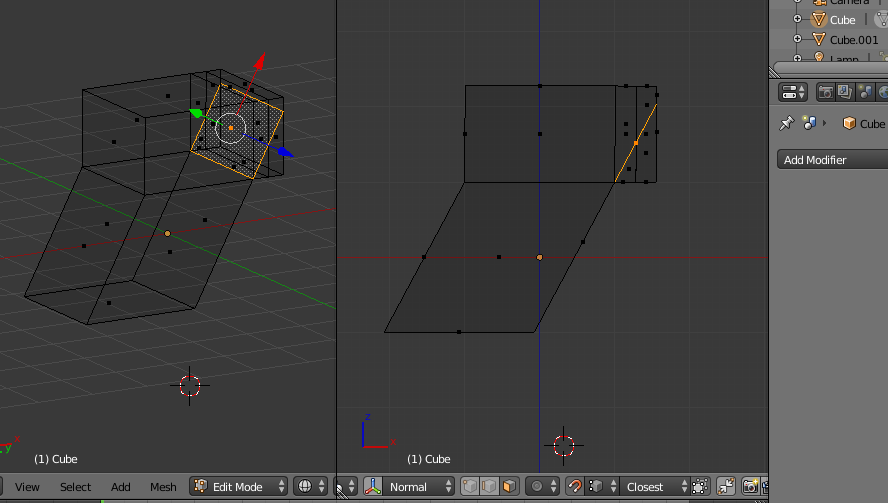 which you can do deleting "only faces" 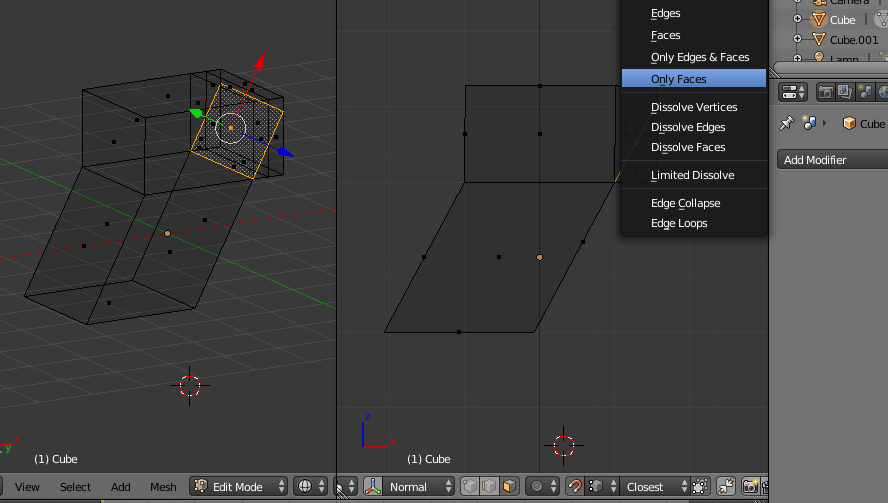 then better select all and do a "remove doubles", and in the end you should get this, and should be what you expected, more or less... 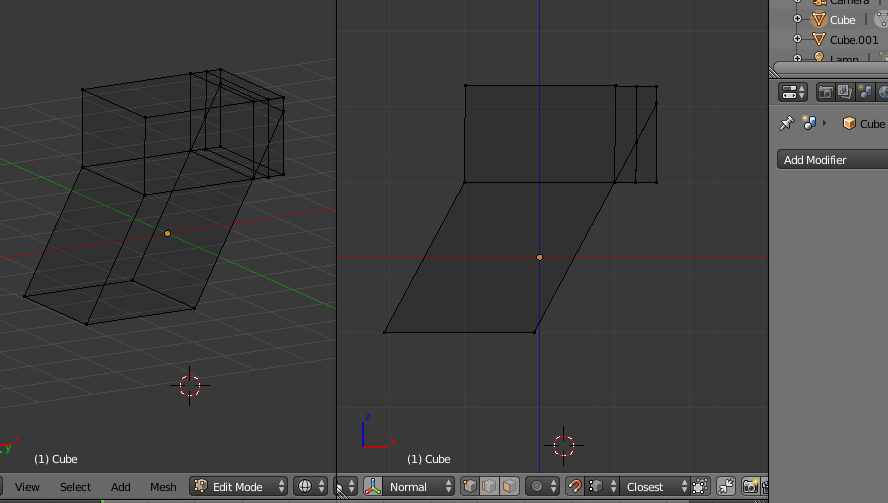 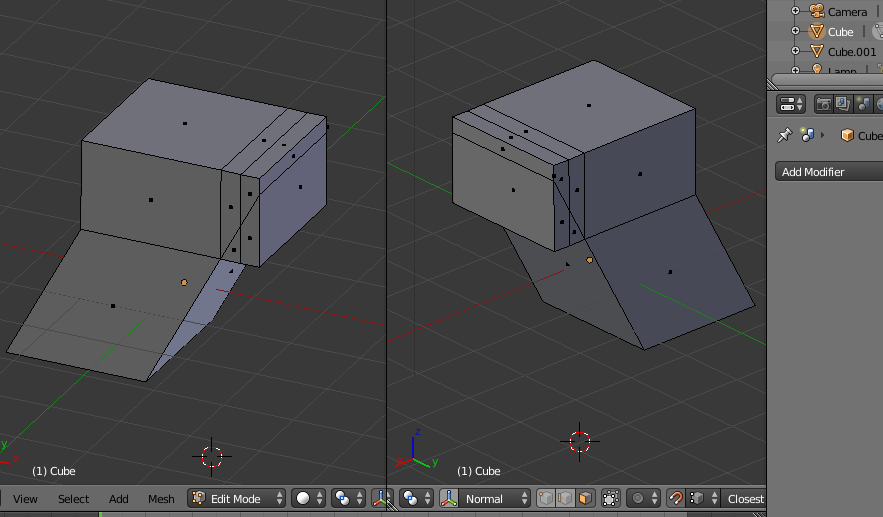