Cycles. How to prevent shadows when using backface culling

How do I prevent shadows to emit form a specific material in cycles render while that material is using backface culling render nodes? 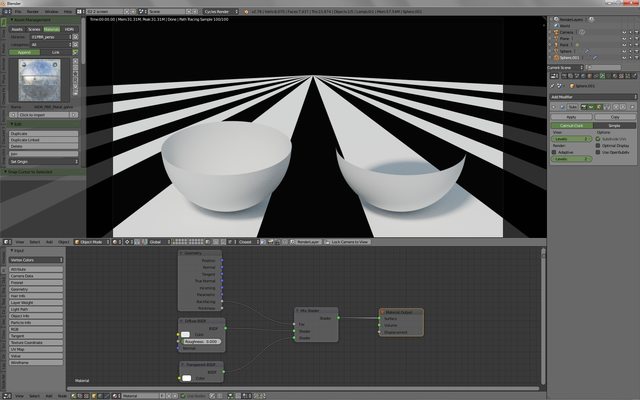 To remove the entire shadow as well as the backface culling you could simply combine the Backfacing socket of the Geometry node and the Is Shadow Ray socket of the Light Path node and use that as the input of your Mix Shader as follows : 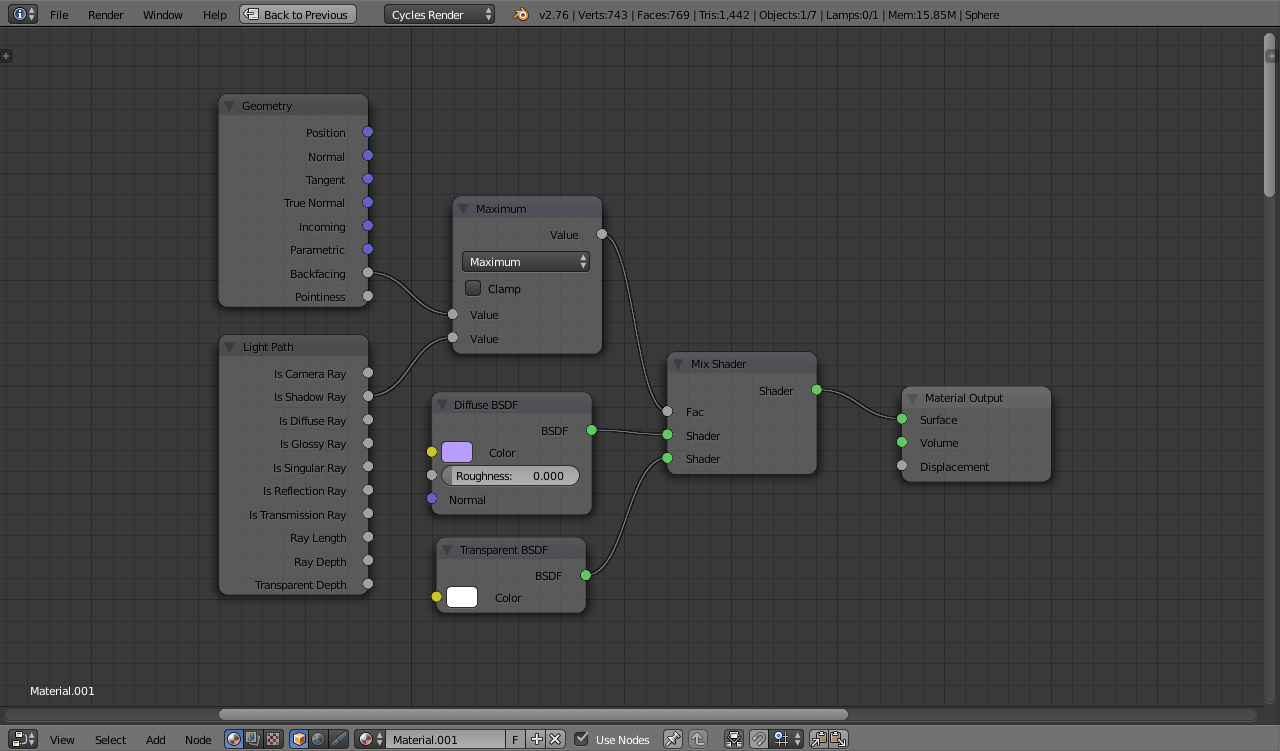 However, removal of the shadows of just those culled 'backfaces' is compilcated by the fact that the 'Backfacing' socket is dependent on the actual ray being considered. This means that using the Backfacing output to cull the backfaces for the Shadow rays will result in different faces being culled for the shadow than are culled for the camera view - this is presumably not the desired behavior. This would be less apparent when the light sources are close to or behind the camera and would become more significant as the light sources move away from the line of sight of the camera or viewport - and the shadow would not match the mesh.

To resolve this must use a fixed point of view for the backface culling for the Camera rays and the Shadow rays and, ideally, all rays. This will ensure that the view of the material will match its shadow. As the hidden faces are based on the camera view it will be possible to see the back of the faces via reflections.

To acheive this, use the following node setup :

The Combine XYZ node defines the Vector of the Point of View. For 'traditional' backface culling this would point directly between the object and the camera and this would then result in all 'true' backfaces being culled. The node tree is split into a number of frames for clarity. These are as follows :

Shader - Transparent and Diffuse shaders mixed via the Mix shader based on the combined output of the other frames.

Frontfacing - Uses the Dot Product to determine the direction of the surface Normal in relation to the Point of View vector. A positive result will indicate that the Vector is in the same direction as the Normal - ie, it has been struck on its 'Front' face. The Subtract and Multiply nodes are used to filter out the actual 'Backfacing' rays since those need to be handled differently due to the 'Normal' of the face will having been negated.

Backfacing - Similar to Frontfacing but to deal with Normals that have been negated due to the incoming ray being incident on the 'backface'.

The results of the Frontfacing and Backfacing frames are combined via an Add node and then passed into the Mix factor.

Here is an example of the back face culling with shadow emitted only from the 'visible' non-culled parts of the mesh :

And a demonstration of moving the culling viewpoint (shown as a glowing disc) :

You don't have to use material to make object to not emit shadow. You just need to uncheck Shadow in Object Cycles settings. 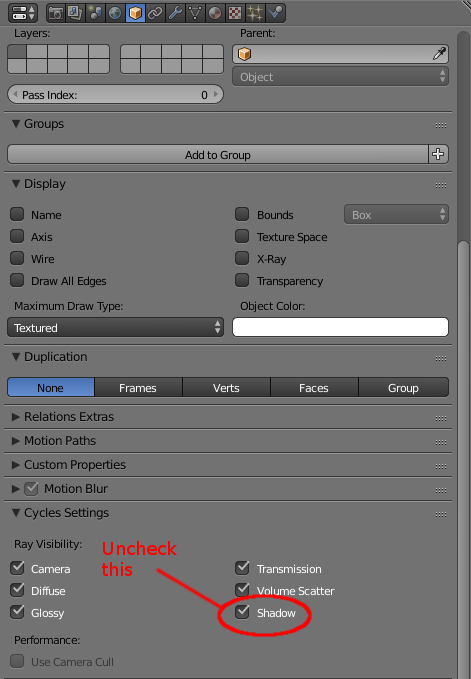 If you necessarily want to make it by use of materials, this is a node setup, which does exactly the same:

And this is a material nodes setup, that allows to see only shadow emitted by visible faces (and bottom) of an object with back face culling

This is expected outcome of the last node setup: 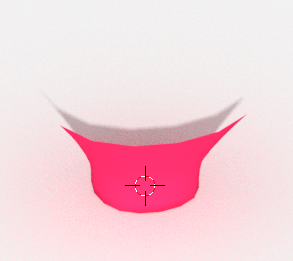 31
How can I make a material only apply to a side of a plane?
19
How can I cast artificially darker shadows?
0
Getting an outline with backface culling blender render
1
render only the shadows in Cycles
0
When I rendered my model with Cycles, it seemed to flatten out
1
How would you render backface culling with Eevee engine?
3
Objects Disappear when using Cycle Engine
0
How can I render a model with both alpha textures and backface culling?