I'm trying to add a glowing sun effect to my scene for an animation in "Blender Render". I put the sun in its own render layer, and the scene in its own. In the compositor I had the sun render layer go through its nodes, and then combine with the regular scene at a mix node. When I plug it in to the output, I get either the sun with its effects, or the normal scene blurred when I change the active scene. 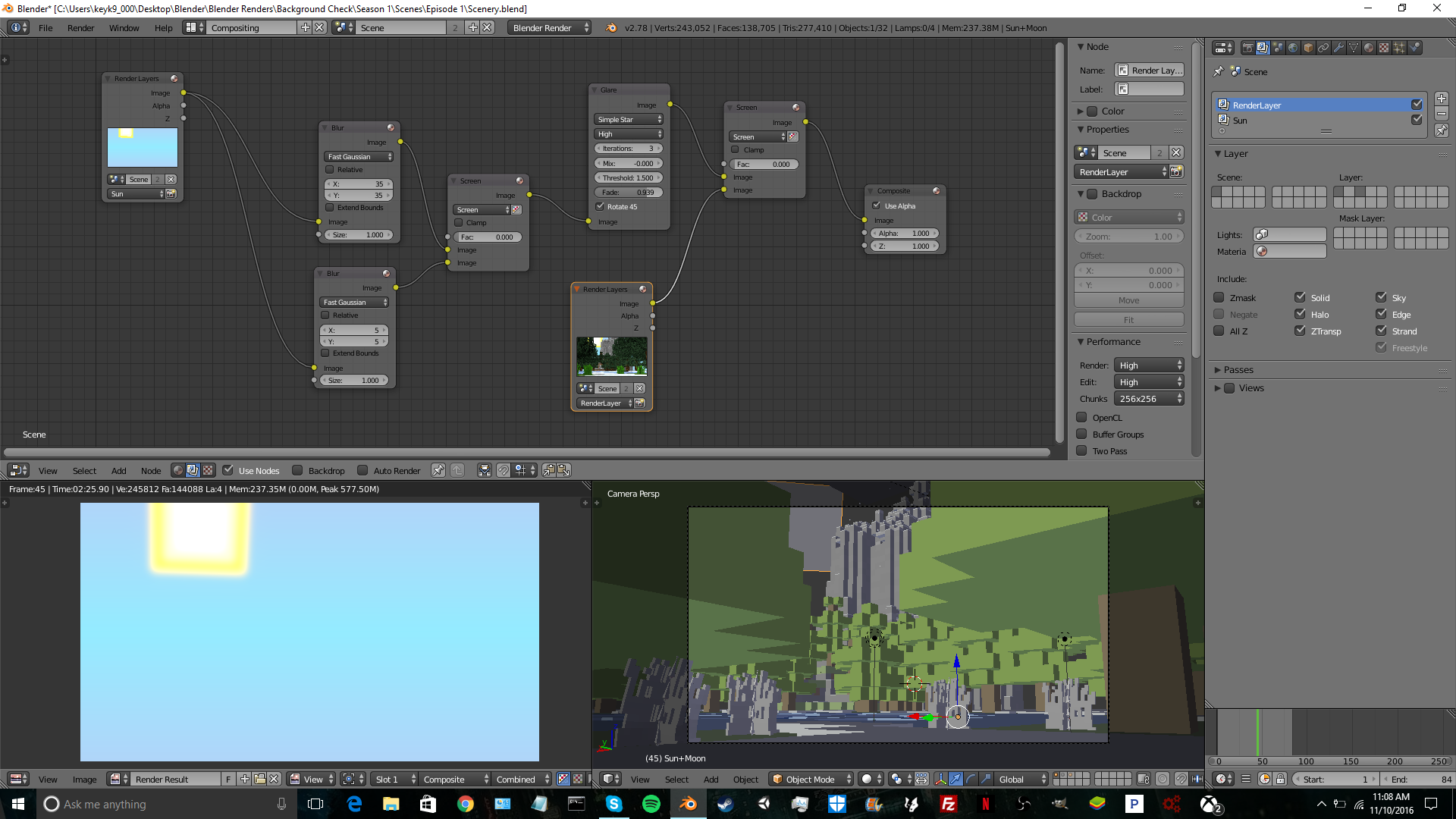 Nodes inputs have this behaviour: the upper input is considered as the "background", the lower is overimposed as much as the fac slider goes toward 1.0, with the choosen blending mode (in your case: screen).

Iin the second mix (screen) node you should switch the two inputs.

In Blender generally we use a different way to manage the layers than Photoshop or others image editors: you could render the "background" scene with transparent sky, set the sun scene as background (upper input of a mix RGB node, set to "mix"), normal scene on the lower input, use the alpha value of the normal scene as FACtor, so that the only part of sun scene is visible only on the transparent portions of the normal scene.

The image in the fac input (alpha of the normal scene) means: black = show upper input only, white = show lower input completely mixed with upper according to the choosen blending mode, greyscale inbetween.

To inspect the images of the various outputs of the nodes: Ctrl click them more than one time: they will show their various values in a circular mode.

If you understand this general behaviour you will be able then to let the sunlight "bleed" on the normal scene.

Not the answer you're looking for? Browse other questions tagged blender-internal-render-engine nodes compositor render-layers or ask your own question.