Rotate bmesh around Vector with Python

I try to rotate a bmesh around a vector as axis.

But unfortunately it rotates in a strange way. How could I fix this?

Note: because our rotation matrix is using an axis and both v1 and v2 are on the axis, either (or any point on) can be used for cent property of operator . The centre point would be calculated via v1.co + axis / 2 or (v1.co + v2.co) / 2

I am trying to do something similar but running into problems, so this is not an answer but a question about a slightly more advanced usage of this script.

I am also trying to rotate bmesh around Vector, but I only want to rotate the selected faces, not the whole mesh, around the Active Edge. Also, before that, I want to do an extrusion with 0 distance, so that the rotation kind of has a new segment. My problem is that I get this extra geometry. I read that I am supposed to delete the geometry that bmesh.ops.extrude_face_region() uses to make new geometry. I have tried that as well but blender crashes every time when I use bmesh.ops.delete(). So I have that part commented out in my script. Could anyone help me avoid the weird extra geometry when using this script. Again, this will work with copy-past into the Text Editor and Run Script, while having a mesh in Edit mode with one Active Edge. 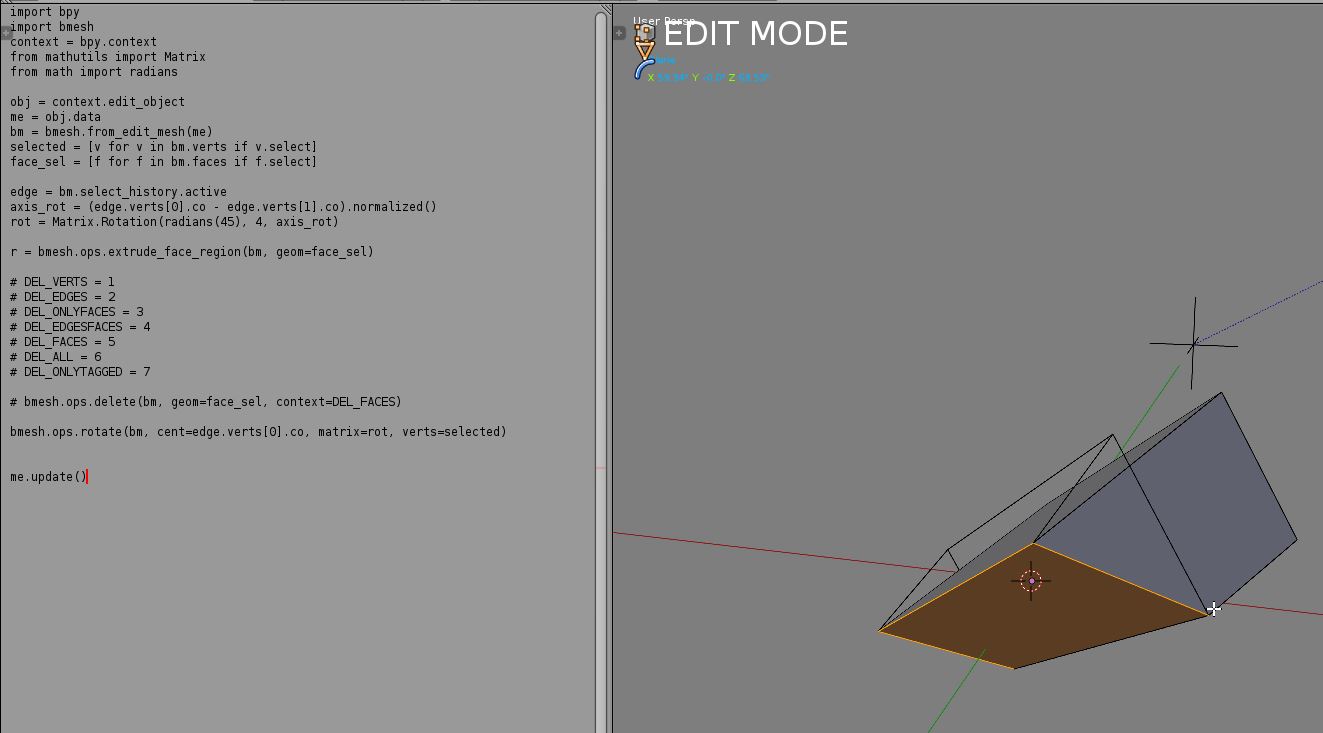 Not the answer you're looking for? Browse other questions tagged python bmesh mathematics or ask your own question.