I am trying to make an image similar to this one: https://i.imgur.com/EYI0mty.gif?noredirect

But with this model: (removed link so I could post link to blend file)

However, I would like it to have a transparent background. I have found this question on here:

And I implemented the second answer with the blue glowing cube, but this isn't the effect I'm going for. What I want is just the glow on the outside of the sign, but the above method generates a glow that also affects the black letters and outline, and gives it an "out of focus" or "squinting" look.

To achieve the red and white animation I am using a background plane and moving it from right next to the sign to far away, so the glow gets bigger. What I would like is to somehow keep this glow in the render but loose the plane and have a transparent background instead.

I would like to use blender for this because it's what I'm sort of familiar with, but since this a 2D image and not a model maybe it would be easier to render without the back plane and use GIMP or add the glow through post processing? I'm a total noob when it comes to nodes so any help or pointers would be appreciated. Thanks!

You should do this kind of things in the compositor node. Replace the background plane's material with a holdout node. 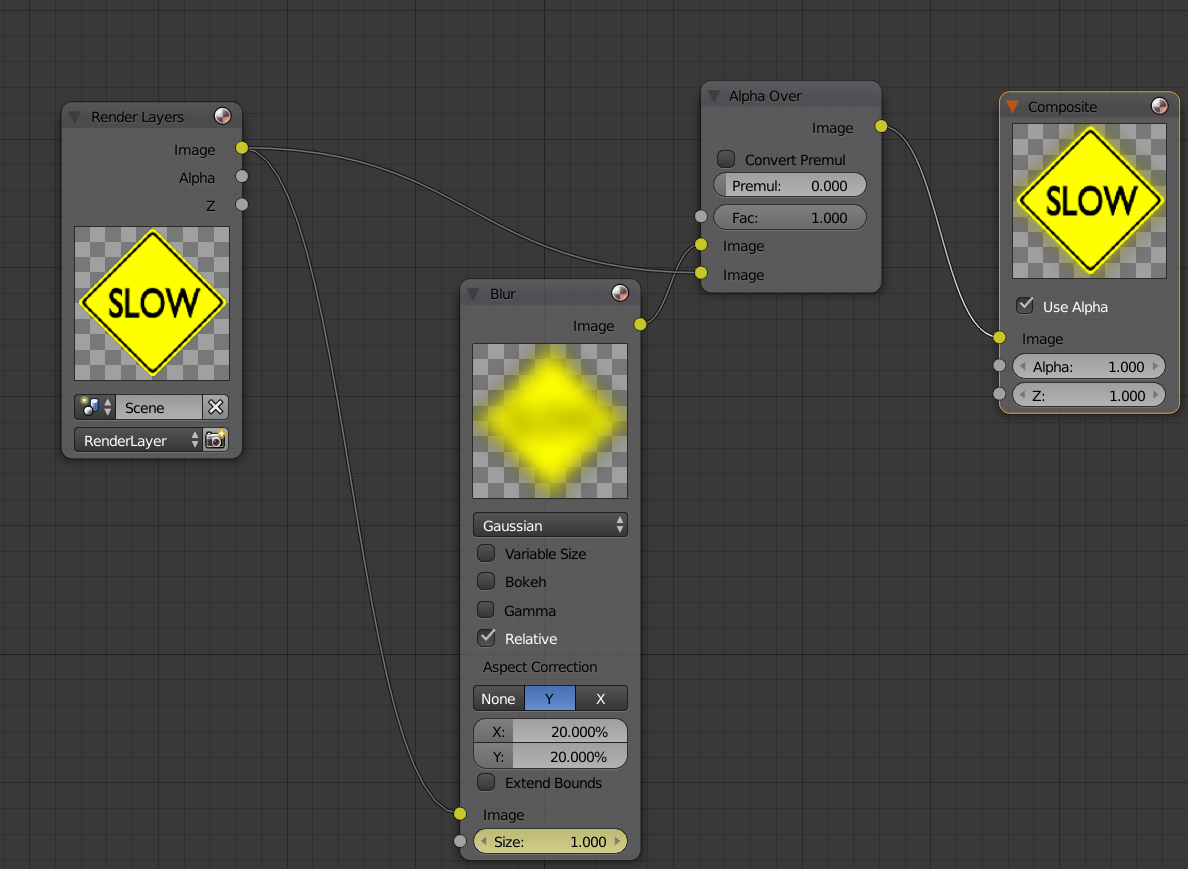 You can animate the size value to change the amount of glow in the rendering. Keep in mind that you will need to adjust the size of you image to not cut of the glow at the edges. Also try out different blur algorithms, the Gaussian doesn't work that well in this use case (personally, I liked Quadratic)

If you want to hat the blur another color, put in the Alpha pass instead of the Image pass into the Blur node. Using a color node in between, you can have the glare every color: 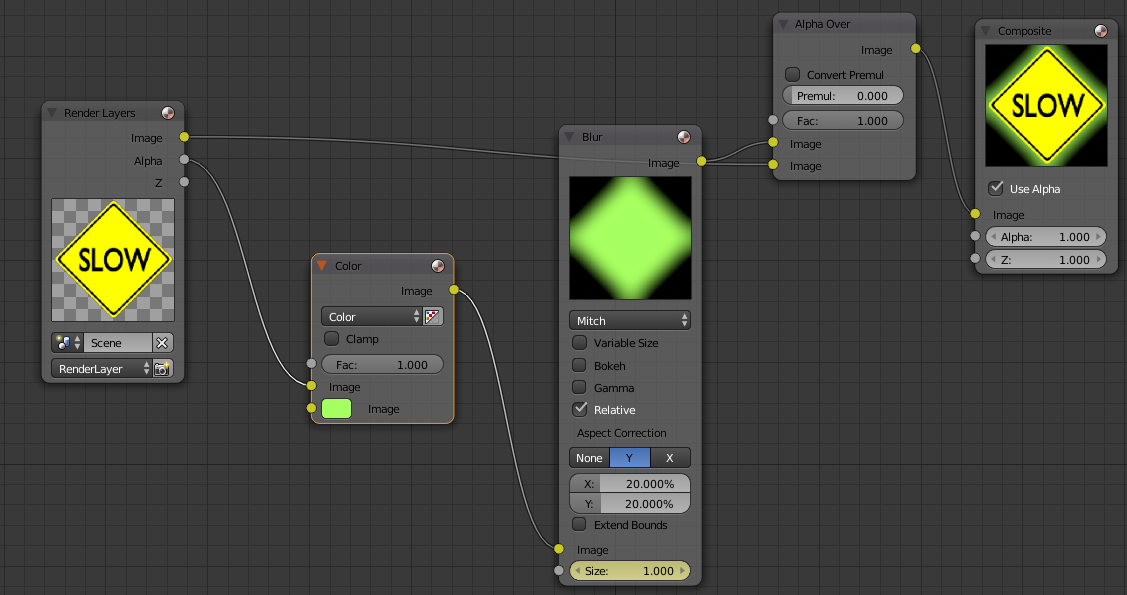 Sorry, I forgot the transparent background:

The input for the alpha needs to be a white blurred image, so iIf you are using a colored glare, put the color node behind the blue or duplicate the blur node and keep both synchronized. The max node is needed to make sure that the sign will always be fully opaque since the blurring is done into both directions: outside and inside of the image.

If you want to restrict the effect to specific areas, create a black/white mask and color multiply if with the output of the blur node. In your case, the inside/outside is defined by the alpha pass of the rendering.

Now, the center of your image will be without glow effect. To have actual transparency in the image, you probably will need to add another mask to the alpha output but that shouldn't be a problem anymore.

Not the answer you're looking for? Browse other questions tagged cycles-render-engine rendering transparency effects or ask your own question.