How to Create a Half-Turn Staircase?

I would like to create a half-turn staircase without a landing. Is there an easy way to accomplish this without having to manually calculate and create each step individually?

Here’s an image similar to what I would like to achive: 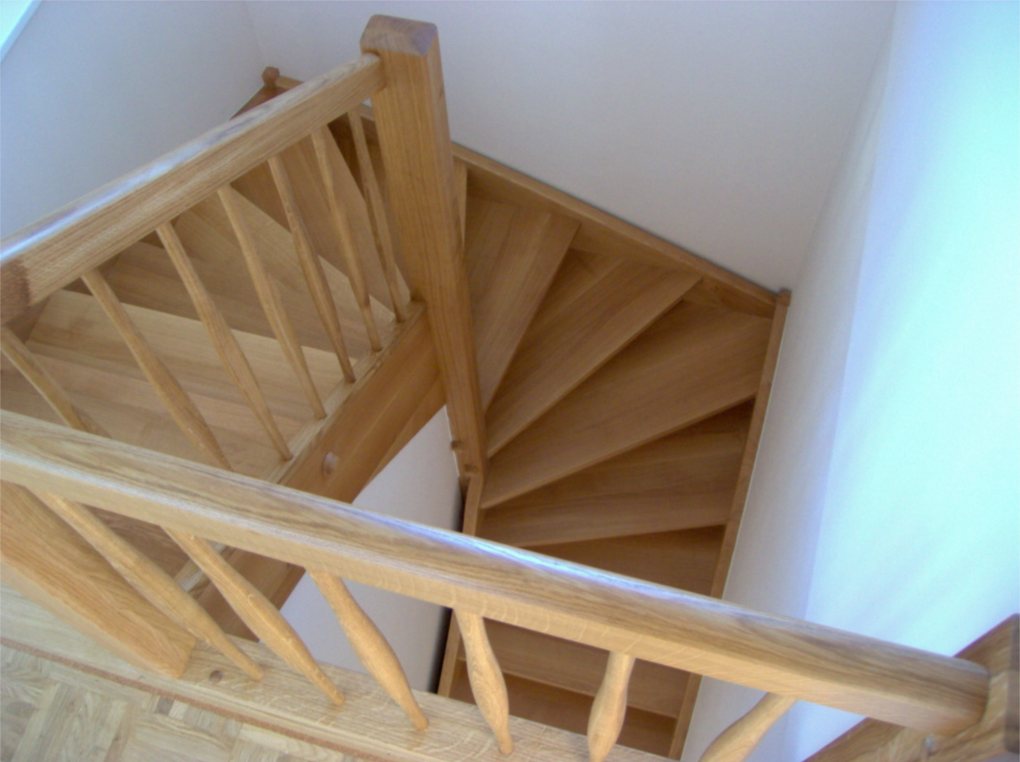 I have found the Archimesh add-on including this tutorial for creating curved stairs. While I can bend the created stairs, I haven’t found any way to get anywhere close to the image above. My stairs just always look out of shape and I don’t know how to get the outline of the staircase into a square.

I should mention that I only have very little experience with Blender modeling, so it’s well possible that I’m just missing some curve modification basics. Perhaps Archimesh is also the wrong approach for this in the first place?

As mentioned in the comments this a complex enough that it might warrant modeling it by hand. If, however, you don't need an extremely clean topology you can easily do it with a combination of an Array + Boolean modifier. At least the radial part that is, the other one seems simple enough to do separately by hand.

Create your step as a mesh object, but make sure it is a closed, manifold solid object (you'll need it later for a Boolean modifier).

Add an array modifier to it, set the $Z$ offset to the desired height of the step and set it to Object Offset

Now add an Empty object to the scene; it needs to have the same $X$, $Y$, and $Z$ scale as the mesh object, or the stairs will [progressively scale either larger or smaller]Why is the array modifier scaling my object?)).

When you have the array set up, just add a new mesh object with the exact shape of the staircase boundary, a simple box will do. Making sure the steps are large enough to cover the whole volume.

Now add a Boolean modifier and you are all set. If you get any artifacts with the Boolean operation be sure to leave a small gap between each step.

0
How do I make a 180° spiral staircase? (specific measurements)
4
How to make spiral stairs
3
Why is the array modifier scaling my object?
1
How to let an array curve around tiled spiral, without rotation to the floor plane? Trying to create a tilted spiral staircase using array and curve
0
Snap to vertex projection while sliding an edge
1
Why can't I see the result of a boolean modifier until I apply it?

2
flat area to sphere or turn to half of sphere
11
How to make a half cylinder?
6
How to make half of a square circular
3
how to create half circle surrounding in rounded column/pillar?
1
How to create half circular-window hole on the wall without resulting ngon?
2
Split cube in half
4
How do I model this curvy spiral staircase?
0
How to make Holes in Walls, connect Joints and make it symmetric / equal sides?