yesterday I bought the addon called "re-face!" and I have completed the rigging tutorial contained inside the package using the character that I'm creating,a bird with an humanoid face. The script uses two armatures : Body_rig and Face_rig. The first one is for the body and the second is for the face. I have parented the Face_rig to CTRL_head bone,as the tutorial says. The eyes are parented to the DIF_head bone and all other TRK* bones to the CTRL_head bone. I can add more bones to the Face_rig armature,but I can't delete the default bones. If I do it,I get one error that says that the deleted bone is not present and the script does not generate the facial rig. Also,the script generates two armatures,on the first one there are the deform bones and the control bones,but on the second the deform bones disappear. Problem is that when I do the automatic weights,the beak is deformed bad. This deform bones configuration : 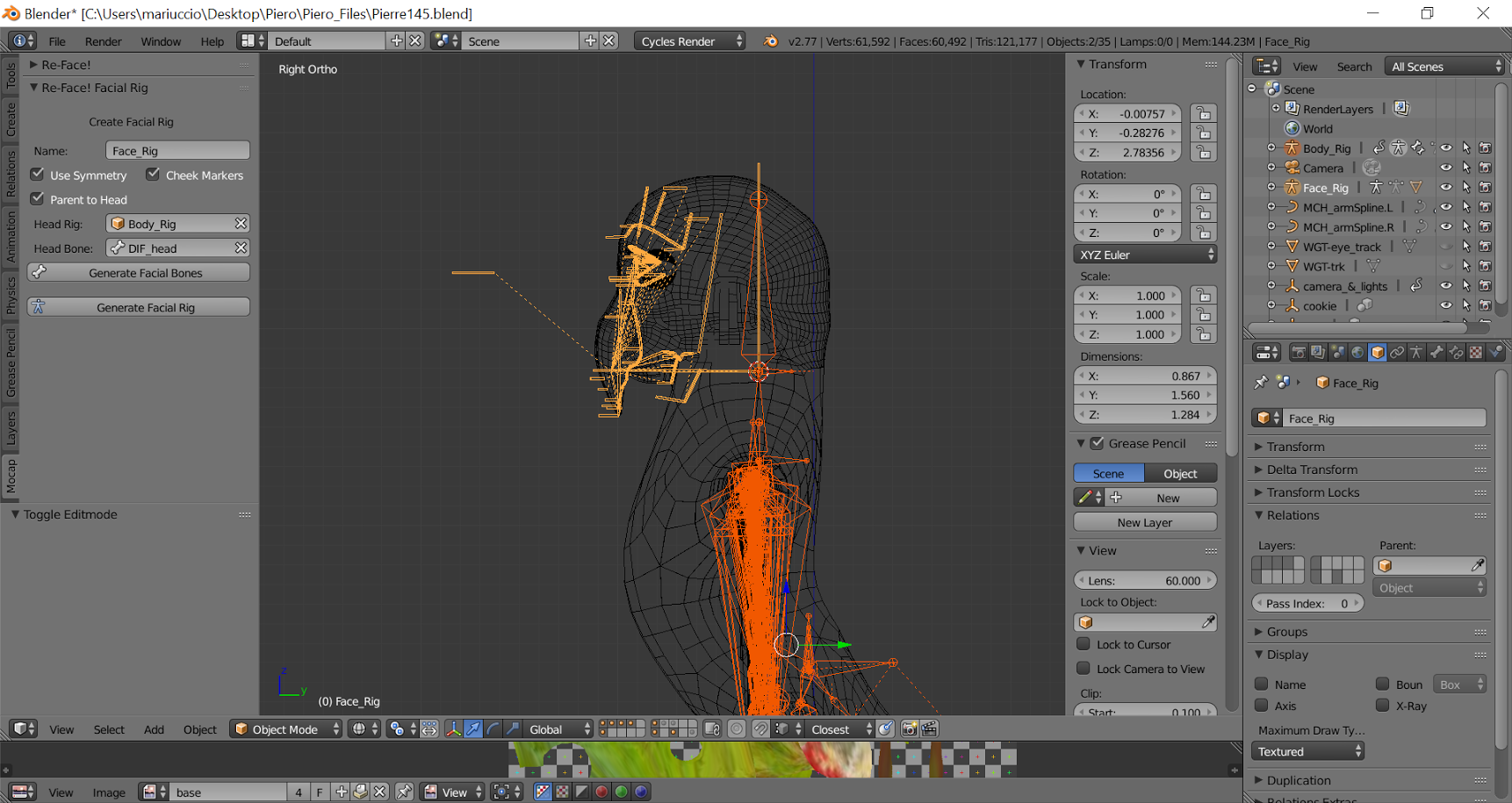 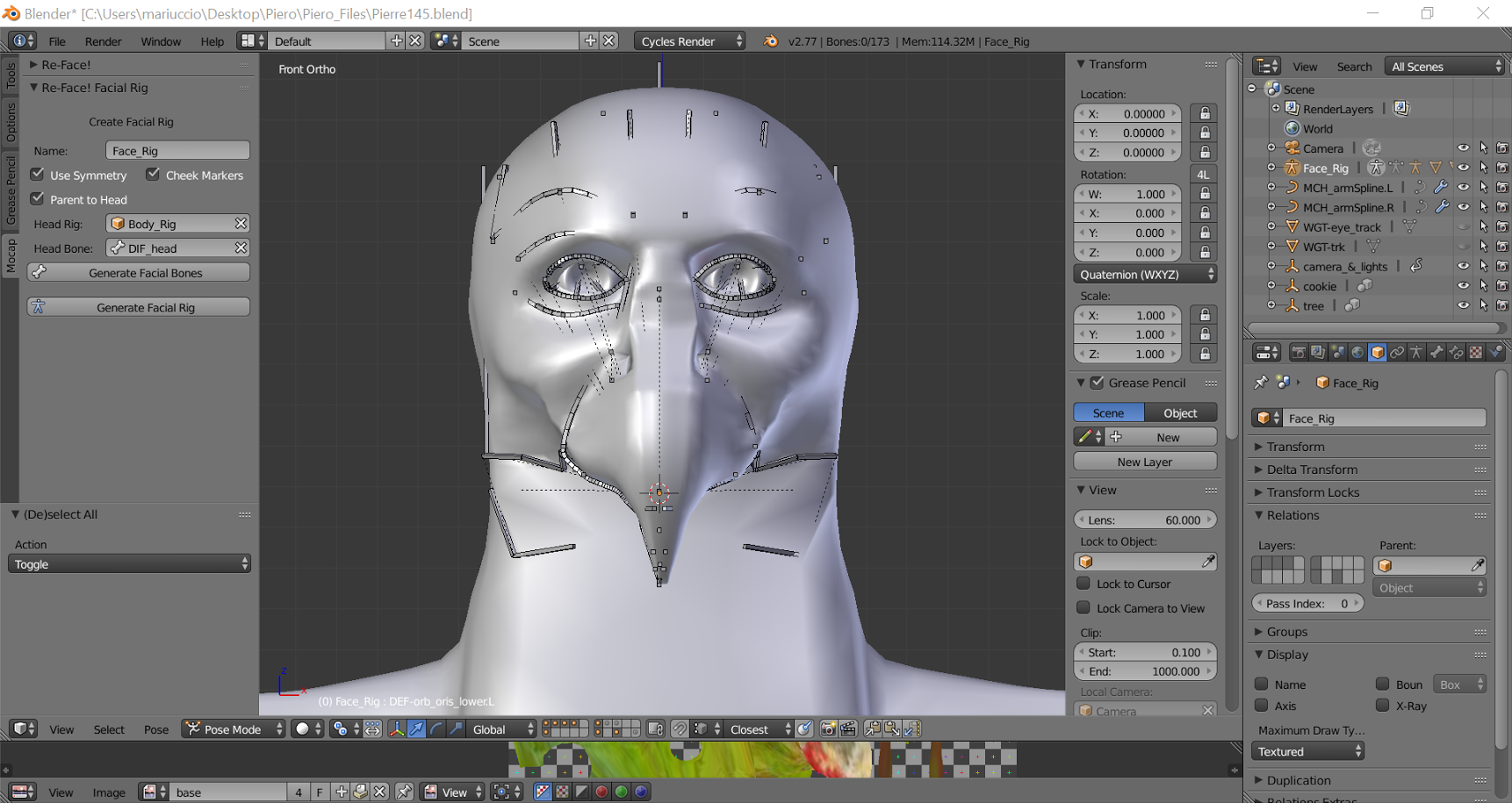 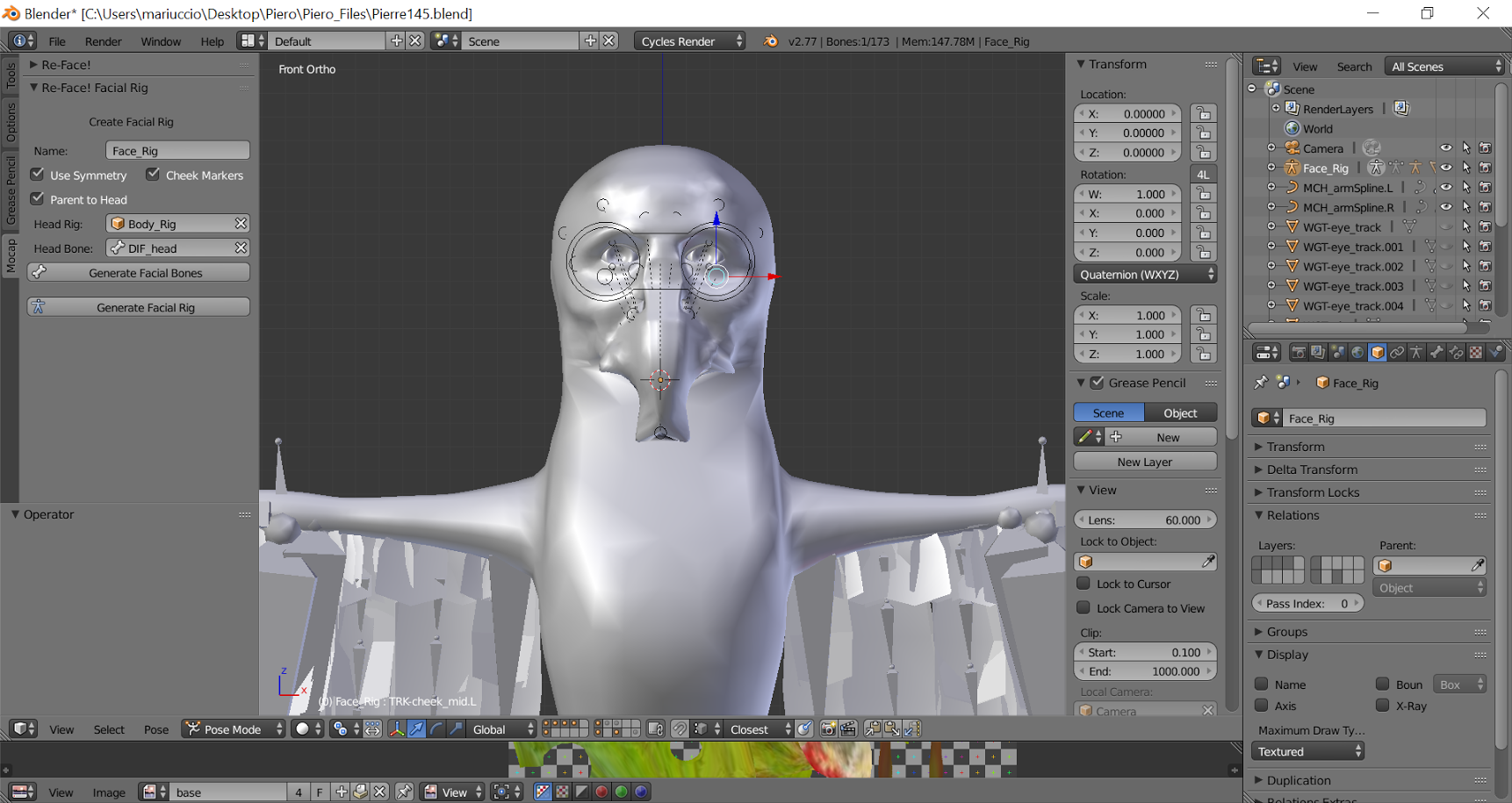 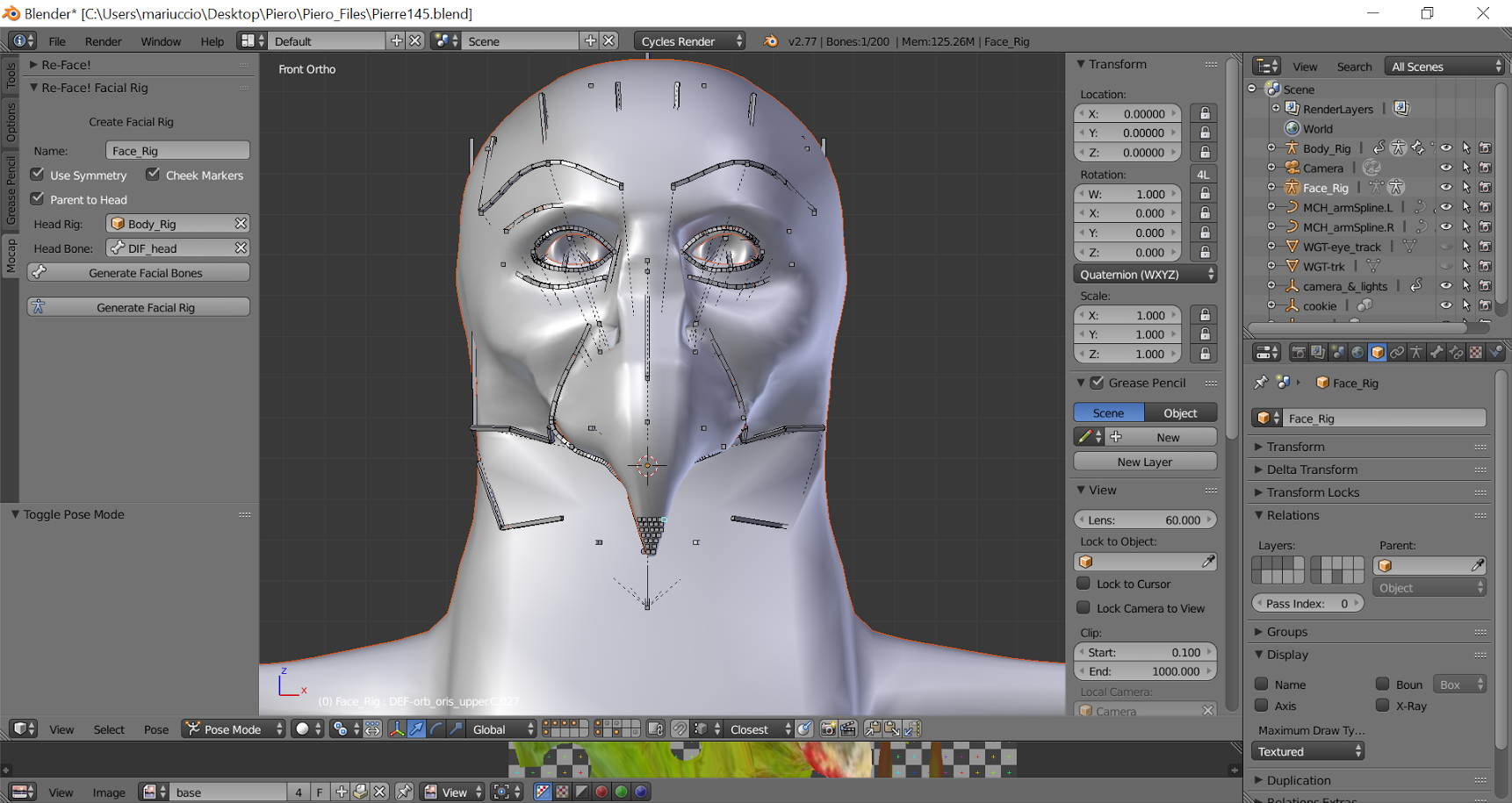 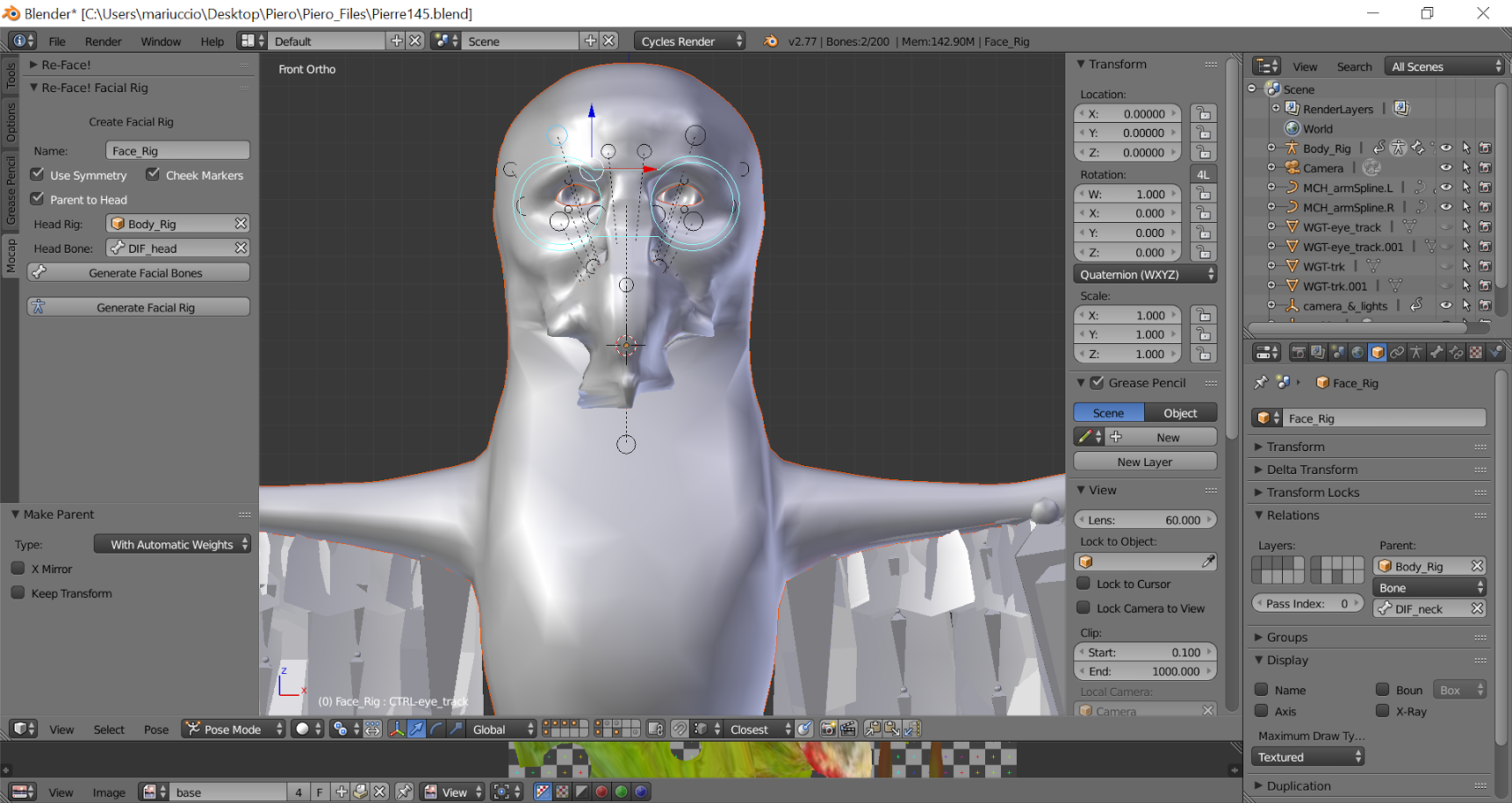 as you can see,in any case,the beak is deformed very bad. How can I fix it ? thanks.

Please check the answer found here. This will give you two options to fix this:

Not the answer you're looking for? Browse other questions tagged rigging armature bones weight-painting or ask your own question.

25
How can I automatically generate vertex groups for an armature?

1
mesh won't deform (in pose mode) once parented to bones
1
Replacing a part of animated mesh with bone weights
0
Automatic weight painting does not deform the mesh of my character?
0
Bone envelope changes without reparenting
0
Target Bone doesn't follow original bone with Copy Transform Constraint
0
How do the visual control bones work in rigify?