What is causing the bright edges on this mesh when using volume emission shaders?

I've followed an old Blender Guru tutorial on creating muzzle flash, using it in Cycles instead of Blender Render as he did. The mesh is shaped like a rounded double-ended cone, then has Subsurf and Displace modifiers applied to it to create the flared effect. The material uses a 50/50 mix of Emission and Volume Scatter shaders plugged into the Volume output.

When rendering the scene, bright lines appear on the edges of the displaced mesh, highlighting them. I've been learning 3D modelling/rendering for the past several months so am still relatively new and unsure as to what is causing this, it's as if the light rays are trapped in the sharp edges.

This issue doesn't pertain to this particular model or scene either, as I tried modelling it from scratch again in a different scene and had the same issue. Could anyone please advise me as to how I could stop the bright edges appearing? Ideally the orange colour should just fade out. 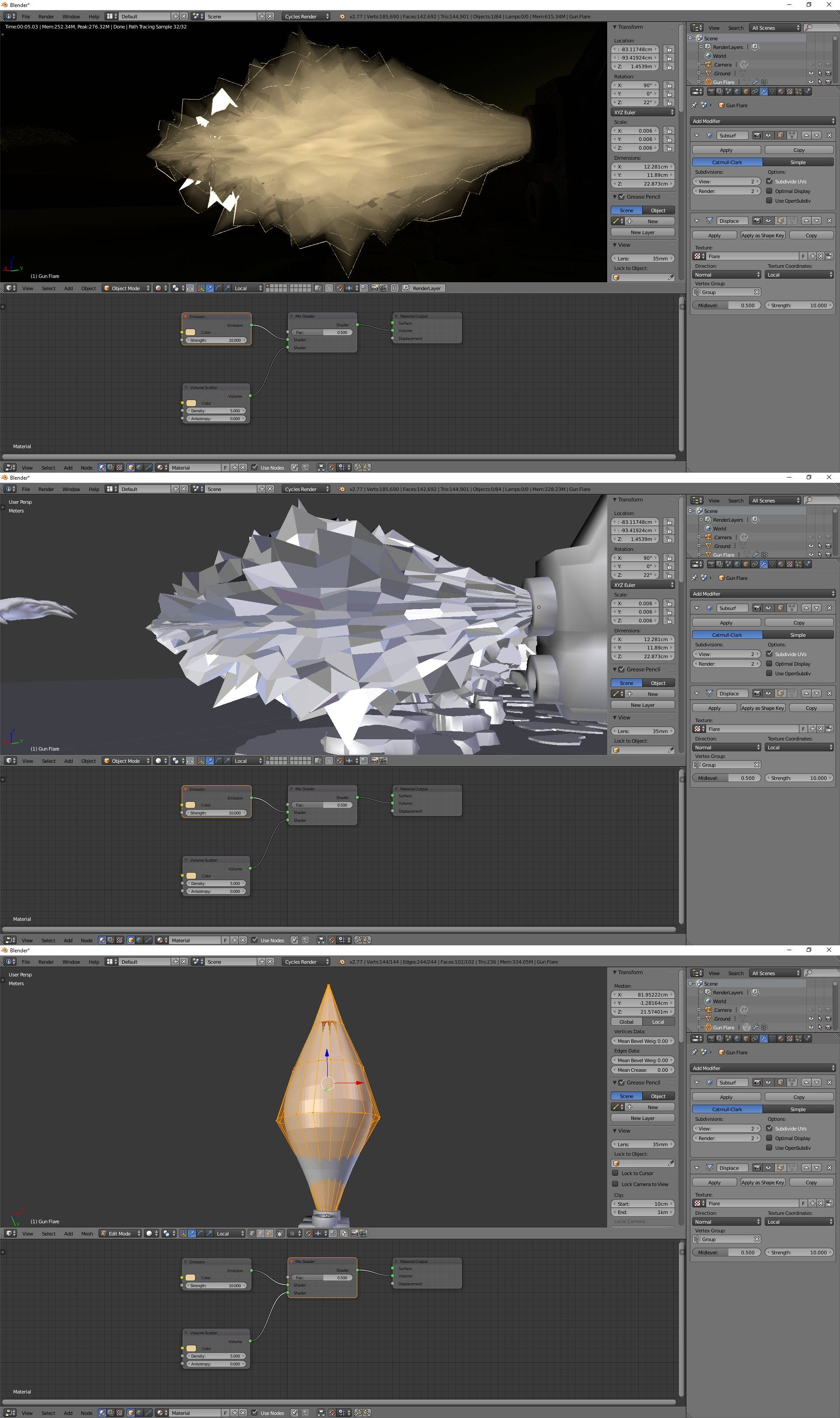 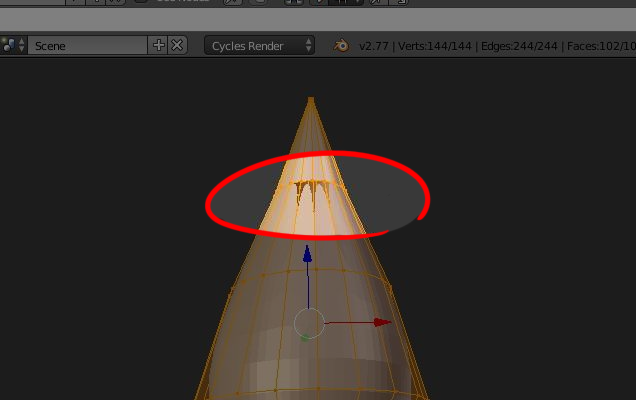 Your mesh apears to be non-manifold. Specifically, it looks like you have split faces, or 'holes'. Volumetric shaders require manifold geometry to work correctly. Remove doubles, ensure that the geometry is clean, and do another test render.

Edit: Apply Scale Ctrl A > S should also be done for this object. Note that your object has a scale of 0.006 which can have consequences and cause artifacts. Try to keep a scale of 1 on your object, unless there is a specific reason not to. See Campbell's explaination on why/how non 1:1:1 scaling and rotations can cause issues within Blender (This is true for other 3D apps as well).

95
What is non-manifold geometry?
54
Why is it important to apply transformation to an objects data?