I'm not sure if this is a valid question, but it's about launching Bender?

Every time I try to open blender, it just says this: 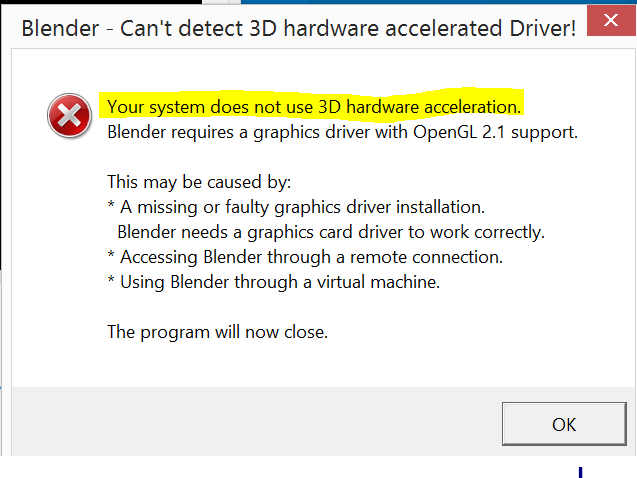 Even though whenever I checked, it DID use the hardware acceleration?

I cannot comment on m.ardito's comment due to my rep level. But, I want to add that I was having this problem with version 2.78 when I got this error. I went to SourceForge and found version 2.76. I did get the message when I started the app. But, in this version you are allowed to proceed to open and use the app. The message is just a warning with version 2.76.

I haven't had any problems so far. But, I'm only doing simple beginner stuff.

I should note that I am using library computers and running the Portable version off my flash drive. Some of the library computers will run version 2.78 and some won't. There are about 50 computers in each of the different library branches I visit. None of the computers are configured the same way. And, they just started installing Win 10 on some computers, which may cause...who knows what.

You should get "software" OpenGL: