I wanted to plug a bump map into the normal inputs of a Diffuse and a Glossy shader. But if that is done, for some unknown reason it renders only on part of the mesh.

A line across the image will appear. On the left side of the image below it looks fine, but on the right side it isn't. It looks as if it has rendered image without the Bump map plugged into the Normal input of the Glossy shader. 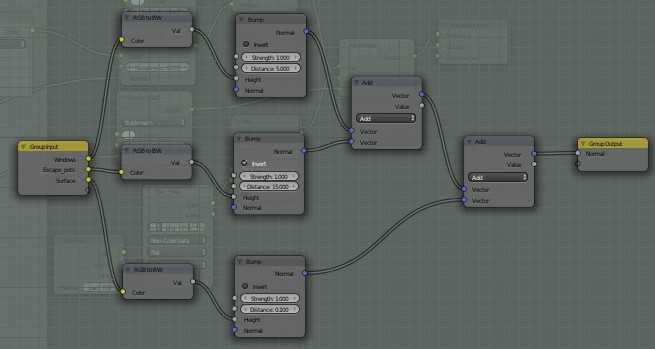 I used spec map as factor of Mix shader: 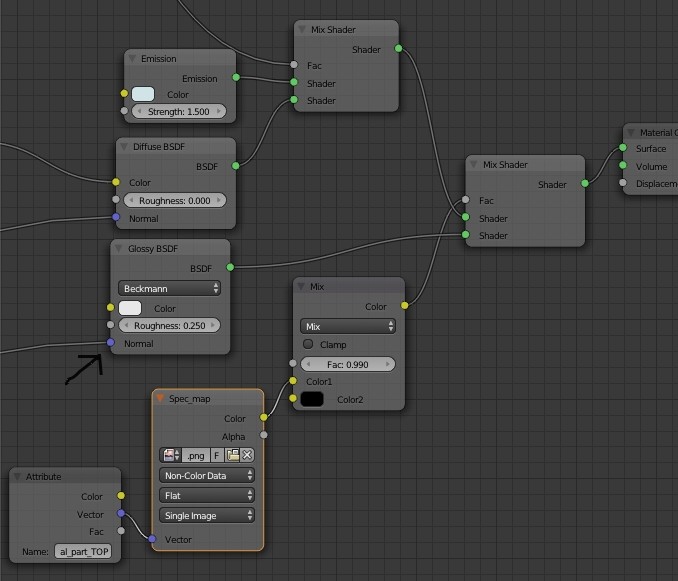 I discovered that the problem is caused by Bump map plugged into Normal input of Glossy shader.

It seems that the artifact is caused by the last "Add" node in the Bump map group connection which is combining all free bumps together.

if the Blend type is changed to e.g. "multiply", the line across the image (the artifact) will disappear. However, the resulting image is much to dark. Which is obvious (wrong blend type).

So why does the blend type "Add" on the last node of Bump group cause this issue?

In short, adding all those values together is making bump values that are larger than the reasonable range.

Those add nodes shouldn't have anything to do with color. You can't necessarily expect that the color you want is also exactly the bump value that you want. You should manipulate the color of your shader seperately from the bump of your shader, even if you have to input the same image twice.

I hope this helps!

Not the answer you're looking for? Browse other questions tagged rendering cycles-render-engine materials shaders or ask your own question.

20
Using a Normal map together with a Bump map
3
How does the bump node work?
0
How do you apply a gloss map?
0
Normals Disable Smooth Shading?
1
How to attach a Bump Node to a Node setup containing many shaders in Cycles?