I am looking to save the render preview as image without taking a screen shot. I am just trying to render it sample by sample as my machine gets heated up like crazy when fully rendering with only 200 samples. I know about rendering in parts but would really just like to render sample by sample and save the image once i am happy with the result. Any suggestions appreciated.

What you ask is not possible directly. It's possible only to use a workaround - basically the same technique as for stacking images in compositor.

Render with Progressive Refine enabled (to get the whole image at once) until satisfied with amount of noise for one iteration, stop the render. Change the frame to get different noise pattern. Render once more into another file / render layer (i.e. create additional Render Layer, select it and enable Pin icon to render only active one; repeat for all layers). Overlay the results in the compositor. 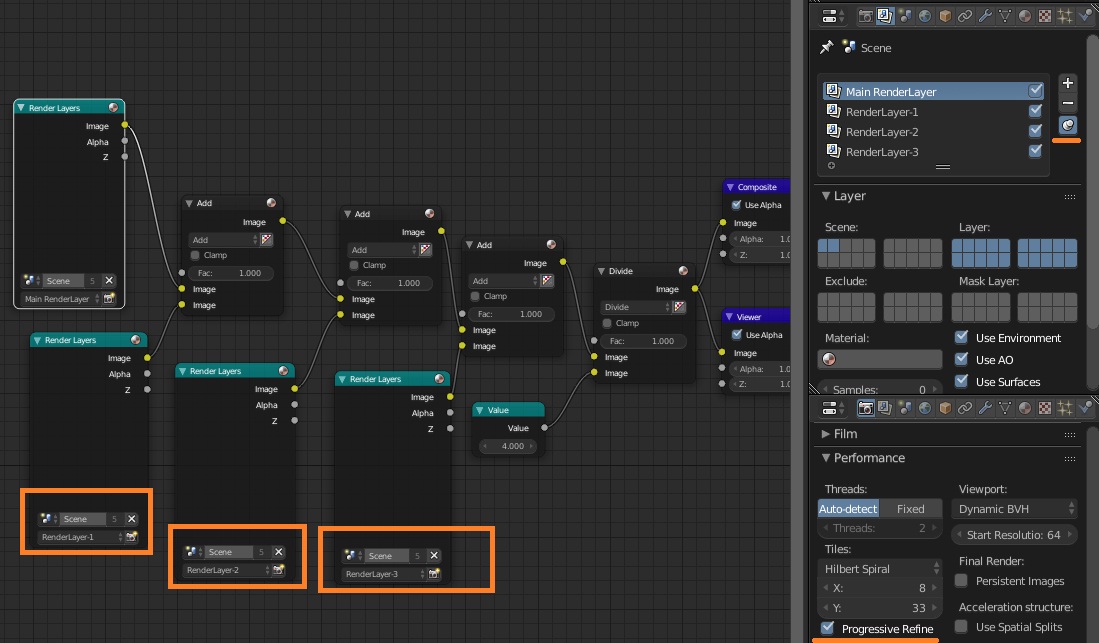 Setup with saving to Render Layer nodes is shown; the one with images will be the same but opening files instead. Find the most appropriate file format for that operation

Now once you decide the image is still too noisy, render several times more and overlay them the same as before (so add several more Render Layer nodes and increase value of the Value node).

Note: this isn't intended to be used instead of the final render (although it can be used as asked - render the same a bit more and overlay on top of already saved image). While this technique can be used to save the final render results in some cases, in most of them it might not be worth time spent on it. Instead it should provide you with 2 things:

74
How to avoid noisy renders in Cycles?
21
Can you change the render seed for each frame of an animation in cycles?
12
Stacking cycles renders in the compositor?
2
What advantages in using progressive rendering?