Here a pistol that I'm trying to model for a game.

I watched a video where a guy made a whole rifle with way less faces than I have and his looked really good, while mine still doesn't look that great. I know part of it is just experience but there has to be something that I'm doing wrong that could be corrected.

Obviously there are a lot of unnecessary faces but I had to subdivide my model because there were some parts of it that were just looking horrible. If you want to give me some tips that would be great or if you want to just link me to a really detailed tutorial that might help my situation. 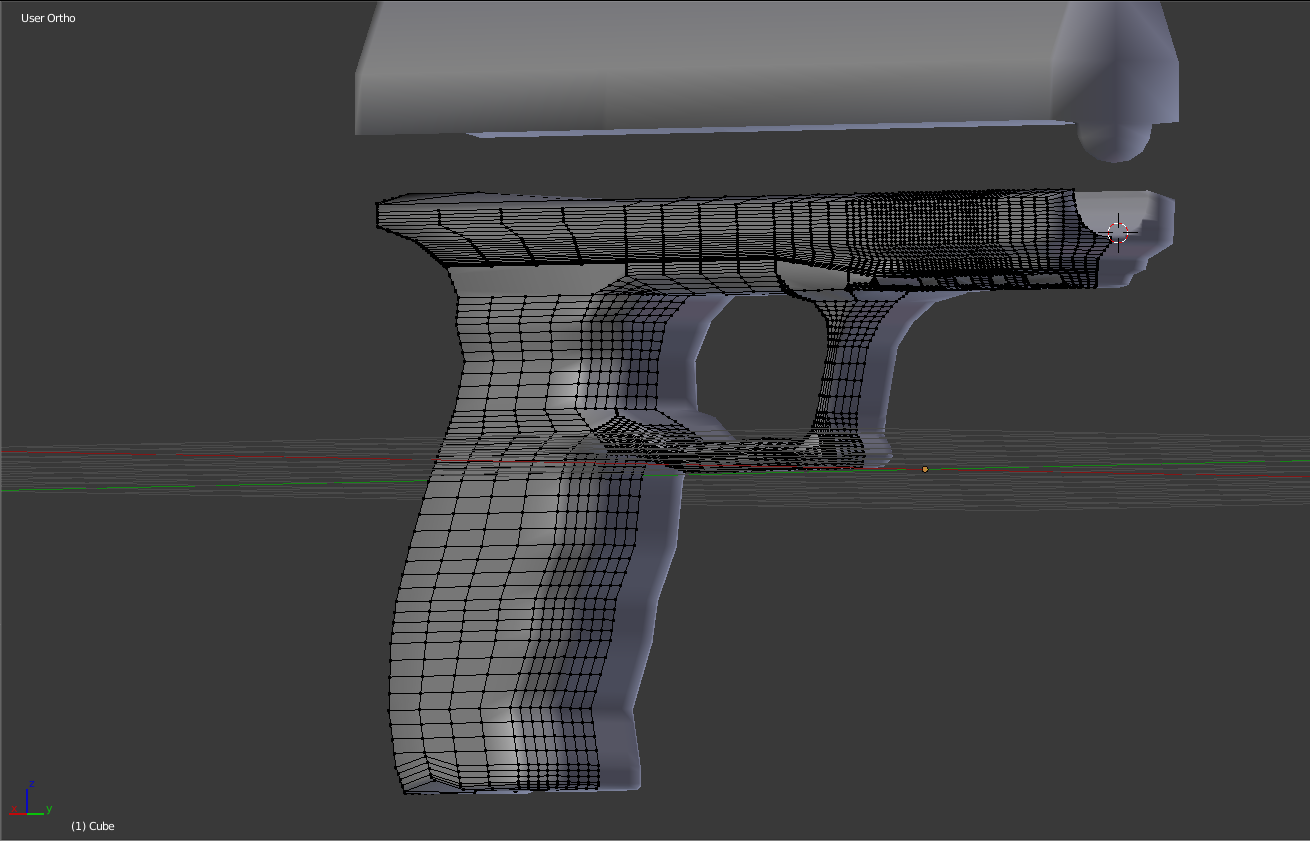 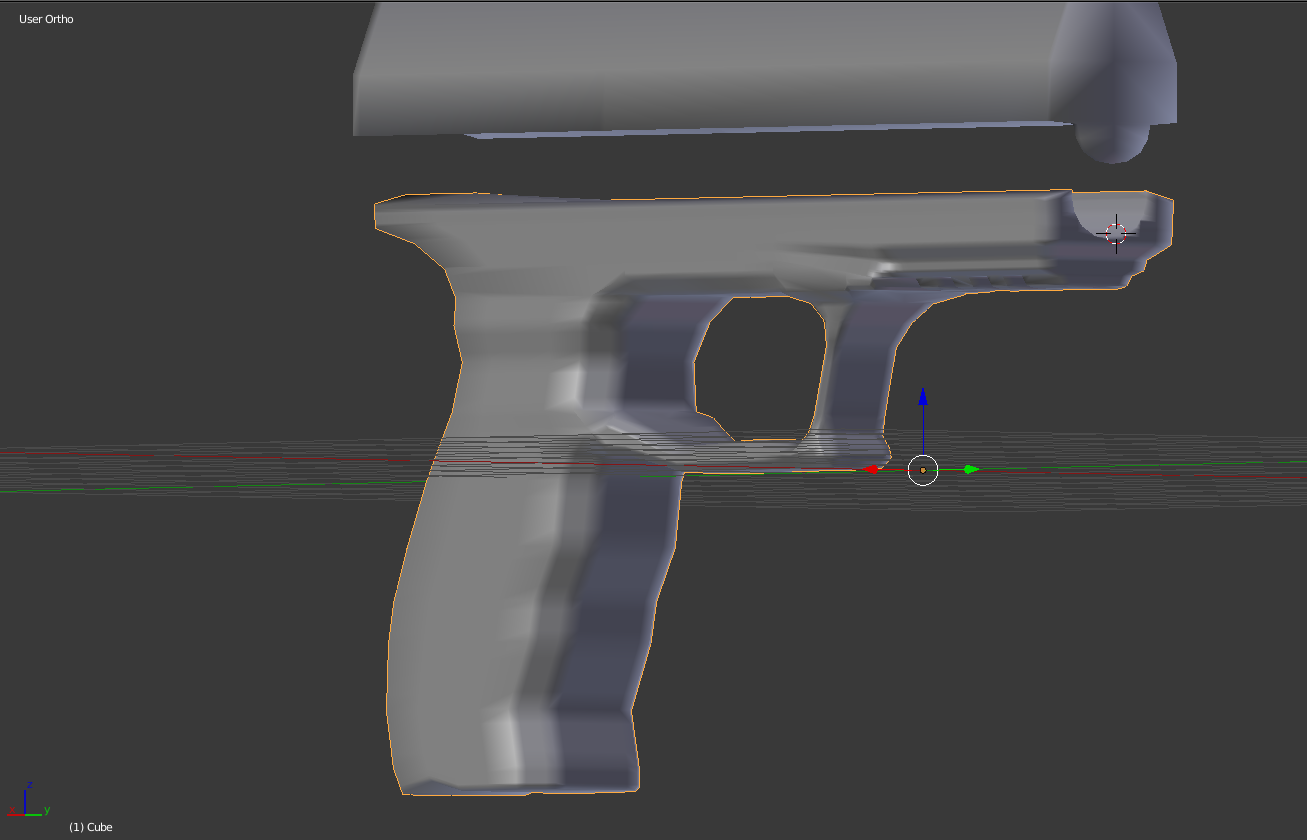 You probably need to learn about working with Subdivision Surface based meshes and adding control loops to control subdivision.

Try working with a lower poly version of your model as base mesh and add details only as needed dynamically with a Subsurf modifier on top.

That not only make modeling a lot easier and manageable, because there are a lot less vertex around to control, but also reduce polygons considerably.

You can control the number of subdivisions dynamically before exporting, without having to rebuild your model from scratch.

Not the answer you're looking for? Browse other questions tagged modeling mesh subdivision-surface or ask your own question.

4
Unable to find "Subdivide Smooth" option in blender 2.8
4
Complexity versus NGons!
1
Why does the Multiresolution leave bumps in my mesh?
0
Experimental sub surface modifier making the mesh look layered, seemingly not due to ngons?
1
How can I unsubdivide regions of flat faces with Python?
2
I'm having trouble trying to understand the topology & model this shape
0
i'm having a trouble bridging my object
1
How can I reduce poly count, but retain quality?