So I imported a model into Blender that already has vertex groups and a skeleton. I then imported a metarig and made it the exact same shape as the imported skeleton. I applied the armature modifier and deleted the custom skeleton and then I made another armature modifier and set the object to the Metarig. The mesh deforms fine. So then I generated a rigify for the model and it worked out fine. However, I went to the DEF bones layer and I saw that the arm and leg bones were subdivided. So I then set armature deform of empty groups to the bones and I renamed the original vertex groups to the arm and legs vertex groups. I then cut the weight paint in half for the subdivided bones manually like so:[![enter image description here][1]][1] 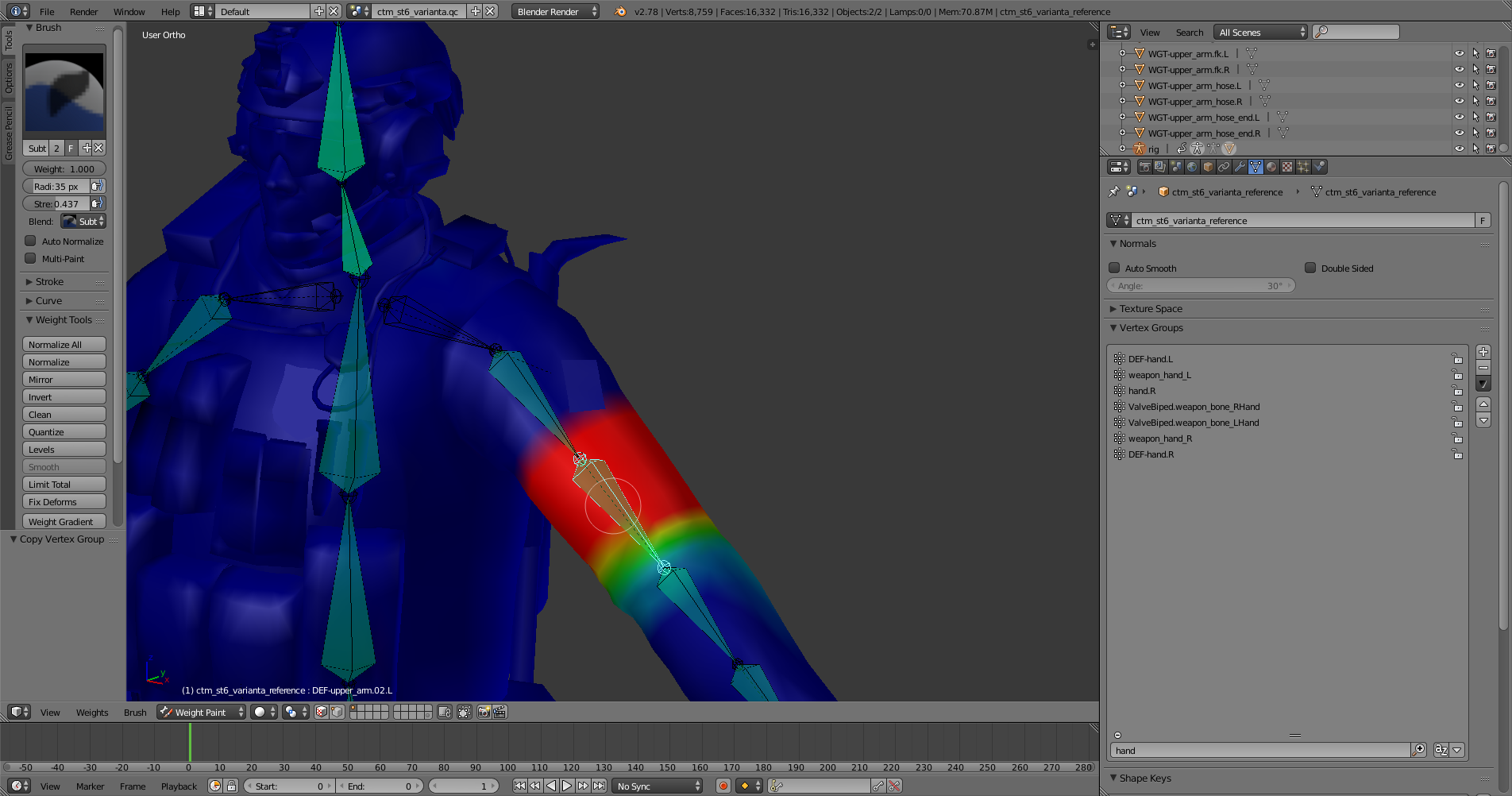 But when I pose the arm, the mesh deforms incorrectly at the armpit: 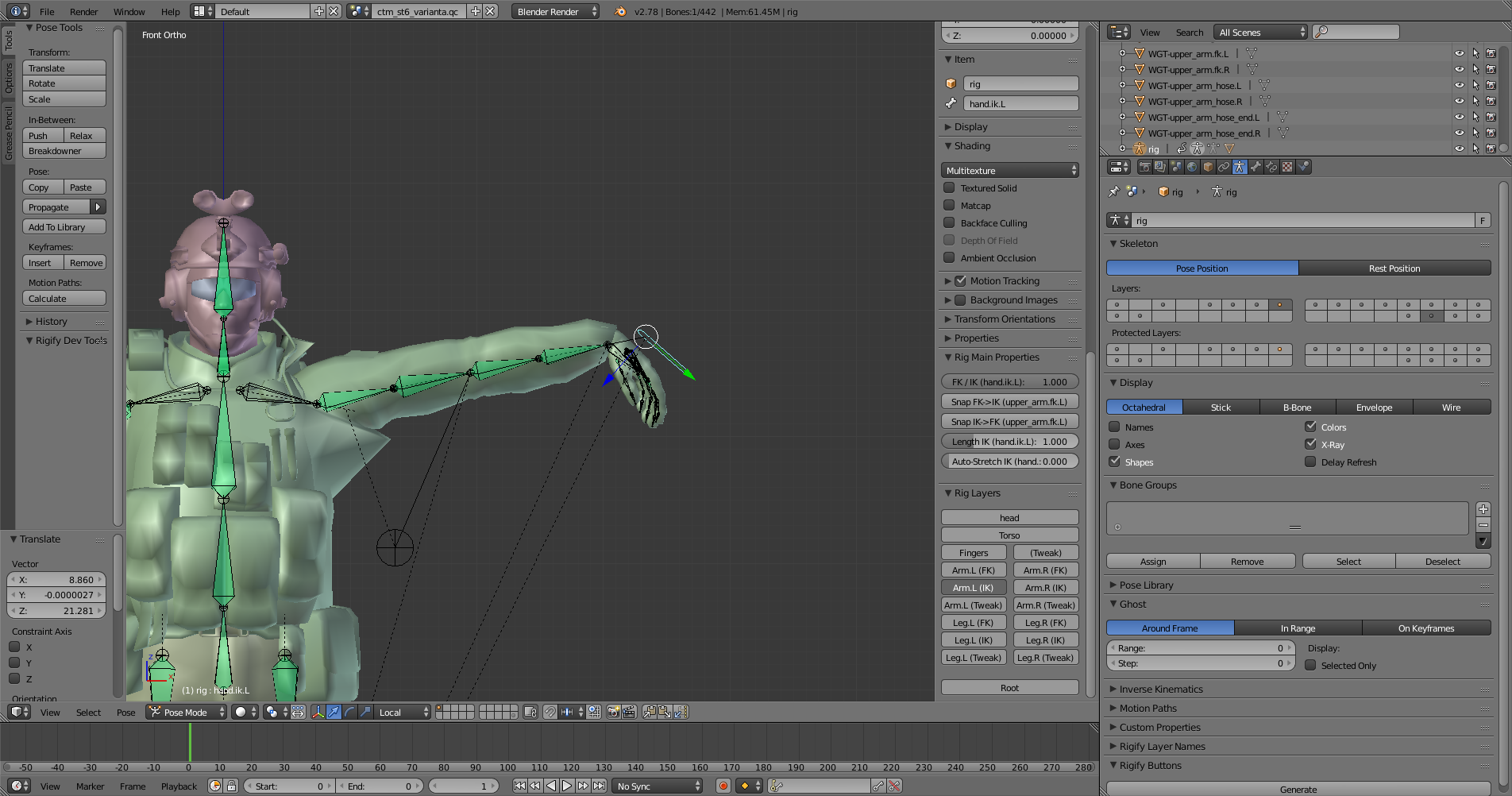 What should I do to fix the mesh deform problem? Auto weights is not an option because this model has too many accessories like a crowbar and many pouches. Thanks for your time.

I know what I did wrong! The bad mesh deform is because I didn't rename all of the vertex groups and just the arm groups. The weight paint was overlapping from the chest vertex group and renaming it fixed the bad deform.

Not the answer you're looking for? Browse other questions tagged bones weight-painting rigify vertex-weights or ask your own question.