VSE how to transition from one video strip to another with effect like turning (flipping) page?

I would like to setup a video transition that looks like if you were turning a book page (with the current strip image) so that the new video strip appears after page is turned.

Is there a way to do this transition in BLENDER VSE?

In VSE I don't know how. However you can model a book, and on the pages you can build a double sided material: you need a geometry node with "backfacing" connected to the fac of a mix shader node. Connected to the mix shader's shader slots, will be the 2 movies/image sequences you want for the transition. Next, you just need to rotate the page as you want/need. There are tutorials on model a book or animate the pages, like this one: https://vimeo.com/11232299 node setup would be something like this https://blenderartists.org/forum/attachment.php?attachmentid=154566&d=1316065621&thumb=1 I talked to a friend and he recommended a external free software called VSDC video editor, as it is easier to acomplish this (http://www.videosoftdev.com/free-video-editor/download)

The VSE is not built not make 3D effects. But neither were the edit systems of last century and they could do it. So lets try.

First thing to do is grab 2 source images to transition between.

Then decide how long the transition will be. This is important as the effect is made up of wipes which are variable length and animated transform effects, which you'll need to modify by moving keyframes.

Notice that the wipe goes from the background image to the Metastrip stack. It is labelled Wipe Background. The next part is key! There is a wipe from the Wipe Background metastrip to the incoming shot, it is called Wipe Incoming. They are both oriented at 45 degrees.

Inside the Metastrip is the rotated and translated image, there is also a drop shadow and highlight effect. 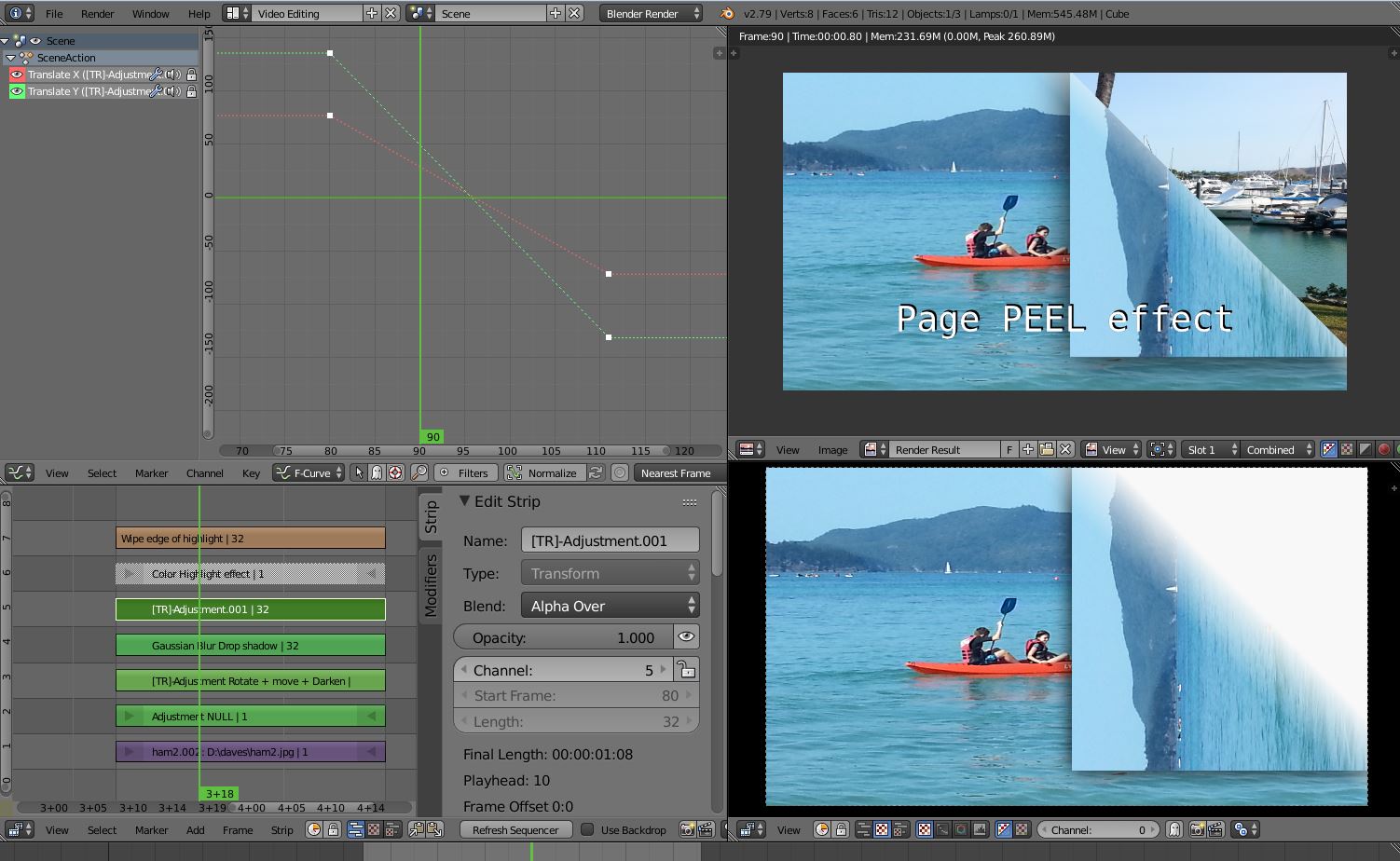 Then the adjustment layer gets a transform effect strip that is rotates the image 90 degrees, anti-clockwise and moved to the top right corner. This is animated to the lower left corner. When you add a wipe of the same duration it looks like a page peel.

First I add a Gaussian blur to the Transform strip, then I duplicate the Transform layer above the blur strip. The first transform effect gets a Curves modifier to make it all black, this will be the drop shadow. 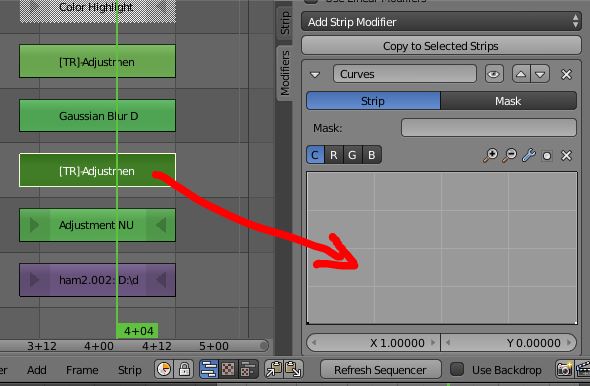 Above the Transform effect strip I add a a color effect and make it all white. Then I add the same wipe between the white and the Transform strip. When you soften the wipe it makes a fake Highlight.

The metastrip can quickly be altered to work with any source strip, but the wipes will have to be applied to the strips. Although you could add an Adjustment effect strip to the incoming strip, making it a completely stand alone effect.

Not the answer you're looking for? Browse other questions tagged video-sequence-editor effects or ask your own question.

4
How to make a VSE scene strip render with the openGL render?
1
A better way to composite one video sub-clip over another with chroma key?
2
How to add a range of separate images to VSE without merging them in one video strip?
4
Transition from one background to another as object moves in front of camera
3
Blender Video Editing: How to create custom effect strip?
1
How can you render out just the audio from a video in VSE?
0
color strip or picture unfolding from one side to another in video editor
3
How can I use a black & white video transition in VSE?
1
Video with alpha channel from Blender not showing transparency when imported into VSE